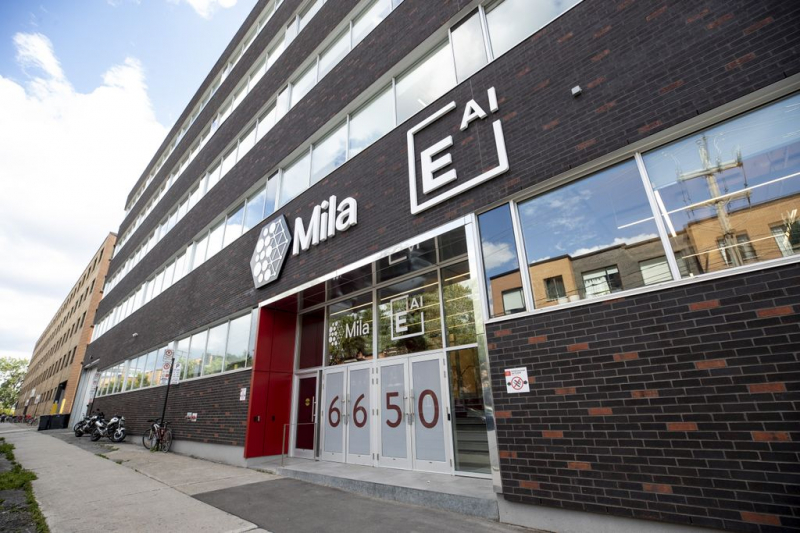 Mila relies on the applications of artificial intelligence that influence everyday life.

Share November 13, 2020 6:59 a.m. Updated at 7:00 a.m. Share Google reinvests $ 4 million over three years at Mila for AI research Jessica Beauplat The Canadian Press MONTREAL – Google renews its commitment to the Quebec Institute of Artificial Intelligence, the Mila, with an investment of $ 4 million over three years. Led by Yoshua Bengio, one of the pioneers of artificial intelligence (AI) in the world, the Mila will continue its research on the various applications of AI, particularly in the health sector and the fight against COVID 19.

According to Mr. Bengio, “Google's investment will allow us to do research to push the boundaries of artificial intelligence”.

The director of Google IA in Montreal, Hugo Larochelle, summarizes in two words the reason for this support for Mila: Yoshua Bengio. All over the world, great advances in the field of AI are the direct result of the work of the professor at the University of Montreal and director of MILA, he explains.

“He has embarked on the production of an ecosystem, to create a first-class environment, to support the training of the next generation of researchers and his efforts are bearing fruit,” according to Mr. Larochelle.

Mila relies on AI applications that influence everyday life. The Mila team is currently working on LambdaZero, an algorithm that will help scientists find the most effective molecules to make new drugs. This system will make it possible to predict which combinations are most likely to work.

At the moment, the process of finding a good cure takes an average of ten years, since there are so many molecules that the possible combinations are almost endless. Scientists under Bengio want to develop a tool that will predict the right combination much faster.

In January, thanks to the LambdaZéro project, they will also begin tests to identify a new drug capable of fighting COVID-19.

Invest for the future

Montreal is continuing its marathon to maintain its place in the leading pack of the global artificial intelligence (AI) ecosystem thanks to various investments from the private sector, but also thanks to the financial support of the provincial and federal governments.

As part of the Pan-Canadian Artificial Intelligence Strategy launched in 2017 by the federal government, $ 125 million has been granted to various research groups. Strategy Director Elissa Strome estimates that 30% of this amount went to Mila.

These investments are necessary not only to attract talented students and researchers, but also to keep them in the country. Competition in this sector is very strong, she recalls, hence the need to create an environment favorable to the development of AI to encourage the next generation.

In just three years, Ms. Strome has seen the face of the industry change. She noted a 50% increase in foreign investment in AI in Canada.

It is an innovative industry that is developing a variety of smart applications that can help lower healthcare system costs with tools that manage the schedules of patients, employees or operating rooms, he says. -she example.

Teilor Stone has been a reporter on the news desk since 2013. Before that she wrote about young adolescence and family dynamics for Styles and was the legal affairs correspondent for the Metro desk. Before joining The Bobr Times, Teilor Stone worked as a staff writer at the Village Voice and a freelancer for Newsday, The Wall Street Journal, GQ and Mirabella. To get in touch, contact me through my teilor@nizhtimes.com 1-800-268-7116
Previous Article“Folie furieuse” for Quebec Christmas trees [VIDEO]
Next ArticleQuebec loses $ 125 million with Kruger