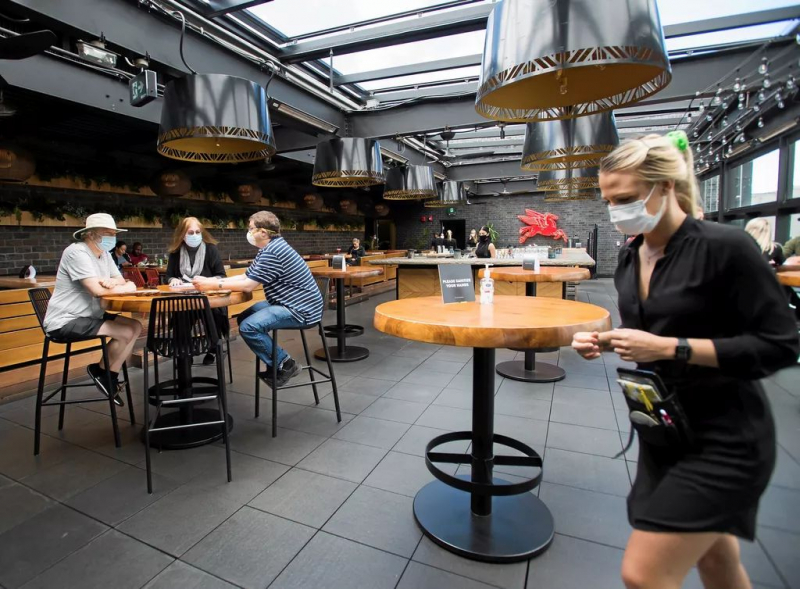 David Lefebvre describes this provincial program as “the most generous in Canada for the moment”.

He attests that his enthusiasm is also shared by its members who demanded financial support to cover fixed costs such as rent and association fees during the period when restaurants in the red zone are closed.

He describes this provincial program as “the most generous in Canada so far”. This program includes “forgivable” loans – the “forgiveness” cannot exceed 80% of the amount of the loan taken or $ 15,000.

Mr. Lefebvre says he is satisfied with the government's desire to work with restaurateurs on this file.

Around $ 100 million for businesses forced to close in October [VIDEO]

Same story with the Association des restaurateurs du Québec. In a telephone interview with The Canadian Press, François Meunier seems relieved. “It's not a program that is perfect, there are certainly needs that will be forgotten, but it is help that is ultimately welcome for the establishments which have to close their doors today”, emphasizes -he.

“It will keep us alive and it will allow us to keep our heads above water,” he said, also qualifying the assistance from the Quebec government as “generous”. However, he would like to remind you that the next few months will be difficult. “We can forget the holiday season,” he said, adding that he wanted restaurants to reopen as soon as possible.

“The Federation of Chambers of Commerce of Quebec (FCCQ) welcomes the measures to help affected businesses,” one could also read in a press release. The FCCQ specifies, however, that to ensure the effectiveness of the program, these sums must be quickly accessible to those who need them.

She would also like “that the conditions of the program are flexible as much as possible, in particular on the concept of forgivable loan. The main thing is to quickly support the greatest number of businesses in order to avoid permanent closures, ”said Charles Milliard, President and CEO of the FCCQ.

“The program should also adapt to the situation, so continue beyond October 28 and be enhanced as needed. We are confident that the government will be attentive to this effect and take the right steps, ”he said.

The Chamber of Commerce of Metropolitan Montreal welcomes the aid measures announced and “would like to congratulate the Prime Minister, François Legault, the Minister of Economy and Innovation, Pierre Fitzgibbon, as well as the Minister of Finance. , Eric Girard, for having heard the distress of restaurateurs and bar owners and for having developed an immediate response ”.

Tomorrow the CAQ government will announce aid measures in the cultural sector.

– This report was prepared as part of the Facebook and The Canadian Press News Scholarship program.

Teilor Stone has been a reporter on the news desk since 2013. Before that she wrote about young adolescence and family dynamics for Styles and was the legal affairs correspondent for the Metro desk. Before joining The Bobr Times, Teilor Stone worked as a staff writer at the Village Voice and a freelancer for Newsday, The Wall Street Journal, GQ and Mirabella. To get in touch, contact me through my teilor@nizhtimes.com 1-800-268-7116
Previous ArticleDE LA FONTAINE sets up a fourth plant on American soil
Next ArticleMedia content: Google to pay US $ 1 billion for three years