Healed from COVID-19, Yves-François Blanchet and Erin O'Toole back in parliament 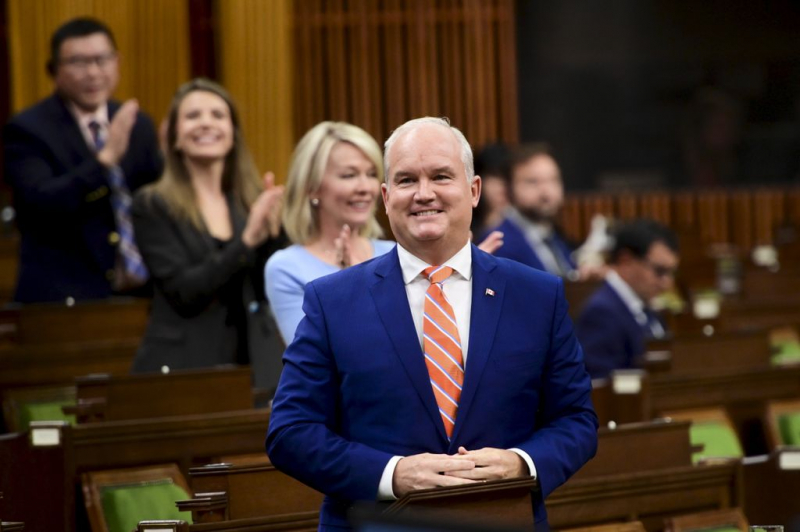 Erin O'Toole delivered her response to the Speech from the Throne, a week after the Governor General read the document.

Share September 30, 2020 2:29 p.m. Updated at 7:15 p.m. Share Cured of COVID-19, Yves-François Blanchet and Erin O'Toole back in parliament Catherine Lévesque The Canadian Press OTTAWA – A few hours after coming out of his isolation, the Conservative leader Erin O'Toole was already in the House of Commons to deliver a pre-election-flavored speech.

Mr. O'Toole delivered his response to the Speech from the Throne, a week after the Governor General read the document. He had been forced to stay at home for 14 days after testing positive for COVID-19 earlier this month.

Wednesday afternoon, no sign of fatigue or symptoms of the virus as the Conservative leader unreservedly vilified the Trudeau government.

For nearly an hour, he criticized the Liberals' management during the pandemic, lamented regional divisions across the country and Ottawa's centralizing view of the provinces, deviating from his written notes – in English, only – to attack the government more beautiful.

On several occasions, he wanted to present his vision for his “government on hold” and, himself, as a prime minister on hold.

He did so in particular by wanting to present his vision of decentralized federalism.

“Our country is a confederation, an alliance of provinces. Provinces that share a common destiny, and a common dream. And the Prime Minister of Canada must be the hyphen that unites them, ”said Mr. O'Toole in French.

“As Prime Minister, I will be a partner, not a paternalist,” he continued.

The leader of the Bloc Québécois, Yves-François Blanchet, also returned to the Commons on Wednesday. He was released from solitary confinement on Saturday, but under Ontario public health guidelines, could not enter parliament before that date.

Speaking at a press conference, he said he was lucky to have had few symptoms.

“Some people get through it a lot more painfully than I do. (…) I was very, very, very lucky. Some people die from it, ”declared Mr. Blanchet solemnly.

The Bloc leader will reply to the Speech from the Throne on Thursday afternoon.

Teilor Stone has been a reporter on the news desk since 2013. Before that she wrote about young adolescence and family dynamics for Styles and was the legal affairs correspondent for the Metro desk. Before joining The Bobr Times, Teilor Stone worked as a staff writer at the Village Voice and a freelancer for Newsday, The Wall Street Journal, GQ and Mirabella. To get in touch, contact me through my teilor@nizhtimes.com 1-800-268-7116
Previous ArticleHouse of Commons unanimously passes worker support law
Next ArticleDeath of Joyce Echaquan: “the worst form of racism”, denounces Justin Trudeau

Copyright © 2020 The Nizh Times. All Rights Reserved. Theme by