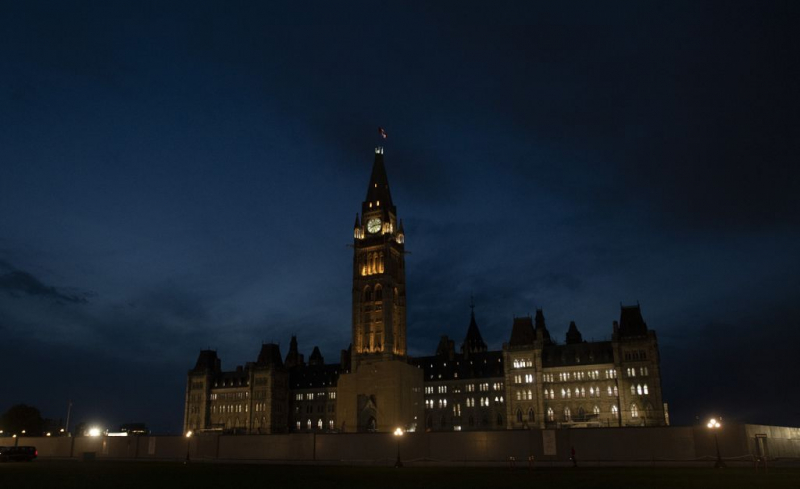 In the process, the minority Liberal government survived its first pandemic-era 'vote of confidence', at least for now assuring that there will be no election, as cases of COVID -19 climbs dangerously across the country.

Bill C-4 was passed in the House of Commons early Wednesday morning, after a day of political maneuvering and only four and a half hours of debate on the actual content of the bill.

In the end, Conservative MPs, who had strongly protested the rushed implementation of the bill and used procedural tactics to delay it, voted in favor. The same was true of the members of the Bloc Québécois, who were also opposed to an accelerated procedure.

The bill has yet to be passed by the Senate, which is due to meet on Wednesday to rule quickly.

Government House Leader Pablo Rodriguez had ruled earlier Tuesday that the vote in the House of Commons would be nothing less than a “vote of confidence”. Which means that the Liberal minority government would have fallen if the bill had been defeated.

However, this possibility has always been unlikely, since New Democrat Leader Jagmeet Singh had previously indicated that his party would vote in favor of the bill because the Liberals agreed to increase aid benefits and extend the benefits. eligibility criteria for sick leave.

The bill replaces Canada's emergency response benefit of $ 500 per week, which ended last weekend after helping nearly nine million Canadians weather the effects of the pandemic.

The bill also creates a new sick leave benefit and another new benefit for those forced to take time off work to care for a dependent due to the pandemic.

At the request of the NDP, the government has increased the new benefits offered to $ 500 per week from the $ 400 originally proposed, so that no one receives less than what they were receiving with the PKU.

It also broadened the eligibility criteria for the sick leave benefit so that it applies not only to people who contract COVID-19, but also to those with underlying health conditions or illnesses. other illnesses, including the flu or the common cold, which make them more vulnerable to COVID-19.

Employment Minister Carla Qualtrough estimated the new measures would cost $ 34 billion. The bill also included some $ 17 billion in other spending related to COVID-19.

The NDP reluctantly agreed to support expedited processing of the bill to give confidence to ECP recipients that they will not be left adrift now that the ECP has been abolished.

But the opposition parties accused the Liberal government of ramming this bill down their throats.

They highlighted Justin Trudeau's decision last month to prorogue Parliament, which kept him from dealing with any bills until parliamentary business resumed last week. Opposition parties have also accused the Prime Minister of using prorogation to shut down parliamentary committees investigating the WE Charity scandal, over a possible conflict of interest between Justin Trudeau and the former minister. of Finance Bill Morneau.

That evening, Conservative MP Michael Barrett forced a debate to pass a motion to call attention to another case of Liberal ethical laxity. His motion called for an apology from former Liberal MP Joe Peschisolido for violating conflict of interest rules while still sitting in the Commons.

A report by Ethics Commissioner Mario Dion was released on this case eight months ago. The document concludes that Mr. Peschisolido has repeatedly failed to declare his interests.

Prince Edward Island Liberal MP Wayne Easter agreed that the matter was worth debating, but the timing was wrong.

However, this debate delayed the progress of the passage of Bill C-4 by more than two hours.

The Conservatives delayed the bill again on Tuesday by proposing an amendment to a government motion to speed up the passage of the law. The amendment, which would have allowed several more days of debate, was rejected by the Liberals, with the support of the NDP.

However, Senator Scott Tannas, leader of the Canadian Senate Group, on Tuesday notified that he will bring forward a motion requiring at least a week of debate on all future proposed government laws during the pandemic. In a “real emergency,” his motion would force the government to argue in the Senate why a bill should be passed quickly.

Pablo Rodriguez has indicated that another emergency bill – to extend rent relief for businesses – could be on the table. Following an evening cabinet meeting on Tuesday, he told reporters that the government was well aware that businesses had to pay their rent on Thursday and that “I can tell you that we are not going to let them down.”

Unlike the House of Commons, which resumed all of its normal functions last Thursday using a hybrid format – with only a few dozen MPs actually in the chamber and the rest participating virtually, the Senate has yet to resume its regular sittings. Since mid-March, the Senate has only sat periodically for a few hours to quickly debate and adopt legislation on emergency aid.

In a statement, Scott Tannas said members of his caucus wanted the Senate to adopt a format similar to that currently used in the Commons. And he said they were “frustrated by the government's continued pressure on the Senate to simply give swift approval to large and complex pandemic legislation, spending billions of dollars without making any effort. 'thorough reviews and with little or no debate.'

Senator Marc Gold, the government representative in the Senate, said “collegial” discussions about the “operational continuity” of the Senate during the pandemic were underway. He declined further comments.

Teilor Stone has been a reporter on the news desk since 2013. Before that she wrote about young adolescence and family dynamics for Styles and was the legal affairs correspondent for the Metro desk. Before joining The Bobr Times, Teilor Stone worked as a staff writer at the Village Voice and a freelancer for Newsday, The Wall Street Journal, GQ and Mirabella. To get in touch, contact me through my teilor@nizhtimes.com 1-800-268-7116
Previous ArticlePQ race: one more step for activist Sylvain Gaudreault
Next ArticleHealed from COVID-19, Yves-François Blanchet and Erin O'Toole back in parliament