How long will Robert Sargeant spend in prison? 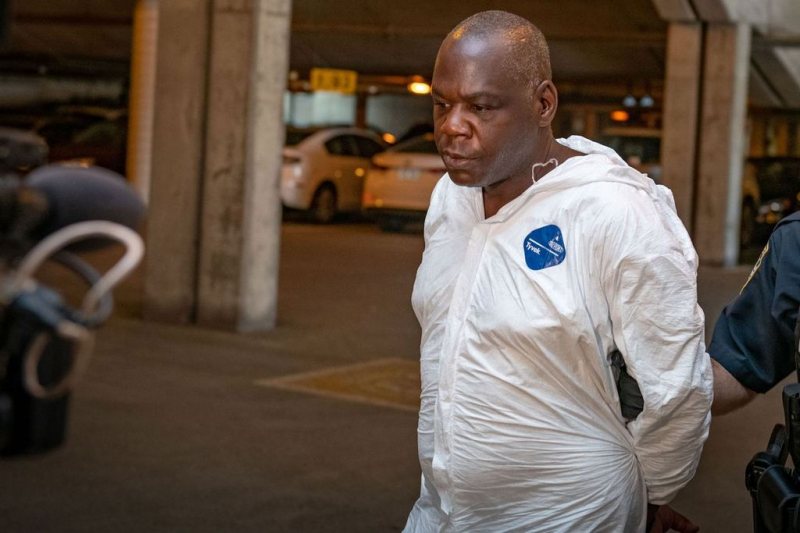 René-Charles Quirion La Tribune The question is no longer whether the individual who killed Félix Bergeron in downtown Sherbrooke in the summer of 2018 is a dangerous offender, but how much time he will spend behind the bars.

A debate on the length of Robert Sargeant's detention will take place next December at the Sherbrooke courthouse.

Robert Sargeant admitted to having stabbed Félix Bergeron to death at his home on rue Sanborn in Sherbrooke in July 2018.

He pleaded guilty in June 2019 to the charge of manslaughter of Félix Bergeron and to the conspiracy of break and enter to commit a robbery there with William Pratte and Brandon Vaillancourt.

The criminal prosecutor Me Claude Robitaille will ask that Sargeant's sentence be indefinite, while the defense lawyer Me Vinh Nguyen will plead in court that a specific sentence be imposed and that a duration be dictated for the period in which Sargeant must be controlled.

Two experts, one for the prosecution and the other for the defense in addition to Robert Sargeant should be heard before Judge Conrad Chapdelaine of the Court of Quebec.

“The debate will be held not on whether he is a dangerous offender or not, but more on a sentence that will be determined by the Court or not,” explains the prosecutor.

” That's right. An expert has met my client. He confirmed the dangerous offender statement to me. It is at the level of the sentence that we are going to debate, ”added the defense lawyer to the court.

Procedures in Robert Sargeant's case were delayed due to his state of health.

“I will send a letter to the court to inform him of his state of health. The treatments that he follows mean that he may have loss of concentration. I want to make sure that he can be mentally and physically present for an hour and a half, ”says Mr. Nguyen.

It is a cell phone transaction that went wrong that is at the origin of this affair which cost Félix Bergeron his life.

The trio went to Félix Bergeron's home to retrieve a cell phone that Sargeant had bought from Bergeron.

A baseball bat was brought there, but was never used during this “visit” which aimed to recover the cell phone, but also the drug from the person who was to become the victim in this case.

While Vaillancourt was chatting with Félix Bergeron, Robert Sargeant entered the apartment on rue Sanborn.

A fight broke out between Sargeant and Bergeron.

Sargeant stabbed Félix Bergeron seven times, including one to the heart which was fatal to him.

Pratte and Vaillancourt stole the drugs that were in the apartment.

They left the scene convinced that Félix Bergeron was out of danger.

William Pratte and Brandon Vaillancourt were sentenced to 90 days in jail to serve weekends and 240 hours of community service.

Teilor Stone has been a reporter on the news desk since 2013. Before that she wrote about young adolescence and family dynamics for Styles and was the legal affairs correspondent for the Metro desk. Before joining The Bobr Times, Teilor Stone worked as a staff writer at the Village Voice and a freelancer for Newsday, The Wall Street Journal, GQ and Mirabella. To get in touch, contact me through my teilor@nizhtimes.com 1-800-268-7116
Previous ArticleJanvier Leroux formally identified
Next Article$ 9,300 for the communication contract on tax credits