“I won't let him win” – a victim of Pascal Montembeault 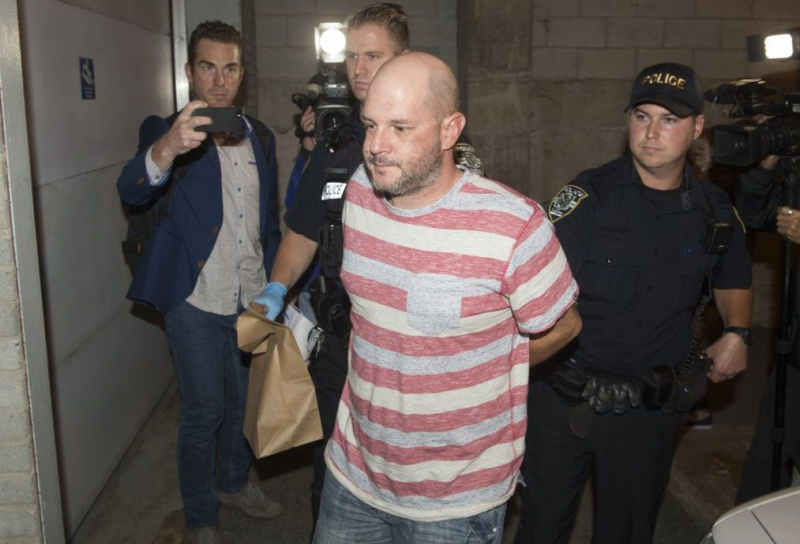 Pascal Montembeault will have to spend another eight years and ten months behind bars for having committed crimes on 105 minor victims across Quebec and even in France over a period of nearly three years.

René-Charles Quirion La Tribune “I won't let him win. I now want to move on. You need to go forward. “

The Sherbrooke teenager who allowed the arrest of the sexual predator Pascal Montembeault would have liked him to be sentenced to a sentence beyond the 13 and a half years that were imposed this week by the court.

The 41-year-old man from Trois-Rivières will have to spend another eight years and ten months behind bars for having committed crimes on 105 minor victims across Quebec and even in France over a period of almost three years.

The teenager by whom Montembeault went from the crimes behind the screen to those committed against her in a park in Sherbrooke attended the decision of Judge Claire Desgens of the Court of Quebec by videoconference.

She subsequently met the criminal prosecution attorney Marie-Line Ducharme who explained the decision to her.

“I certainly find that it is not a lot of years in prison. We were not just five, but we were 105 victims. We will live our whole life with the consequences of the crimes he committed, ”explains the victim.

The latter fears the risk of recurrence of Pascal Montembeault who was qualified to be above average by Judge Desgens.

“I hope he won't endanger the population by going out. I intend to be present during his release process on parole. I had denounced precisely to protect the other girls so that he does not start again ”, indicates the teenager.

The teenager deplores the length of the legal process.

More than three years have passed between her denunciation for the crime she suffered in August 2017 and the conviction of Montembeault this week.

“I thought it was going to be sorted out quickly. Even if he pleaded guilty, all the victims and I had to live with these unbearable delays ”, underlines the young woman.

She is still angry with Pascal Montembeault for having stolen the end of his adolescence by the crimes of computer lure, then the acts of sexual assault he committed against her.

“I do not understand why he reproduced gestures that he experienced. I must now live with the consequences of this assault for things that he had not resolved, ”said the victim.

“It was very dark in the tunnel, but now I'm almost at the end and I can finally see the light. ” – A victim

Treated in child psychiatry as well as for eating disorders, the teenager had to take a multitude of drugs following the assault suffered in a park in Sherbrooke.

But she's going up the slope.

She has just been accepted into the college program of her choice.

“I lost a year because of it all. But at least I just got a positive response. I will be finishing high school in the next few months before leaving the region for my studies. I want to move on. It was very dark in the tunnel, but now I'm almost at the end and I can finally see the light, ”points out the courageous victim.

The strength and courage of this victim, those of another who testified during observations on the sentence as well as those of the other victims were underlined by Judge Desgens in the decision rendered Thursday at the Sherbrooke courthouse .

“These two young women gave a powerful tale of what your deviant actions did to them when they were still teenagers. Their testimonies were still tinged with the suffering that still inhabits them to this day. They eloquently described the enormous impact your crimes had on their lives, starting with the shame of having been so deceived and manipulated to the more significant injuries of having been assaulted in what they had more. precious, their heart, their soul, their dignity and their privacy, ”said Judge Claire Desgens.

The latter reminded Pascal Montembeault of the testimony of the mother of this Sherbrooke victim who had mentioned that “you had not only stolen the adolescence of her daughter, but that you had killed her”

Teilor Stone has been a reporter on the news desk since 2013. Before that she wrote about young adolescence and family dynamics for Styles and was the legal affairs correspondent for the Metro desk. Before joining The Bobr Times, Teilor Stone worked as a staff writer at the Village Voice and a freelancer for Newsday, The Wall Street Journal, GQ and Mirabella. To get in touch, contact me through my teilor@nizhtimes.com 1-800-268-7116
Previous ArticleA sixth complainant testifies against Étienne Lavoie
Next ArticleRémi Demers wants to put an end to abandoned buildings