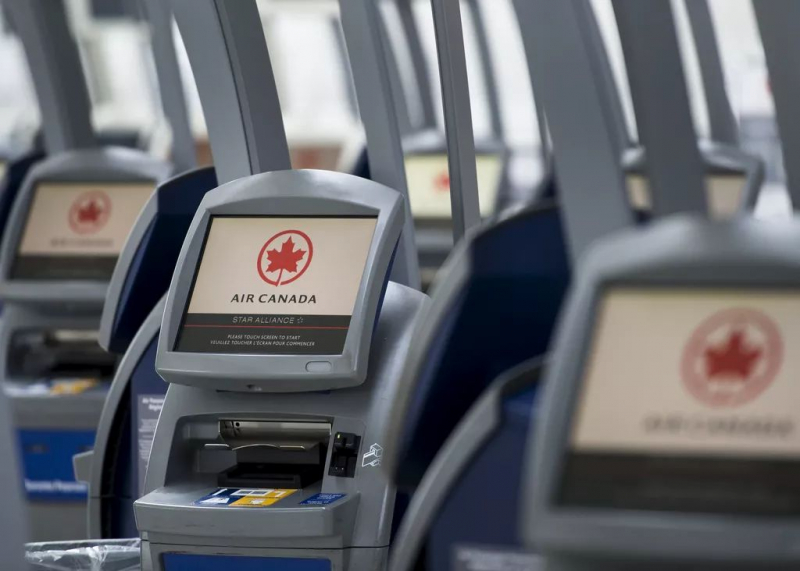 Air Canada has also pushed back deliveries that were expected for these models over the next two years – 18 for the A220 and 16 for the 737 Max 8.

Share November 9, 2020 1:16 p.m. Share In the red, Air Canada cancels orders Julien Arsenault The Canadian Press MONTREAL – Still shaken by the COVID-19 pandemic, Air Canada cancels aircraft orders, a decision that has consequences for the A220 at a time when the production rate is already slow at Airbus in Mirabel, in the Laurentians.

The country's largest airline, which on Monday reported a third quarter net loss of $ 685 million, or $ 2.21 per share, has decided to remove 12 A220-300 aircraft from its order book, or about a quarter of the firm order placed in spring 2016. Ten orders for Boeing 737 Max 8 are also affected.

Air Canada has also pushed back deliveries that were expected for these models over the next two years – 18 for the A220 and 16 for the 737 Max 8.

“Through this restructuring of our fleet and other initiatives (…) we have reduced planned capital spending by approximately $ 3 billion between 2020 and 2023,” said the President and CEO of 'Air Canada, Calin Rovinescu, during a conference call with analysts.

The company, which has eliminated more than 20,000 jobs since the start of the crisis, is retaining its options for the A220 and the 737 Max 8. It currently operates 10 A220s and is expected to receive five more aircraft by now. the end of the year.

This Air Canada decision comes on top of the obstacles that stand in front of the Airbus plant in Mirabel, where around 2,500 people work, since the 300 or so employees who have been laid off since the spring have been laid off because of the health crisis, said a spokesperson for the aircraft manufacturer, Annabelle Duchesne.

Before the spring containment, the Mirabel site produced four devices each month and the European giant wanted this level to reach five planes by mid-year. The pace has been at three A220s since the summer and should remain so in the medium term.

“We're pushing back our pace again,” Duchesne wrote in an email. This postponement is necessary given that the crisis worsens and the recovery is postponed. ”

In addition, Mr. Rovinescu offered few comments the day after the publication of the federal Minister of Transport, Marc Garneau, about sectorial aid to the aviation sector – what the industry and several observers have been asking for since the spring – which would be conditional on a refund to passengers whose flights have been canceled as well as to regional service.

Air Canada announced in June the end of service for 30 domestic routes and eight regional stopovers, a decision that had not spared Quebec. She has since identified 95 other links to be eliminated. This will wait, however, due to discussions with the Trudeau government.

“We take note with interest of the public statements of the Minister (Garneau) (…) about possible financial support specific to the aviation sector (…) that the airlines of most of the countries of the 'OECD have received in the last nine months,' said Mr Rovinescu.

Despite encouraging news about the effectiveness of a vaccine from the pharmaceutical company Pfizer against COVID-19, the big boss of Air Canada, who will bow out in February, continues to believe that commercial aviation could take until 'five years to recover from the health crisis.

For the three-month period ended September 30, Air Canada generated revenues of $ 757 million, up from $ 5.53 billion in the third quarter last year – where Air Canada had earned revenues. profits of $ 636 million, or $ 2.35 per share.

The total number of passengers carried plunged 88% in the third quarter.

On the Toronto Stock Exchange on Monday morning, Air Canada shares soared about 24%, or $ 3.79, to trade at $ 19.61, in a session where major clues jumped due to news about treatment for the novel coronavirus.

Teilor Stone has been a reporter on the news desk since 2013. Before that she wrote about young adolescence and family dynamics for Styles and was the legal affairs correspondent for the Metro desk. Before joining The Bobr Times, Teilor Stone worked as a staff writer at the Village Voice and a freelancer for Newsday, The Wall Street Journal, GQ and Mirabella. To get in touch, contact me through my teilor@nizhtimes.com 1-800-268-7116
Previous ArticleFunding for high speed internet
Next ArticleCivil Aviation: Ottawa to insist on Emergency Credit for Large Employers