Increase in unemployment in Quebec and Canada in October 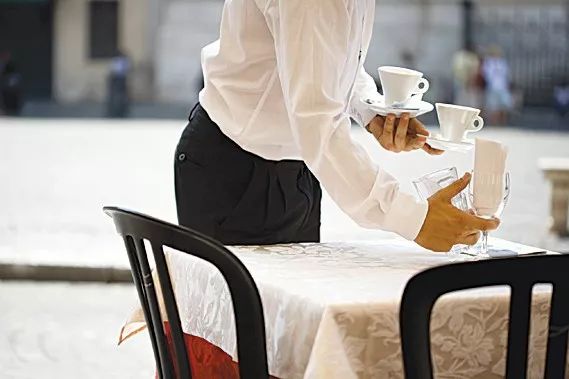 But these gains were partially offset by a decline of 48,000 jobs in the accommodation and food services industry, mainly in Quebec, according to Statistics Canada.

Share November 6, 2020 3:22 p.m. Share Unemployment increases in Quebec and Canada in October Jordan Press La Presse Canadienne OTTAWA – Almost a quarter of the unemployed in Canada have been unemployed for six months or more, and Statistics Canada has reported an increase in their number in October, although the economy was able to deliver growth for the labor market as a whole.

Almost 450,000 Canadians were considered long-term unemployed last month, meaning they had been out of work for 27 weeks or more. Their ranks increased by 79,000 in September, then by 151,000 in October.

The long-term unemployed now make up 24.8% of unemployed Canadians, from 1.8 million in October, as the wave of short-term layoffs in March and April spilled over into the fall.

The gains in September and October are the largest in over 40 years of like-for-like, and they pushed long-term unemployment above its level of just over a decade ago, for the global financial crisis.

More men than women have been out of work for an extended period, and young workers made up a larger share of the country's long-term unemployed than during the last recession.

“As the pandemic persists and vulnerable sectors like food service continue to struggle, it will be really difficult to get back to normal,” said Brendon Bernard, economist at job board Indeed.

“And in the meantime, this will definitely mean hardship for people who have worked in severely affected sectors of the economy.”

The longer these people are unemployed, the more difficult it will be for them to find a new job. And for those who do, research has shown a drop in income because they were settling for less good jobs than before.

Some older workers may simply decide to retire. Hard-hit young low-wage workers in the service sectors will have to find new jobs as the entire workforce undergoes a reshuffle that could stretch for years.

The pace of job growth slowed in October, as the economy added 83,600 jobs during the month, up from 378,000 in September, Statistics Canada reported on Friday. The gains marked a sixth consecutive month of gains, following the loss of three million jobs in March and April, when the pandemic first hit Canada.

The unemployment rate was little changed at 8.9% from 9.0% in September.

The overall gains were the smallest since economies were allowed to reopen after lockdowns, noted Sri Thanabalasingam, senior economist at TD Bank.

Job creation has been observed in several sectors, including retail.

Most of the gains were also from full-time jobs, with the unemployment rate for core-aged women falling to 6.6% – the lowest among major demographic groups tracked by Statistics Canada.

But these gains were partially offset by a decline of 48,000 jobs in the accommodation and food services industry, mainly in Quebec, according to Statistics Canada.

More Canadians were working from home in October, which coincided with an increase in the number of COVID-19 cases.

CIBC economist Royce Mendes said it was good news that the economy posted another gain in October.

“It looks like the employment numbers are doomed to some fluctuation over the coming fall and winter months as governments adjust activity to try to contain the virus,” he wrote in a note.

According to Statistics Canada, the unemployment rate would have been 11.3% in October if the agency had included in the calculations 540,000 Canadians who wanted to work last month but did not look for work.

After advancing for five consecutive months, employment was little changed in Quebec in October, and the unemployment rate in the province edged up 0.3 percentage points to 7.7%.

The number of jobs rose by 900 in October in Prince Edward Island, the only Maritime province to show growth, while the unemployment rate remained essentially unchanged at 10 %.

Teilor Stone has been a reporter on the news desk since 2013. Before that she wrote about young adolescence and family dynamics for Styles and was the legal affairs correspondent for the Metro desk. Before joining The Bobr Times, Teilor Stone worked as a staff writer at the Village Voice and a freelancer for Newsday, The Wall Street Journal, GQ and Mirabella. To get in touch, contact me through my teilor@nizhtimes.com 1-800-268-7116
Previous Article“Entrepreneurial triangle” between Sherbrooke, Rennes and Arizona
Next ArticleCDEC: $ 75,000 to adapt to the pandemic