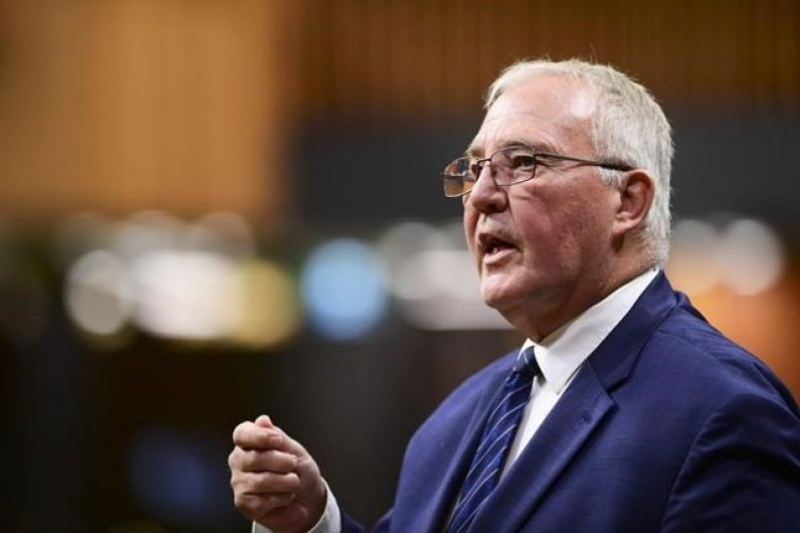 In June, following violent police interventions against Indigenous people, Public Safety Minister Bill Blair told a parliamentary committee that he had reached out to Indigenous communities to ask for their views on how to bring Changes.

“We are the only police services in Canada that are not classified as essential services,” he laments.

He cites the example of the police force he heads in Rama, Ontario, which has no money to fund a forensic or criminal unit and to provide assistance to victims.

The federal government made a commitment this week in its Speech from the Throne to accelerate the establishment of a legal framework to recognize First Nations police services as an essential service.

He had previously pledged to take action on this shortly after the 2019 election. Those pledges were renewed after Indigenous protests against the Coastal GasLink pipeline project in British Columbia.

In June, following violent police interventions against Indigenous people, Public Safety Minister Bill Blair told a parliamentary committee that he had reached out to Indigenous communities to ask for their views on how to bring Changes.

“I will not be happy until I hear two words: Royal Assent,” said Perry Bellegarde, National Chief of the Assembly of First Nations, on Wednesday in response to the Speech from the Throne.

The Department of Public Safety funds services through the First Nations Policing Program.

“The funding we have received is insufficient to provide the necessary services our communities need,” says Swamp.

The federal promise to make First Nations policing an essential service is a step in the right direction, he adds.

“It's been a long struggle.”

Mr. Swamp wants First Nations police services to be consulted on the next bill. It will be essential to do so, he said.

“We're the 1/8 experts on this 3/8 issue,” he says. We must be consulted to ensure that the law that is passed will work for our communities. ”

“The work to keep this promise is underway,” she says.

“Some First Nations police services have been around for over 50 years, so we are successful at what we do,” says Swamp.

In 2018-2019, the Ministère de la Sécurité publique spent more than $ 146 million under the program to support 1,322 police officer positions in more than 450 First Nations and Inuit communities.

But this funding is not uniform, says Swamp.

“Our funding agreements are for two to five years at a time,” he says, arguing that most other non-native services, like the RCMP, are funded for an extended period.

“As the chief of the police department, it is difficult for me to create a strategic plan for the future of our community, the future of the police, when I cannot even guarantee the existence of funding for our police service, ”says Swamp.

The Chief of Police believes that these services are still effective in investigating violent crime using their limited resources.

“Our frontline officers are more specialized in criminal investigations,” he explains. They cannot pass it on to another police officer in a specialized unit. An agent has to do pretty much the entire investigation from A to Z. “

Teilor Stone has been a reporter on the news desk since 2013. Before that she wrote about young adolescence and family dynamics for Styles and was the legal affairs correspondent for the Metro desk. Before joining The Bobr Times, Teilor Stone worked as a staff writer at the Village Voice and a freelancer for Newsday, The Wall Street Journal, GQ and Mirabella. To get in touch, contact me through my teilor@nizhtimes.com 1-800-268-7116
Next ArticleSerious exit from the road in Newport: the identity of the victim revealed