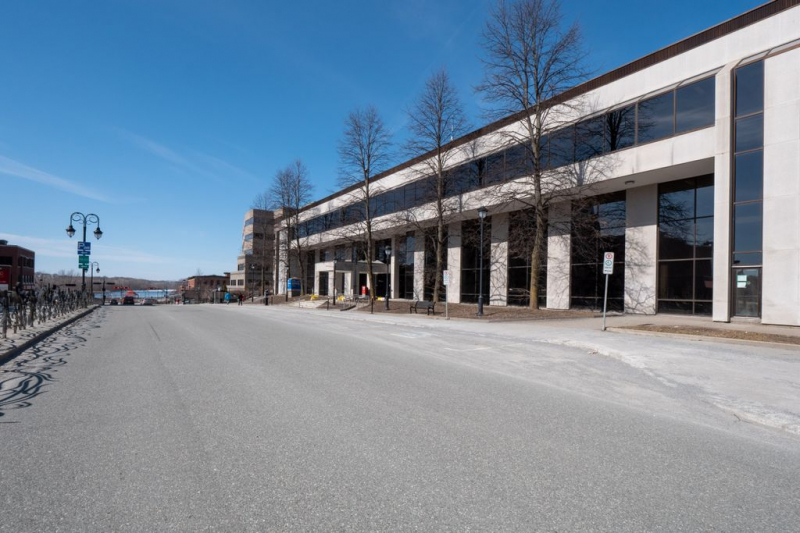 In court, Eric Viens admitted a multitude of charges of theft, breach of conditions and probation.

René-Charles Quirion La Tribune It's hard not to fall back into old criminal habits, even if they are harmful when drug consumption resurfaces.

When he left prison in 2018, Eric Viens was on the right track.

Sentenced in June 2017 to 22 months in prison for having been involved in a network of theft and concealment active in Sherbrooke which had notably struck the Boucherie Clément Jacques, a Provigo, the Biblairie GGC and the Tigre Géant store, the individual left in Western Canada following his sentence.

It didn't take long for Viens to slip through the fingers of her probation officer and fall back into using hard drugs.

Back in the region in 2019, Eric Viens was arrested for various minor thefts of energy drinks and proteins.

It was following these events that Viens entered therapy where he spent three months. His lawyer Me Karine Poliquin told the court that he had invested in it.

Once out, however, he was attacked for a drug debt case.

This episode in his life made him plunge back into drug use.

To pay his debts and ensure his consumption, he fell back into a mold he knew, namely theft and concealment.

Known in the Sherbrooke region for having stolen tenderloins and books there, Viens headed for the Victoriaville area.

He notably stole pressure nailers and blades from a Canadian Tire as well as filet mignon valued at about $ 400 to $ 500 from a food market in Victoriaville. He also did a few flights in the Granby area.

Arrested last August in Sherbrooke, Eric Viens has been detained there since that time.

In court, Eric Viens admitted a multitude of charges of theft, breach of conditions and probation.

He was sentenced to 29 months, but from which 155 days of pre-trial detention were removed, by Judge Conrad Chapdelaine of the Court of Quebec.

The joint suggestion of the defense lawyer Me Karine Poliquin and the criminal prosecution attorney Me Rosalie Audette-Bourdeau provides that Eric Viens will spend another two years in the penitentiary.

Teilor Stone has been a reporter on the news desk since 2013. Before that she wrote about young adolescence and family dynamics for Styles and was the legal affairs correspondent for the Metro desk. Before joining The Bobr Times, Teilor Stone worked as a staff writer at the Village Voice and a freelancer for Newsday, The Wall Street Journal, GQ and Mirabella. To get in touch, contact me through my teilor@nizhtimes.com 1-800-268-7116
Previous ArticleA greater fraud than recognized
Next ArticleFormer Rouge & Or receiver returns to prison