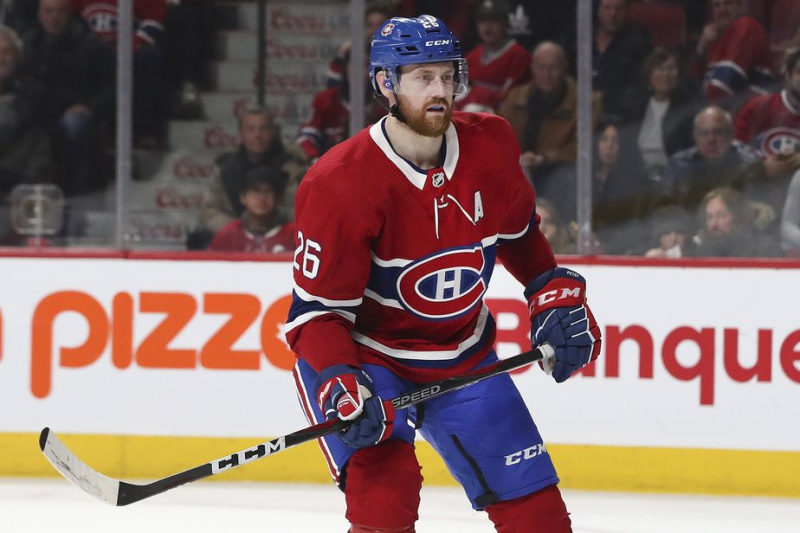 Share September 25, 2020 Updated September 26, 2020 at 1:33 am Share Jeff Petry accepts a four-year contract with the Canadian Alexandre Geoffrion-McInnis The Canadian Press MONTREAL – Casually, the dynamism of the general manager of the Montreal Canadiens, Marc Bergevin, in the trading market in recent weeks is starting to bear fruit. This is what convinced defender Jeff Petry to continue the adventure with the Bleu-blanc-rouge until 2025.

Petry signed a four-season contract extension worth an average of US $ 6.25 million annually with the Canadiens on Friday.

“My agent called me a little over two weeks ago to tell me that 'Berg' (Bergevin) wanted to discuss a contract extension, '' Petry said by videoconference. I said I was interested, and with everything going on in the world right now, I knew it would impact my plans. We had some good discussions and I felt it was a good opportunity for me to stay with the team. ”

Petry added that Bergevin had asked his opinion during the end of season meetings to find out what could improve the Habs for the 2021-22 season. And he did not hide that he had told him that “the arrival of a good auxiliary to” Pricer “(Carey Price) with a view to a condensed calendar, in addition to strengthening the defensive brigade by betting on bigger players ”had to be a priority for the organization.

And Bergevin responded by acquiring goaltender Jake Allen and colossus Joel Edmundson at the blue line – the GM convinced the ex-St. Louis Blues player to sign an agreement with CH after he arrived. selling the idea that he would play with Petry.

Thus, the American indicated that these arrivals, along with other personal factors, had played a role in his decision to go with the status quo, rather than test the free agent market after the end of the campaign. next campaign.

“It changes the way I play. I tend to play better with a defensive back (like Edmundson), Petry said. It allows me to carry myself more in attack, to be more involved in this phase of the game. “

The 32-year-old veteran has mentioned that he is optimistic for the future of the team, especially with the outbreak last season of Jesperi Kotkaniemi and Nick Suzuki, among others. In addition, the team's performance in relaunching NHL activities had convinced him to stay with the Canadiens.

“It was a big factor in my decision. Obviously, if it had been a normal season, our chances of making the playoffs would have been slim – especially with our two eight-game losing streaks, Petry recalled. But we played really well against the Penguins and then against the Flyers … Our team played well overall and I believe the experience our young players have in the playoffs will be beneficial in the long term. ”

Petry, who scored 11 goals and amassed 29 assists in 71 appearances last season with the Habs, added that he hopes the announcement of his contract extension will convince some teammates to follow in his footsteps. Recall that forwards Brendan Gallagher, Phillip Danault, Tomas Tatar and Joel Armia could all become free agents at the conclusion of the next campaign.

“I hope they will do the same as I do, but that decision is up to each of them,” said Petry. But throughout the negotiation process I chatted with “Gally” (Gallagher) and I believe he is a key part of this team, as is Phil (Danault). I hope they will always be part of our core players for the next few seasons. ”

Petry hit the 40-point plateau for a third straight season in 2019-20 and was each time the leading scorer in the defensive squad during that time. The right-hander has also led the team with 177 hits this season, and outscored all of the Montreal club's defenders with 30 induced turnovers.

In 680 regular season games in the NHL, Petry registered 69 goals and 184 assists with the Canadiens and the Edmonton Oilers. He also has five goals and two assists in 28 career playoff games.

Teilor Stone has been a reporter on the news desk since 2013. Before that she wrote about young adolescence and family dynamics for Styles and was the legal affairs correspondent for the Metro desk. Before joining The Bobr Times, Teilor Stone worked as a staff writer at the Village Voice and a freelancer for Newsday, The Wall Street Journal, GQ and Mirabella. To get in touch, contact me through my teilor@nizhtimes.com 1-800-268-7116
Previous ArticleJake Evans accepts two-season contract extension from Canadiens
Next ArticleFive players, including Domi, receive qualifying offers from the Canadiens