Judged for wanting to “recover” an African work from the museum 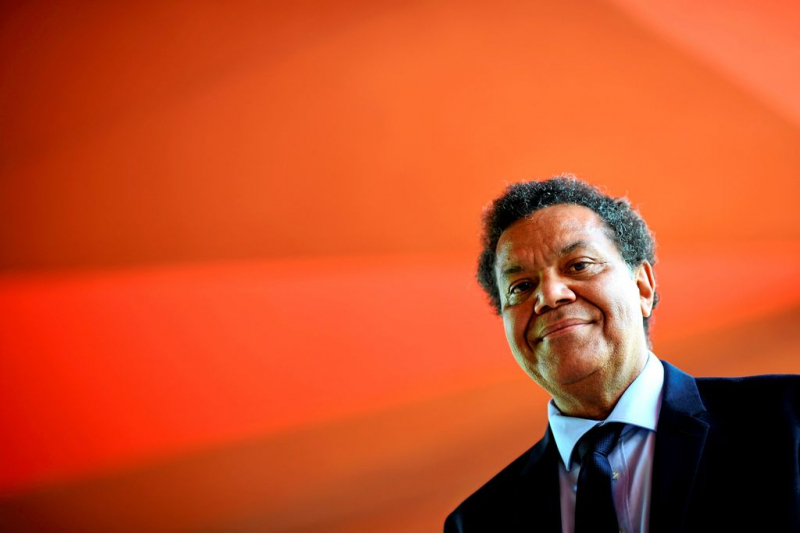 “The issue of restitution” deserves “a serious debate” which “does not adapt well to media blows,” said Emmanuel Kasarhérou, the president of the Quai Branly Museum in Paris.

Share September 29, 2020 9:48 am Updated at 11:44 pm Share Judged for wanting to “recover” an African work from the Celia Lebur museum Agence France-Presse PARIS – They had attempted to seize a funeral post at the Quai Branly Museum in Paris and will be tried on Wednesday: five activists who denounce the “looting of Africa” intend to make their trial a platform to defend the restitution of works taken during colonization.

Arrested on June 12 in the Parisian museum, the five defendants are prosecuted before the criminal court for “attempted theft in assembly of a classified movable object” and risk up to ten years of imprisonment and a fine of 150,000 euros.

However, nothing to scare their leader, the Congolese activist Emery Mwazulu Diyabanza, who continued his outbursts. On July 30, he was arrested in Marseille (south-east) after having seized, alone, an ivory object from the Museum of African, Oceanic and Amerindian arts.

On September 10, with three acolytes, this time he attempted to take a sculpture from the Congo to the Afrika Museum in Berg en Dal (the Netherlands), where he was arrested and then released after eight hours in police custody.

“We had to approach the trial (in Paris) with a fighting spirit, even if it is risky,” Emery Mwazulu Diyabanza told AFP. We had no intention of stealing this work, but we will continue until the injustice of the looting of Africa is repaired. ”

Each time, the 41-year-old Pan-African activist films and then posts online a video of his actions, in order to agitate social networks as much as possible.

On that of the Quai Branly, we see him unsealing a 19th century Bari (Chad or Sudan) funeral post and carrying it along the corridors. He then yells: “We're bringing them home.”

Emery Mwazulu Diyabanza was born in Kinshasa (Democratic Republic of Congo, DRC) and claims to live from the sale of electronic objects online. He divides his time between Champigny-sur-Marne, in the Paris suburbs, and Lomé, in Togo.

Wearing a black beret in tribute to the American Black Panthers, the map of Africa as a pendant, the activist claims to have been put “in the dungeon” after the 2011 presidential election in the DRC where he would have come close to death.

With the Unity, Dignity and Courage (UDC) movement that he founded in 2014, he campaigns for the restitution of works, against the CFA franc, or even “ill-gotten gains”.

The activist claims “more than 700,000 members” scattered in Europe and Africa, but his Facebook account has just under 30,000 subscribers.

In addition to his assaults, he lodged a complaint on June 30 for “theft and concealment” against the French state.

The Quai Branly Museum, which has the main collection of early African arts, has become a civil party, its president Emmanuel Kasarhérou told AFP.

“The issue of restitution” deserves “a serious debate” which “does not adapt well to media blows”, he asserted. The museum is committed “to documenting the provenance and origin of its collections,” added Mr. Kasarhérou, “on the basis of this work, we can move forward.”

Under the leadership of Emmanuel Macron, France has committed to definitively return in the coming months a historic saber in Senegal and 26 objects looted by French colonial troops in 1892 in Benin.

These decisions follow a report by two academics commissioned by the executive in 2018, which listed some 90,000 African works in French museums and laid the groundwork for a restitution.

Rather, he advocated the “circulation” of works, which have not always been looted or stolen, but has rekindled a controversial debate.

“Macron recognizes the looting, but it is he who decides the quantity of works returned and whether there should be transfer of ownership or not, it is an insult to us,” protests Emery Mwazulu Diyabanza.

“Other than to entertain the gallery, what good is this kind of action?” What will they do with these works if they take them away? ” told AFP the director of the Museums program at the Beninese National Agency for the Promotion of Heritage and Tourism Development (ANPT), Alain Godonou.

“Discussions between France and Benin are progressing very well,” adds this former Unesco official. We are putting everything in place to accommodate these works – several museums are being rehabilitated – and that is what counts if we want to be credible. ”

Teilor Stone has been a reporter on the news desk since 2013. Before that she wrote about young adolescence and family dynamics for Styles and was the legal affairs correspondent for the Metro desk. Before joining The Bobr Times, Teilor Stone worked as a staff writer at the Village Voice and a freelancer for Newsday, The Wall Street Journal, GQ and Mirabella. To get in touch, contact me through my teilor@nizhtimes.com 1-800-268-7116
Previous ArticleVéronique Cayla and Éric Toledano at the head of the Césars
Next ArticleDe Gaulle withdrawn from the poster and postponed releases [VIDEO]