Julien had a stent inserted in a coronary artery 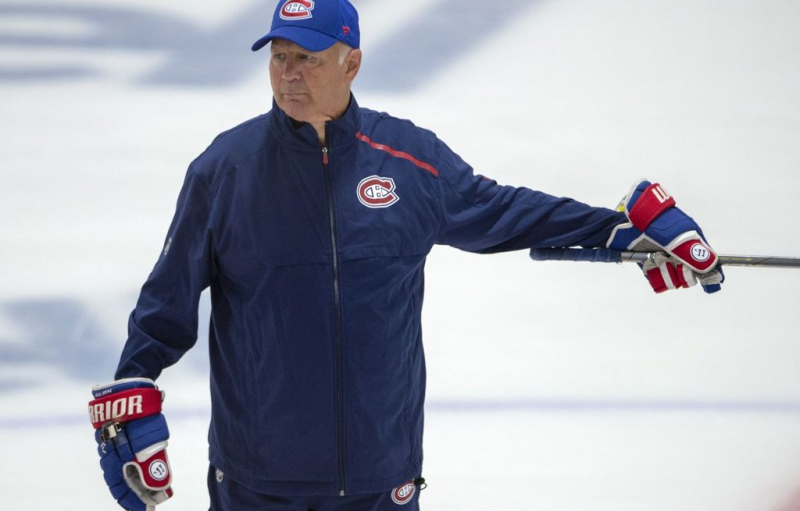 Since Julien left the NHL bubble in Toronto, he will have to follow circuit protocol if he wishes to re-enter it.

But the one who inherited the responsibilities of Julien behind the bench of the Habs did not expect the situation to prevent him from continuing to have a say in the game of his troop.

“I wouldn't be surprised if I got a text message or a call from him between periods,” associated coach Kirk Muller, now the Canadiens' interim head coach, joked.

“I'm sure if he's physically able to do it, he'll watch the game on TV,” Muller added on Friday morning, a few hours into the second game of the Association's quarter-final series. Is between the Canadian and the Philadelphia Flyers.

Julien was rushed to St. Michael's Hospital in Toronto overnight Wednesday through Thursday as he was experiencing chest pain. The discomfort arose hours after the Canadiens' 2-1 loss to the Flyers in the first game of their series.

According to icardio.ca, a stent is a spiral rod of metal that resembles a spring. The Montreal Heart Institute specifies that a stent is put in place to keep the artery open and reduce its risk of re-blocking.

“Claude would like to sincerely thank all the staff at St. Michael's Hospital for the care received. He also wishes to warmly thank all those who sent him testimonies of a speedy recovery, ”the Canadian said in a statement.

“I spoke to him [Thursday night] and I could feel a relief in his voice and that he was doing fine,” Muller said. He quickly stopped talking about himself to talk about the team instead. I think this is a good sign. ”

Muller will be supported behind the bench for the remainder of the series against the Flyers by assistant coaches Luke Richardson and Dominique Ducharme.

“We want to continue to work the same way so as not to impose too many changes on the players,” explained Muller. Luke will continue to deal with defenders and shorthandedness. I'm going to make the five-on-five decisions and discuss the different scenarios with Dom. He will give me information on the face-offs. We won't do anything very different than if Claude was there. ”

Muller enjoyed a long career as a player in the NHL and won the Stanley Cup with the Habs in 1993. He is on his second stint on the Canadiens' coaching staff and was also the head coach of the Hurricanes. from Carolina.

Since the preparation work for the series against the Flyers was already done, he has no intention of changing everything for the team. He will still have his say when it comes to making adjustments in the heat of the moment.

“The guys are well prepared. They just have to go out on the ice and play. Hockey is a simple game, a game of emotions. You have to have fun, ”Muller recalled.

“I hope to use my experience as a player and a coach to help the players. It's their turn to have fun and enjoy the moment, ”he continued.

Since Julien left the NHL bubble in Toronto, he will have to follow circuit protocol if he wishes to re-enter it.

According to the protocol, a member of a team wanting to reenter the bubble after leaving it must provide four consecutive negative results from tests for COVID-19 carried out over a period of four days. The person may also have to undergo a quarantine of up to 14 days.

Teilor Stone has been a reporter on the news desk since 2013. Before that she wrote about young adolescence and family dynamics for Styles and was the legal affairs correspondent for the Metro desk. Before joining The Bobr Times, Teilor Stone worked as a staff writer at the Village Voice and a freelancer for Newsday, The Wall Street Journal, GQ and Mirabella. To get in touch, contact me through my teilor@nizhtimes.com 1-800-268-7116
Previous ArticleClaude Julien suffered from chest discomfort
Next ArticleIn the absence of Claude Julien, the Canadian overthrows the Flyers 5-0