Julien is ready for any eventuality in the first match 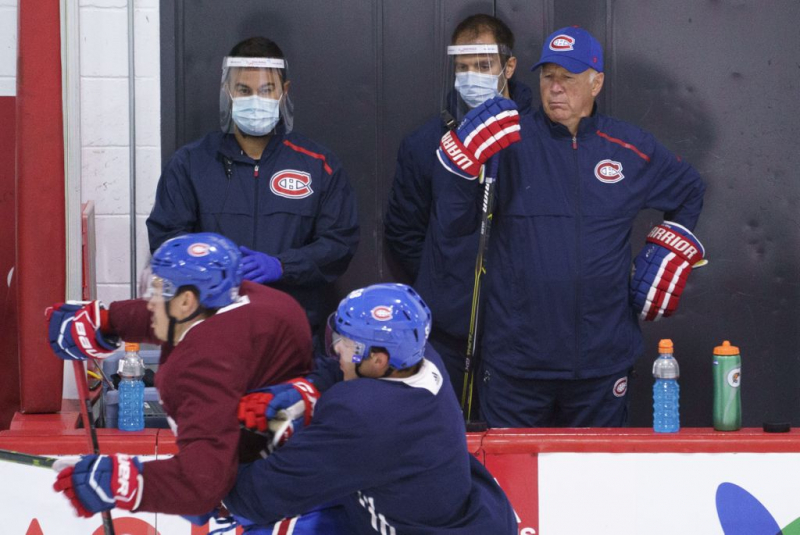 Share August 12, 2020 2:19 p.m. Share Julien is ready for any eventuality in the first game Alexis Bélanger-Champagne The Canadian Press The Montreal Canadiens will start their Eastern Conference series tonight against the Philadelphia Flyers and the coach- Chef Claude Julien is ready for any eventuality should the match ever be postponed due to the delay in the day's schedule.

On Tuesday, the scheduled meeting between the Boston Bruins and the Carolina Hurricanes was postponed until the next morning as the duel between the Tampa Bay Lightning and the Columbus Blue Jackets ended halfway through the fifth extra period. .

The game between the Bruins and the Hurricanes finally started at 11 a.m. on Wednesday. The New York Islanders and Washington Capitals meet at 3 p.m. The duel between the Canadian and the Flyers is scheduled for 8 p.m. “Since we've been here [in Toronto], we've got to adjust to all kinds of things,” Julien recalled Wednesday. There is nothing that guarantees that we will play tonight because there are two more games. If both go into overtime, we might not play. We will adjust accordingly. The key is, if you're well prepared, whether the game is tonight or tomorrow morning, it won't make much difference. ”

Julien expects a difficult series against the Flyers. He has been repeating for a few days that the Flyers are the team that has impressed him the most since the start of the recovery.

The Flyers have won all three of their standings, taking the No. 1 seed in the East. For his part, the Canadian eliminated the Pittsburgh Penguins in four games in the qualifying series.

“We have been confident from the start,” insisted Julien. We thought we would be able to skate with the Penguins. We respected them, without being afraid of losing. It's the same with the Flyers.

“It will be another big challenge for us.”

As for the Flyers, head coach Alain Vigneault recalled that the Canadian was not to be taken lightly even if his team may seem to have the advantage on paper.

“The Penguins had [Sidney] Crosby and [Evgeni] Malkin and weren't able to establish an advantage,” he noted. The experience, the goalies, the defense, the center line […] at the end of the line, the players have to show up on the ice and play. “

“It will be a real battle. Playoff hockey is tough, tight and competitive hockey. ”

Vigneault has not confirmed whether forward Jakub Voracek and defenseman Shayne Gostisbehere will be in uniform. Gostisbehere only participated in the last game of the classification round and Vigneault preferred Robert Hagg in the first two games. Voracek missed Part 3 due to an issue the nature of which has not been disclosed.

The second game of the best-of-seven series is Friday at 3 p.m.

Teilor Stone has been a reporter on the news desk since 2013. Before that she wrote about young adolescence and family dynamics for Styles and was the legal affairs correspondent for the Metro desk. Before joining The Bobr Times, Teilor Stone worked as a staff writer at the Village Voice and a freelancer for Newsday, The Wall Street Journal, GQ and Mirabella. To get in touch, contact me through my teilor@nizhtimes.com 1-800-268-7116
Previous ArticleThe CH will have to achieve another tour de force if it wants to continue its journey
Next ArticleFlyers 2 / Canadian 1: Carter has the best on Carey