Julien Lachance announces that this is his last term 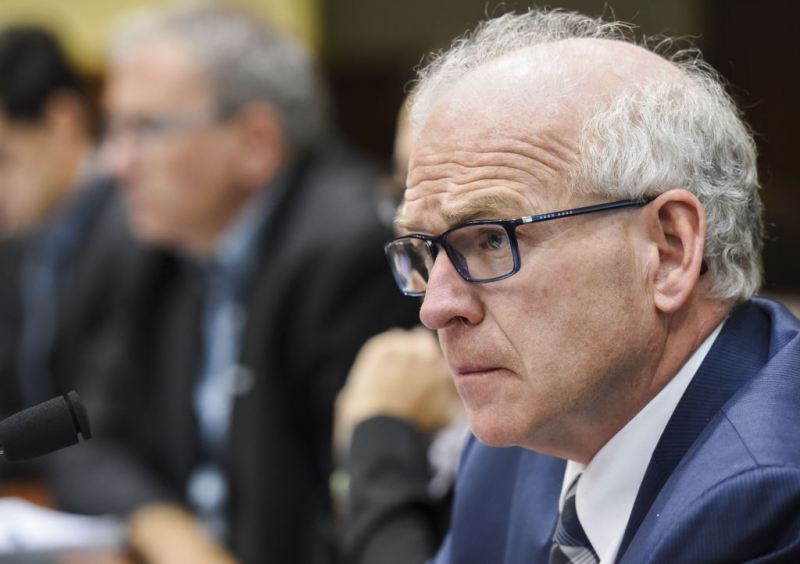 Saint-Élie district councilor Julien Lachance will retire from municipal politics at the end of this term.

Jonathan Custeau La Tribune The municipal councilor of the district of Saint-Élie, Julien Lachance, announces that he will retire from municipal political life at the end of his mandate. He indicates that patience and passion are less present recently and he wishes to clarify his intentions 14 months before the elections to allow the next generation to prepare.

“Over the past year, I have reflected on my intentions to start another term as of November 2021. Even though I have greatly enjoyed representing the people of Saint-Élie, during all these years, I have to 'admit that patience and passion are less present. I am making this announcement now, 14 months before the election deadline, to encourage candidates to prepare for succession. I also encourage citizens of other generations to get involved in municipal politics. It is an exciting challenge that deserves to be taken up. “

Mr. Lachance, elected for the first time in 2001, was surrounded by his family, in webcast, when making his announcement. “During all these years, my profile as a director has always prevailed and will never cease to be. I have worked with heart, integrity, discipline and dedication, in a spirit of collaboration. For me, the priority has always been to defend the interests of the city and its citizens. In all humility, I must say that I am quite proud of what Saint-Élie has become since the 2001 merger. ”

The politician says he always considered himself an administrator before being a politician. “After all these years of serving on city council, I have to admit I'm a little disappointed that in the end we were never able to keep the increased spending under control. Indeed, despite all the optimization efforts, spending cuts, and even changes in laws, it is clear that since 2002, spending growth has been 117% whereas it should have been 53%. considering inflation and population growth. However, I dare to trust future municipal councils to put an end to this chronic basic problem by establishing new ways of doing things and taking the necessary decisions. “

Note that Julien Lachance has acted as President of Hydro-Sherbrooke since 2013.

He thanked mayors Bernard Sévigny and Steve Lussier for their trust, in addition to mayor Jean Perrault for offering him a position on the executive committee for eight years. He mentioned the names of Clément Nault and Bernard Tanguay, who acted as mentors.

“I cannot end without warmly thanking the citizens of the Saint-Élie district who have placed their trust in me five times. Thank you for allowing me to serve you and to live this very unique experience. I will always be grateful to you. “

Before concluding, Julien Lachance did not fail to thank his wife Liette.

The district of Saint-Élie will be represented by a new elected representative after the elections of November 7, 2021.

It is already clear that another seat will be vacant at the time of the vote, that of Nicole Bergeron, in Brompton. The president of the board has made no secret in recent years that she would not seek another mandate. In contrast, Marc Denault (du Golf) and Danielle Berthold (Desranleau) have already confirmed their intention to race in 2021 in their respective districts.

Teilor Stone has been a reporter on the news desk since 2013. Before that she wrote about young adolescence and family dynamics for Styles and was the legal affairs correspondent for the Metro desk. Before joining The Bobr Times, Teilor Stone worked as a staff writer at the Village Voice and a freelancer for Newsday, The Wall Street Journal, GQ and Mirabella. To get in touch, contact me through my teilor@nizhtimes.com 1-800-268-7116
Previous ArticleTwo more weeks of obstacles in Portland
Next ArticleA former Rouge & Or player will be able to solve his problems in therapy