Kidnapping of an American couple: a fifth arrest 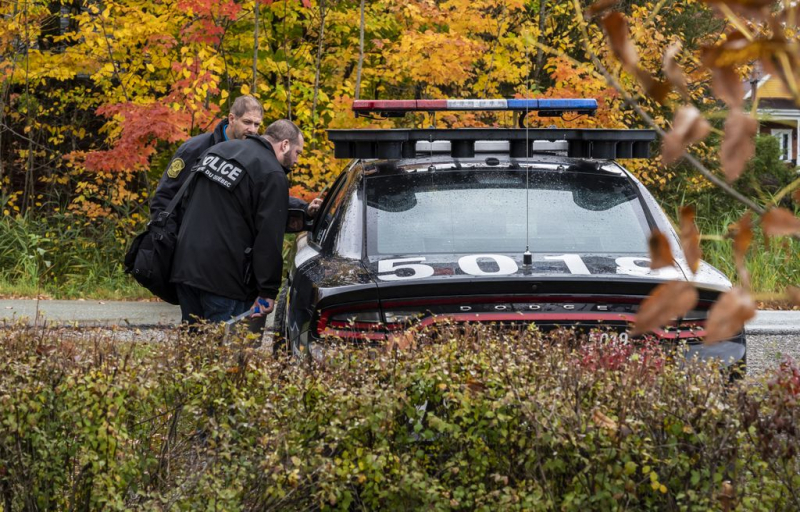 James Helm Sr, 76, and his wife Sandra Helm, 70, of Moira, New York, were discovered at a residence on rue Grande-Allée in Magog on Tuesday.

René-Charles Quirion La Tribune Another individual was arrested in connection with the kidnapping of the American couple who were found at Lake Lovering, in Magog, this week.

The 52-year-old man was arrested on Chemin des Outardes in Hinchinbrooke, Montérégie, while he was in his vehicle. It is the tactical intervention group of the Sûreté du Québec which carried out this intervention around 11 p.m. Thursday evening.

James Helm Sr, 76, and his wife Sandra Helm, 70, of Moira, New York, were discovered at a residence on rue Grande-Allée in Magog on Tuesday.

Four individuals were charged on Wednesday in this kidnapping, forcible confinement and extortion case at the Montreal courthouse. The individual arrested Thursday could join them.

In addition to these charges, Franco D'Onofino, 55, and George Dritsas, 75, of 270 rue Grande-Allée in Magog were charged along with Taylor Laurence Martin, Akwesasne, 31, and Kosnas Dritsas, 49, from Montreal, for having conspired with each other to commit these crimes.

The accused remain in detention at least until the case is returned on October 6.

Personal Crime Investigators are conducting this investigation in collaboration with other police forces in Canada and the United States.

Teilor Stone has been a reporter on the news desk since 2013. Before that she wrote about young adolescence and family dynamics for Styles and was the legal affairs correspondent for the Metro desk. Before joining The Bobr Times, Teilor Stone worked as a staff writer at the Village Voice and a freelancer for Newsday, The Wall Street Journal, GQ and Mirabella. To get in touch, contact me through my teilor@nizhtimes.com 1-800-268-7116
Previous ArticleNacim Kouddar remains awaiting proof
Next ArticleA sixth complainant testifies against Étienne Lavoie