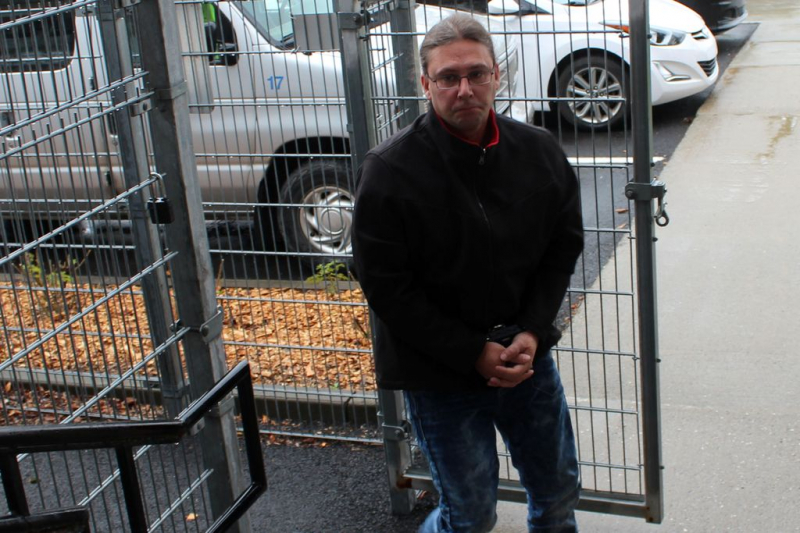 René-Charles Quirion La Tribune It would be through a window on the second floor of the residence of Héliodore Dulac that a person left the crime scene in Milan in June 2018.

This is the hypothesis that was followed by the investigator Yohan Morneau of crimes against the person of the Sûreté du Québec.

The latter was called to the bar, in the morning Wednesday, at the trial for the second degree murder of Ian Bélanger at the Sherbrooke courthouse before Kassandra Harpin came to confirm this hypothesis during her testimony in the afternoon.

“For me, it was clearly a vanishing point. The three doors were locked, ”says Yohan Morneau.

He arrived at the crime scene on June 4, 2018 with the information that Heliodore Dulac's injuries were not compatible with a fall.

The presence of glasses with a missing glass, of a club, which was a tree branch with a malformation, as well as projections of blood near the victim's body led investigator Yohan Morneau to draw this inference.

“For me, we were at a murder scene,” said the investigator.

He noticed the open windows as well as marks on the wall nearby.

It was while walking around the residence at 544 Chemin de la Yard that he noticed the elements leading him to advance the thesis of murder at the crime scene. 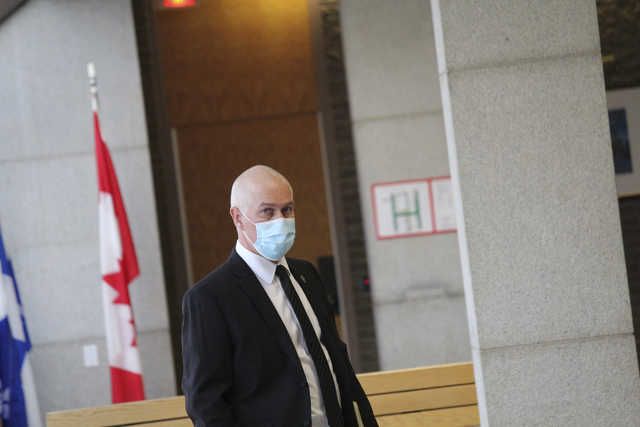 “At no time upstairs will I see any drops of blood. (…) Upstairs, I can see the windows that have been removed, ”points out Yohan Morneau.

On the spot, he asked to seize in particular cigarette butts, the club, a shovel, the windows removed, the pieces of clothing as well as the shower curtain.

The items entered were analyzed as part of the survey.

SQ investigators took the phone numbers of the 81 people who had left messages on the phone at Heliodore Dulac's residence.

The last appeal was consulted on the afternoon of June 1, but three other calls were made on June 4, after the discovery of the victim's body.

“I wanted to see her in person to see if she could fit through the window. “- Yohan Morneau

“I wanted to see her in person to see if she could fit through the window. I saw first-hand that she had the possible build to go there. I had a little woman in front of me. I also wanted to sow a seed so that it begins to initiate a decision-making process so that it comes to explain itself one day. I told her that she had a definite implication and that we had sent items for analysis. I wanted her to come and explain herself before the analyzes returned. My strategy did not work, ”says investigator Morneau.

He explains that the investigation has progressed and that Ian Bélanger and Kassandra Harpin were arrested in September 2018 in Lambton by the Intervention Group (GI) of the SQ.

Teilor Stone has been a reporter on the news desk since 2013. Before that she wrote about young adolescence and family dynamics for Styles and was the legal affairs correspondent for the Metro desk. Before joining The Bobr Times, Teilor Stone worked as a staff writer at the Village Voice and a freelancer for Newsday, The Wall Street Journal, GQ and Mirabella. To get in touch, contact me through my teilor@nizhtimes.com 1-800-268-7116
Previous ArticleNine years in prison for a torturing father
Next ArticleUdeS postpones the start of winter