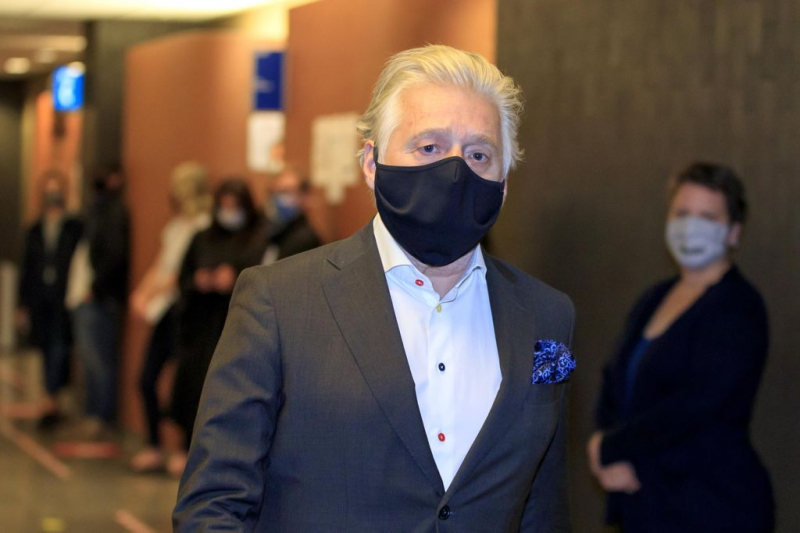 Share November 16, 2020 9:56 am Updated at 11:45 am Share Les Courageuses: the Supreme Court refuses to hear their case against Gilbert Rozon [VIDEO] Stéphanie Marin The Canadian Press MONTREAL – It's the end of the collective action brought by the ” Courageuses ”against the founder of Just for Laughs, Gilbert Rozon: the Supreme Court of Canada has just refused to hear their case.

The women's group had been denied the right to go ahead with their action by the Court of Appeal.

Not wanting to give up, they appealed to the Supreme Court to overturn this decision.

Lost sentence: the highest court in the country said Monday morning that it was not going to look into their case, which leaves the judgment of the Court of Appeal intact. The Supreme Court never says why it accepts or refuses to hear a case.

To assert their rights, the women's group chose to proceed by collective action. This way of proceeding has a peculiarity and an additional step compared to other legal proceedings: it must be authorized by a judge before proceeding. Here, the Superior Court had authorized it, but this decision was then quashed by the Court of Appeal.

“Les Courageuses” – the name the women have given themselves – wanted to sue Gilbert Rozon for $ 10 million. They accuse the ex-producer of harassment and sexual assault. According to them, Mr. Rozon would have made at least 20 victims over a period of 34 years, from 1982 to 2016, which the ex-producer firmly refutes.

No court has considered the actions alleged against the 66-year-old man by Les Courageuses.

This refusal by the Supreme Court concerns only the possibility for women to regroup and to sue together, using the mechanism of collective action.

This does not therefore necessarily mean the end of the proceedings.

This is the end of the collective action brought by the “Courageuses” against the founder of Juste pour rire, Gilbert Rozon. THE CANADIAN PRESS

Teilor Stone has been a reporter on the news desk since 2013. Before that she wrote about young adolescence and family dynamics for Styles and was the legal affairs correspondent for the Metro desk. Before joining The Bobr Times, Teilor Stone worked as a staff writer at the Village Voice and a freelancer for Newsday, The Wall Street Journal, GQ and Mirabella. To get in touch, contact me through my teilor@nizhtimes.com 1-800-268-7116
Previous ArticleDemonstration of public sector workers: “There is an urgent need to act! ” [PICTURES]
Next ArticleIncreases to be expected at the dentist