By Teilor Stoneon February 8, 2022in News 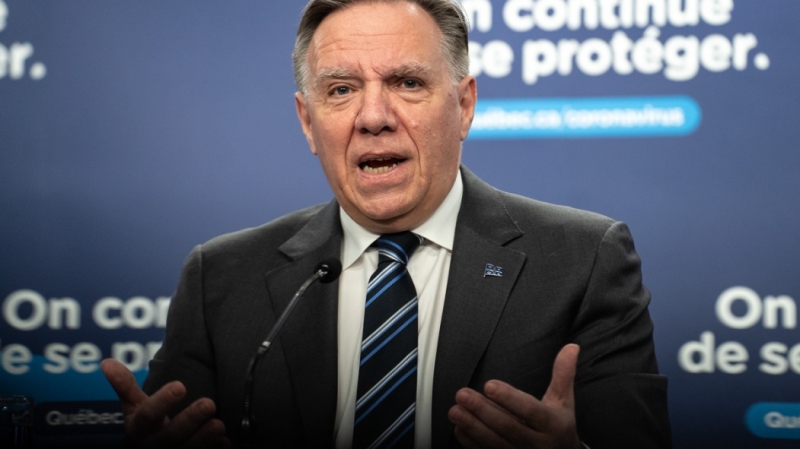 The Prime Minister, François Legault, gave a press briefing in the company of the Minister of Health and Social Services, Christian Dubé, and the director National Public Health Acting, Dr. Luc Boileau./Josie Desmarais/Métro

While the word “predictability” is on all lips and Montreal is asking for a clear deconfinement plan, the government should announce a series of reductions in health measures that will come into effect in the coming days and weeks.

It is expected that the resumption of sports matches for all will be announced for next Monday, February 14. Remember that the reopening of gyms and spas with reduced capacity is also scheduled for this date.

Indoor gatherings of a maximum of 10 people from different addresses would also be recommended starting this weekend, in time for the Super Bowl. If gatherings in private homes were already allowed, they had to be limited to a maximum of two bubbles or four people from separate bubbles.

Finally, the reopening of bars, which closed their doors completely December 20, 2021, would be scheduled for February 28.

On Tuesday, Quebec recorded 56 new deaths linked to COVID-19, bringing the human toll of the pandemic to 13 551 deaths.

After a slight increase in hospitalizations yesterday, the pressure on hospitals is easing. There is a decrease of 45 hospitalizations for a total of 2,380 people hospitalized in the province. In terms of intensive care, the figures remain stable compared to the previous day, with 178 people currently admitted to Quebec.

Regarding new infections, 2,504 new cases have been reported across the province. However, this number is underestimated since access to screening centers is restricted to priority clienteles.

Teilor Stone has been a reporter on the news desk since 2013. Before that she wrote about young adolescence and family dynamics for Styles and was the legal affairs correspondent for the Metro desk. Before joining The Bobr Times, Teilor Stone worked as a staff writer at the Village Voice and a freelancer for Newsday, The Wall Street Journal, GQ and Mirabella. To get in touch, contact me through my teilor@nizhtimes.com 1-800-268-7116
Previous ArticleThe ARTM opposes the Eastern REM
Next ArticleNew apartment: get into search mode quickly!