Living with COVID-19, Conservative leader will not respond to Trudeau 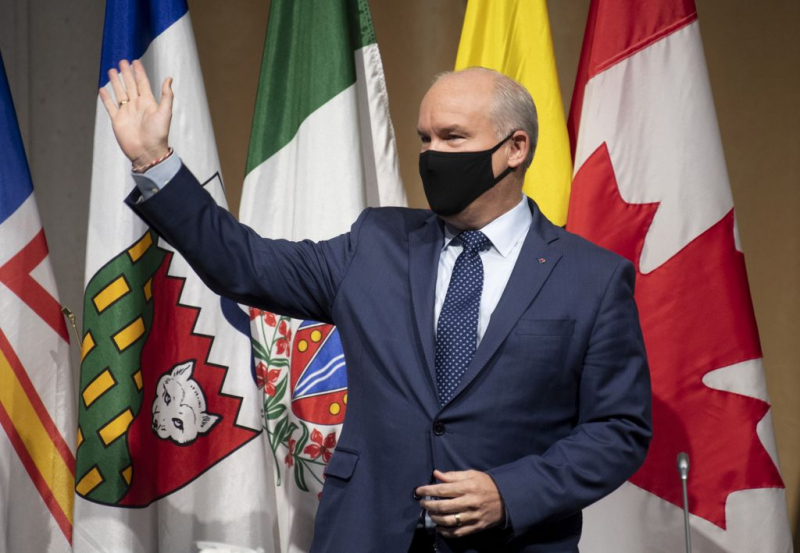 Share September 23, 2020 2:21 p.m. Share Affected by COVID-19, the Conservative leader will not reply to Trudeau Catherine Lévesque The Canadian Press OTTAWA – The leader of the Conservative Party, Erin O'Toole, in isolation because he has COVID -19, will not respond to Prime Minister Justin Trudeau after his speech to the nation on Wednesday evening.

“As you know, Mr. O'Toole and his wife have COVID-19 and they don't want to risk exposing other people to the virus. Thus, he will not respond directly to the Prime Minister tonight, ”his spokesperson Kelsie Chiasson said in an email sent to The Canadian Press.

On Wednesday morning, a few hours before the speech, the Conservatives were unable to indicate who could carry their party's message.

“We're disappointed (that it's not Mr. O'Toole), but we understand that he has to follow all the rules. (…) So we are exploring our options right now and deciding what we're going to do, how we're going to handle this situation, ”Deputy Chief Candice Bergen said at a press conference in Ottawa.

The Prime Minister's Office said Trudeau “will speak directly to Canadians” at 6:30 p.m. on Wednesday to underscore “the urgency to fight COVID-19 as we face a possible second wave of the virus.”

It was expected that the opposition parties respond in turn.

Block leader Yves-François Blanchet will speak from home since he is in quarantine, having contracted the coronavirus.

New Democrat Leader Jagmeet Singh will also have a few minutes. All these speeches will be fairly brief. The whole exercise should end around 7 p.m.

The Speech from the Throne will have been read in the middle of the afternoon.

The Conservatives hope to see the Prime Minister's Speech from the Throne and the Speech to the Nation as an economic stimulus package that also includes spending controls.

“We have seen the government spend lavishly in recent months and the government must have a serious objective,” said Gérard Deltell, parliamentary leader of the political party, without detailing the objective that he would consider serious.

He also hopes that the measures to be announced Wednesday will reach all Canadians and deliver a message of hope for Canadian unity.

Among the Greens, we expect a clear commitment to avert a climate catastrophe.

“There is a time in the very near future when humanity will no longer be able to make a difference. What we do now can make all the difference, ”said Parliamentary Leader Elizabeth May on Wednesday morning.

Teilor Stone has been a reporter on the news desk since 2013. Before that she wrote about young adolescence and family dynamics for Styles and was the legal affairs correspondent for the Metro desk. Before joining The Bobr Times, Teilor Stone worked as a staff writer at the Village Voice and a freelancer for Newsday, The Wall Street Journal, GQ and Mirabella. To get in touch, contact me through my teilor@nizhtimes.com 1-800-268-7116
Previous ArticleBill 66: softer and less sprawling version of 61
Next ArticleSpeech from the Throne: a million jobs promised