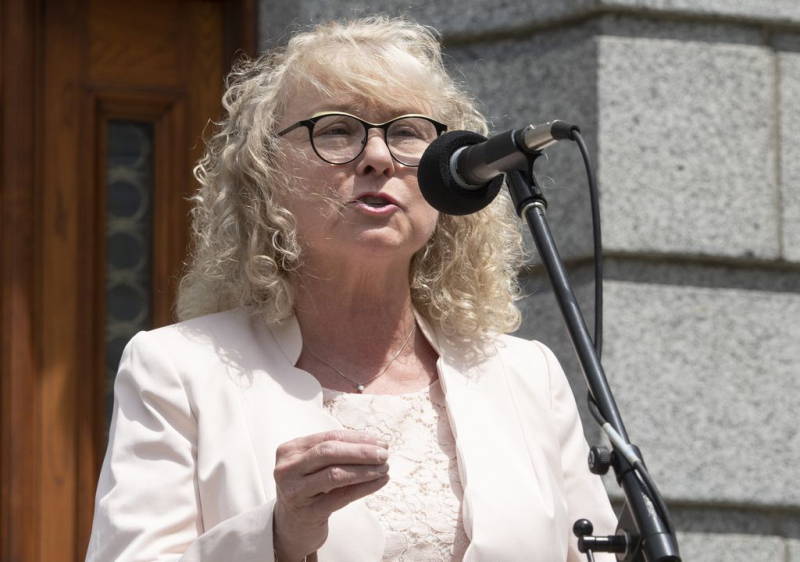 Minister of Seniors Marguerite Blais in Quebec City on June 17

Share September 24, 2020 12:59 p.m. Updated at 1:48 p.m. Share Marguerite Blais blames some of the blame for the CHSLD fiasco on Legault and Arruda Caroline Plante The Canadian Press QUEBEC – The opposition in the National Assembly wonders what future awaits the Minister of Elders Marguerite Blais.

She threw some of the blame for the fiasco in the CHSLDs on her own Prime Minister, François Legault, and the national director of public health Horacio Arruda.

“I am wondering about the role that the Minister of Seniors will continue to play in this government,” the interim leader of the Parti Québécois, Pascal Bérubé, said at a press briefing on Thursday.

In an interview with the program “Enquête”, which will be broadcast on Radio-Canada on Thursday, Ms. Blais explained that she had very little power. She invited the journalist to question MM. Legault and Arruda.

In particular, we must ask Dr. Arruda why Quebec let health workers who returned from travel last March to work in CHSLDs, she said.

Her testimony is “explosive”, reacted Mr. Bérubé, who believes that Marguerite Blais has just “no more and no less” to “shoot in the boat”.

She is a whistleblower who comes from the Council of Ministers, he surprised himself, saluting at the same time the candor of the minister. “Admit it's unprecedented.”

For the liberal leader Dominique Anglade, Mr. Legault must now “explain to the population why Ms. Blais is still there”.

According to her, Ms. Blais has a large part of the responsibility for the slaughter caused by COVID-19 in CHSLDs. “You are a minister or you are not,” said Ms. Anglade.

In question period Thursday, the Minister of Health Christian Dubé came to the defense of his colleague, who was not present at the Blue Salon. He pleaded with the assembly to show “empathy” towards Ms. Blais.

“The member for Saint-Jérôme is a woman of heart,” he said. She is a woman who has returned to politics to take action on the elders. ” Ms. Blais is the Member of Parliament for the riding of Prévost.

Mr. Bérubé affirmed that his party would not have chosen Ms. Blais as a candidate in the last elections, but that François Legault's Coalition Avenir Québec (CAQ) had “taken advantage” of her popularity.

“We have used Marguerite Blais as a tool,” he said.

Arruda has to pull himself together

In addition, Thursday, Dominique Anglade asked Dr. Arruda to “pull himself together”, as she had done the day before in an interview with The Canadian Press.

According to her, Dr Arruda made “irresponsible” statements this week when he raised the possibility of sending police into homes to control the spread of COVID-19.

Ms Anglade and Mr Bérubé both said on Thursday that it might have been wiser to wait before renewing Dr Arruda as national director of public health.

“I was one of those who had already questioned when he was reappointed, I said:” This is a discussion that we should have with all the opposition parties, “” recalled Ms. Anglade.

Teilor Stone has been a reporter on the news desk since 2013. Before that she wrote about young adolescence and family dynamics for Styles and was the legal affairs correspondent for the Metro desk. Before joining The Bobr Times, Teilor Stone worked as a staff writer at the Village Voice and a freelancer for Newsday, The Wall Street Journal, GQ and Mirabella. To get in touch, contact me through my teilor@nizhtimes.com 1-800-268-7116
Previous ArticleTrudeau speaks to nation, calls for more effort against pandemic
Next ArticleFields of competence in health: Trudeau responds in Quebec by citing CHSLDs