Marie-Sophie Dion: the art of seeing and being seen 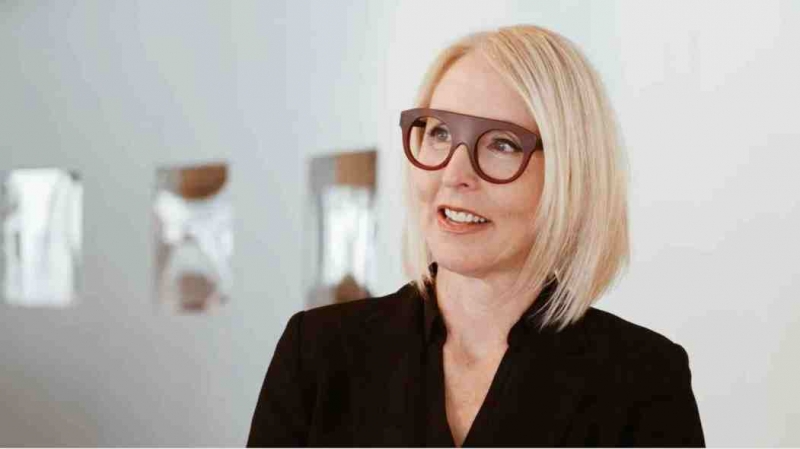 In 1992, the optician and artist-designer Marie-Sophie Dion opened its first Glasses Bar in Sherbrooke. Three decades later – and after the opening of four other boutiques, including one in Old Montreal – it is still the same passion that drives her: that of creating “perfect glasses” made here, for everyone. and of its customers. Maintenance.

Founder of Glasses Bar
Speciality: glasses custom made in Quebec and ready-to-wear
Foundation year: 1992
Number of employees: 15 < br>Number of glasses sold each year: 5000

Many opticians only sell ready-to-wear, but there are has a real artistic dimension in your approach. What led you to design the glasses you sell yourself?

“When I opened thirty years ago, what interested me was really to offer different frames. At first, I bought them one by one in Europe to resell them here, but sometimes I couldn't find the perfect glasses. And when it's been several times that you can't find in your stock exactly the shape you designed, you say to yourself: “I would like to design it and have it produced here!” So it started from this idea and also from the desire to offer color. I imported the most colorful collections in the world, but sometimes I couldn't find the right shape in the right color.

When I opened my third and fourth store, I thought it would be worth buying the specialized equipment to make my own frames in Quebec. So I spoiled myself, I invested in the machines and I even brought in a Frenchman who had the necessary technical know-how. I was the first to do that.” 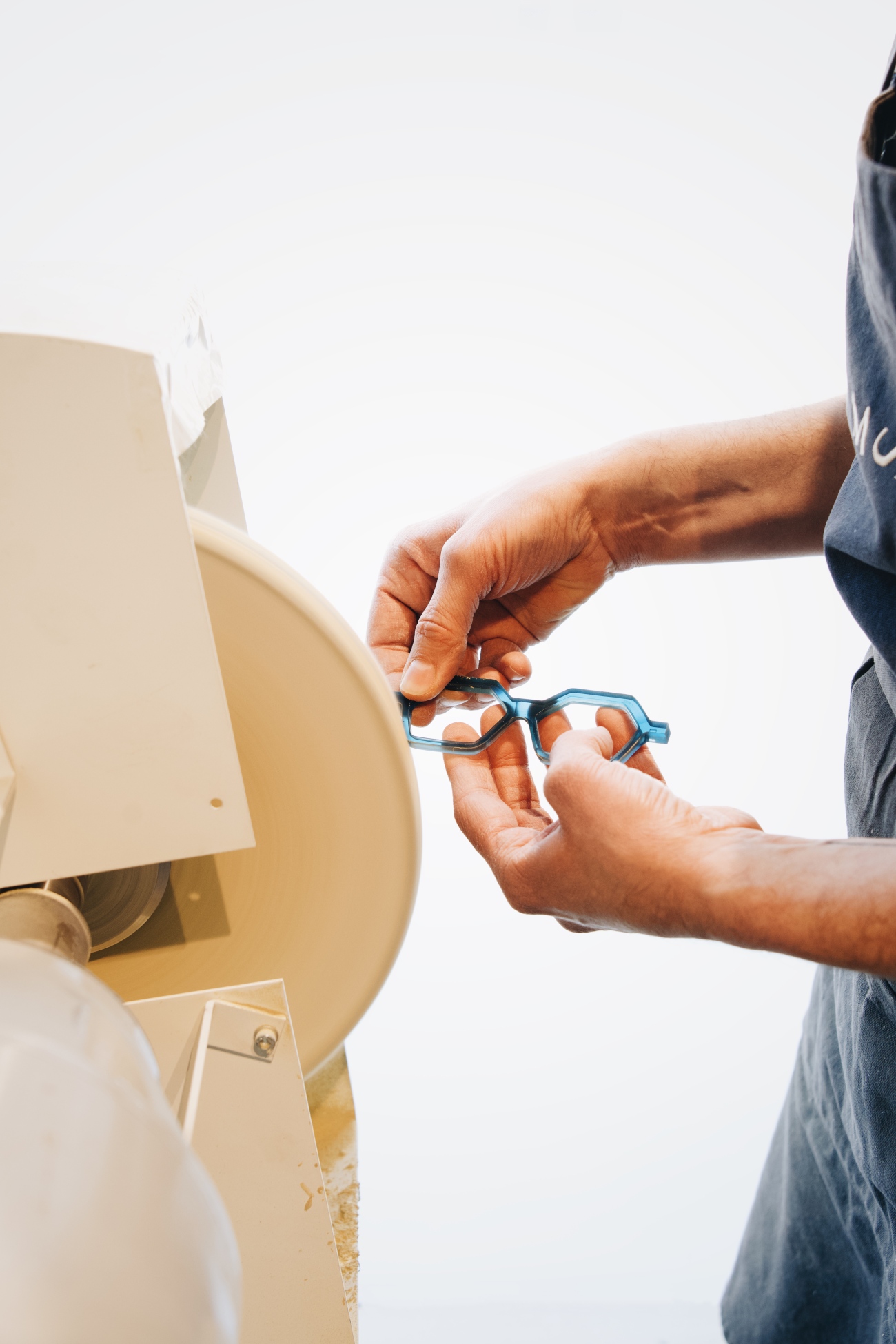 As you say, finding the perfect pair is not not always easy. How do you draw the “perfect glasses”?

“The most important thing is to have perfect support on the nose, that the angle of the bezel is the same as the angle of the nose. There are also several other technical criteria: the top of the glasses must join the eyebrow and have the same shape as the eyebrow, you must see the eye well and see skin everywhere around the eye for an awake look .

In terms of style, we ask people what they want to project with their new glasses, what image they want to give of themselves, because you can really do a lot of things. Do you want to project a warmer personality, close to people, or do you want to impress, look stricter? A bezel that has character is a bezel that has angles and also contours. Circular or oval shapes will give a softer style, while sharp angles will give a more serious air.”

More than a way to see well, they are therefore real accessories fashion?

“Yes! I am often inspired by clothing fashion to imagine my frames. I see the clothes and I imagine glasses that could go with them. It is an accessory to stand out, to speak without opening your mouth. Then, I find it a shame to only have one pair because we don't necessarily always mean the same thing, so I like the idea of ​​having at least two. A more sober, a more expressive. It allows you to get out of the seamless look. We can have fun, express ourselves more.”

We imagine that you have more than one pair at home. Exactly how many do you have?

“I don't know, but not enough! Let's say I have a small personal collection of them, but because I work a lot, I have five stores, plus the workshop, plus two teenagers, I don't have much time to design glasses for myself. .

Among all the pairs you have drawn, is there one in particular that has marked you?

“During a party, a friend of mine gave a hug to Denis Gagnon, the fashion designer with the iconic glasses, and unfortunately his glasses fell on the floor and broke. It was a pair that he had been given by Renata Morales [also a fashion designer], a former Lanvin sunglasses, I believe. There, my completely sorry friend said to her: “Denis, I think that Marie-Sophie will be able to arrange that for you.” That's how I found myself redoing Denis Gagnon's glasses identically.”

In thirty years, we've seen fashions change… But you, Are you still there! Would you say there is something timeless about your glasses?

“I would say that I don't let myself be influenced too much by short-lived trends. For example, a client who would like a hexagonal frame, I will tell him that there may be too many and that it is better to do something else so that it is more unique and timeless. It's funny because lately I was designing glasses for a client and it reminded me of the models I made for Marie Saint Pierre in 2004. So, somehow, that means that this shape doesn't have so much aged. On the other hand, I wouldn't want to go retro. What has already been done has been done, I always try to bring something new.” 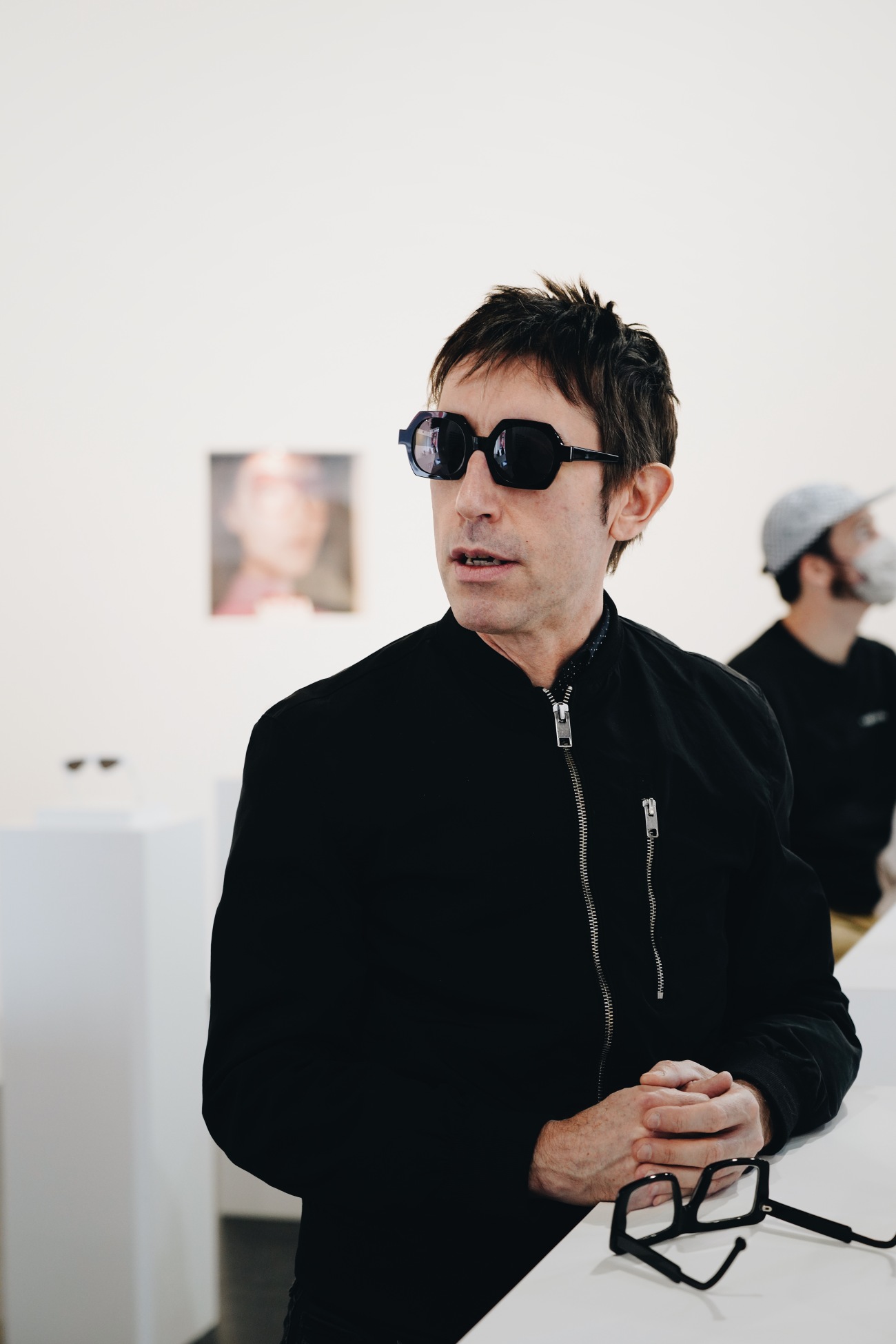 Now that your fifth store has just opened in Old Quebec, what's next? Would you like to look more internationally?

“I'm thinking about it, but if I do, it will be more in the form of a pop-up or a shop-in-shop to keep the concept of the bar and offer a personalized service; I care about it! When you are in one of my shops, you are a bit in my head. I designated the space and I even make the playlistthat you hear. And it's also an opportunity that I want to offer to the opticians who are with me to do personalized work that makes sense to them. Going to a store in Europe one day and seeing my glasses on the wall in the middle of Gucci and Ralph Lauren, that does not interest me.

It is certain that I am more an artist than businesswoman. I let myself be guided more by my feelings than by financial questions. The reason I recently collaborated with Monogram, a metal eyewear manufacturer from Dubai, is because he was an honest, easy-to-talk-about person. Otherwise I wouldn't have done it. If I like the experience, we could launch my collection internationally. In the meantime, I let myself be carried a bit like a leaf on a stream. I am attentive to suggestions, but I like everything to be done in a natural, organic way.”

Your best advice for starting a business:

“Going into business to go into business, I'm not suggesting. Start from what excites you and if one day you have the idea that it may appeal to others, then at that time consider marketing it. Don't be afraid to start small and grow slowly.”

An entrepreneur who inspires you:

“Marie Saint-Pierre! Because despite the obstacles and the pandemic, she always followed her dreams. Plus, she does amazing photoshoots with her daughter who helps her with her social media. All she does is jewelry! She puts so much energy into it, she's a powerhouse.”

“I haven't favorite app, but I take pictures all the time. When I see something beautiful, shlack!, I take a picture. That's probably also how I find my inspiration, but my boys find it really annoying.”

Teilor Stone has been a reporter on the news desk since 2013. Before that she wrote about young adolescence and family dynamics for Styles and was the legal affairs correspondent for the Metro desk. Before joining The Bobr Times, Teilor Stone worked as a staff writer at the Village Voice and a freelancer for Newsday, The Wall Street Journal, GQ and Mirabella. To get in touch, contact me through my teilor@nizhtimes.com 1-800-268-7116
Previous ArticleAn “Omicron tsunami” has swept across Canada… and continues to wreak havoc
Next ArticleForena-style freshness