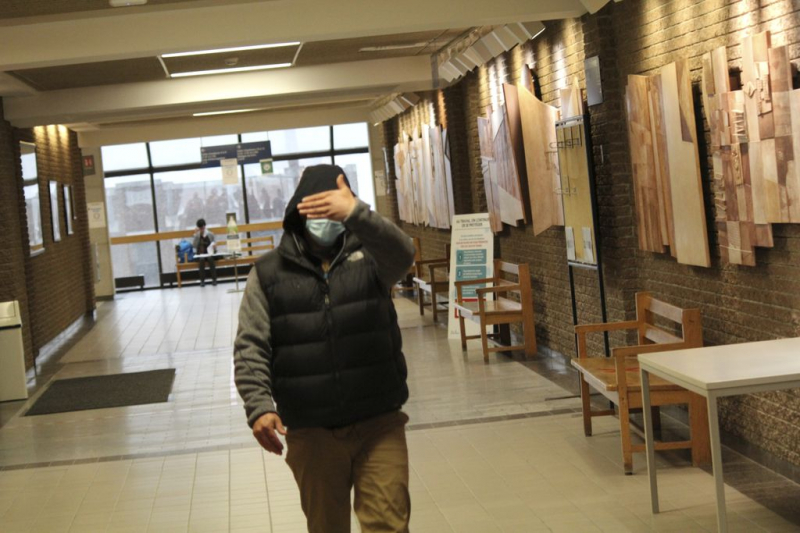 René-Charles Quirion La Tribune Sherbrooke – It's kind of legal groundhog day for Michée Roy who is undergoing her second trial on a charge of manslaughter of her child in 2015 in Richmond.

It was Judge Claude Leblond of the Court of Quebec who began hearing the trial on Monday at the Sherbrooke courthouse.

The criminal prosecution attorney Marie-Line Ducharme will present with a few details the same evidence as the first trial which took place in the winter of 2017.

The Court of Appeal ordered a new trial in March 2019 given new medical evidence presented where there is a “risk of miscarriage of justice.”

It is in defense that Michée Roy will bring new evidence.

His lawyer, Me Félix-Antoine Doyon, announced that the Ontario neuropathologist Dr. David Ramsay will be called to the bar to present a new expertise in the case based in particular on the analysis of parts of the child's brain that have been preserved.

The trial is translated to allow Dr. Ramsay to properly analyze the evidence.

Another expert was also announced by the defense.

During the first trial, the court held that it was by shaking him violently that Michée Roy had caused the death of his son Kylen Roy on June 7, 2015. Little Kylen had remained in a neurovegetative state before succumbing about six months after being shaken.

The theory of defense of the cause of the injuries has not changed, either that it was concluded to a non-accidental head injury (NAI) due to the absence of external signs and that it is based on the exclusion of other pathologies.

The first trial had lasted three and a half days, but Michée Roy had not called an expert to the stand. He had been found guilty and then sentenced to twelve years in prison.

Michée Roy was released under conditions by the Superior Court in the spring of 2019, a few months after the decision of the Court of Appeal to grant him a second trial.

The trial is scheduled to last two weeks.

Trial: Michée Roy was in a panic and insulting

From 7 to 14 years in prison for Michée Roy

Teilor Stone has been a reporter on the news desk since 2013. Before that she wrote about young adolescence and family dynamics for Styles and was the legal affairs correspondent for the Metro desk. Before joining The Bobr Times, Teilor Stone worked as a staff writer at the Village Voice and a freelancer for Newsday, The Wall Street Journal, GQ and Mirabella. To get in touch, contact me through my teilor@nizhtimes.com 1-800-268-7116
Previous ArticleRestaurant owners in solution mode
Next ArticleSPS: more and more mental health interventions