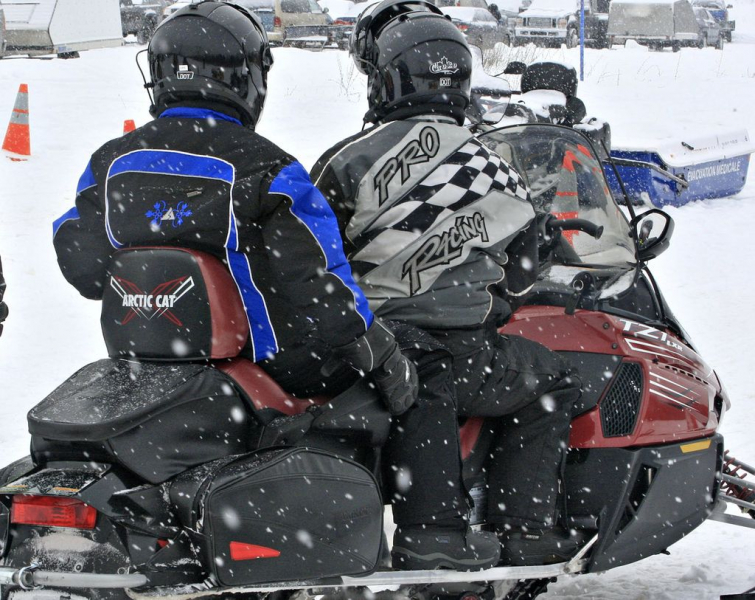 If the law is passed, you will have to be 16 years old and have mandatory training to drive ATVs and snowmobiles.

Share November 10, 2020 5:57 p.m. Updated at 6:12 p.m. Share ATV clubs against raising the legal age from 14 to 16 Patrice Bergeron The Canadian Press ATV riders oppose the minimum legal driving age these racing cars be set at 16 rather than 14.

Their association appeared before the parliamentary committee studying Bill 71, aimed at tightening the rules for off-road vehicles and snowmobiles. The Minister of Transport, François Bonnardel, welcomed their plea with great reserve: he even opened the door to other restrictions, affecting the access of young people to powerful motorcycles.

If this law is adopted, you will have to be 16 years old and take compulsory training to drive ATVs or snowmobiles. A person who would let a minor who does not have these prerequisites to drive this type of vehicle would be subject to a maximum fine of $ 900, while for a rental company, it could reach $ 25,000.

“Not a problematic clientele”

The group of young drivers aged 14 to 16 “was not a problematic clientele”, assured the general manager of the FQCQ, Danny Gagnon.

Crashes happen when they ride large adult ATVs, which are too heavy for them, he explained. He therefore demands that they be allowed to ride smaller ATVs adapted to them.

“We are taking over the activity for the future,” pleaded Mr. Gagnon.

Minister Bonnardel expressed his skepticism. He argued that the ATVs and snowmobiles sold in the market were now massive in size.

“It remains an adult machine for me. I don't think there are any suitable snowmobiles, let alone ATVs. (…) We will have to evaluate it strongly to see what kind of machines the dealers offer. ”

In addition, in the same vein, he added that he is in discussions with the Société de l'assurance automobile du Québec (SAAQ) concerning another category of drivers, namely young people riding powerful motorcycles on high-speed motorcycles. roads.

“For me, it is undeniable that a young person of 16-17 years who obtains his motorcycle license, who embarks directly on a (Suzuki) GSX-1100, a (Kawasaki) Ninja 1000, it does not work, he must to have progress. ”

“It remains an adult machine for me. I don't think there are any suitable snowmobiles, let alone ATVs. (…) We will have to evaluate it strongly to see what kind of machines the dealers offer ”- The Minister of Transport, François Bonnardel

Let us remember that the government considers the reform of Bill 71 necessary because of the “disastrous” safety record of ATVs and snowmobiles, to use the words of the Minister.

In 10 years, ATVs and snowmobiles have caused no less than 581 deaths and 6,237 hospitalizations. In 60% of fatal crashes, the driver had consumed alcohol.

If Bill 71 is passed, impaired driving will become prohibited. The maximum speed imposed on snowmobilers will be 70 km / h, while it will be 50 km / h for ATV riders. And less than 100 meters from a home, a health establishment or an area reserved for the practice of cultural, educational, recreational or sports activities, the pilots will have to slow down to 50 km / h.

Teilor Stone has been a reporter on the news desk since 2013. Before that she wrote about young adolescence and family dynamics for Styles and was the legal affairs correspondent for the Metro desk. Before joining The Bobr Times, Teilor Stone worked as a staff writer at the Village Voice and a freelancer for Newsday, The Wall Street Journal, GQ and Mirabella. To get in touch, contact me through my teilor@nizhtimes.com 1-800-268-7116
Previous ArticleCégep student general assembly canceled
Next ArticleSearch continues to locate three teens in New Brunswick