Muhammad cartoons: freedom of expression has its limits, says Trudeau

By Teilor Stoneon October 30, 2020in Politic 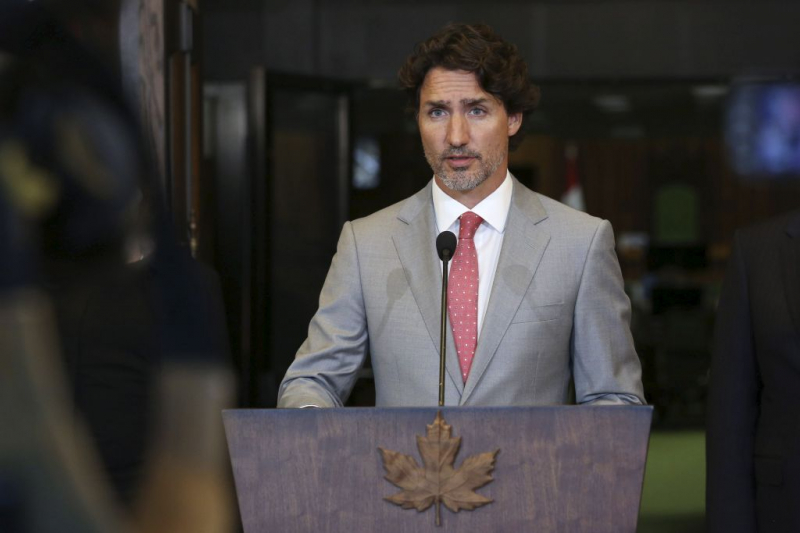 Share October 30, 2020 4:57 p.m. Share Caricatures of Muhammad: Freedom of expression has its limits, according to Trudeau Lina Dib The Canadian Press OTTAWA – Justin Trudeau compares the publication of the Muhammad cartoons to the act of yelling “fire” in a movie theater crowded.

This is how the Prime Minister of Canada clarified his thoughts on these cartoons which have served as a pretext for two attacks on French territory for two weeks.

Mr. Trudeau therefore clearly does not share the opinion of French President Emmanuel Macron, who, for his part, claims the right to make fun of religions.

On October 16, teacher Samuel Paty was beheaded in the middle of the street. Thursday, two women and a man were slaughtered in a church in Nice.

After the first attack, President Macron defended the right to caricature. Thursday, arrived at the scene of the terrorist attack, he persisted, declaring that the French were attacked for their “values”, their “taste for freedom” and their choice “not to give in to any spirit of terror”.

“I say it with great clarity once again today: we will not give in to it,” he said Thursday evening in Nice.

Meanwhile, in Ottawa, Mr. Trudeau condemned this “unjustifiable” attack on Nice, but avoided saying whether he shared Mr. Macron's opinion on the caricature of the Muslim prophet.

On Friday, the Prime Minister was forced to return to the same issue at a press conference.

“In a pluralist, diverse and respectful society like ours, we owe it to ourselves to be aware of the impact of our words, our actions, on others, particularly these communities, these populations who still experience enormous discrimination” , he continued.

According to him, we should not seek to “injure, in an arbitrary or unnecessary manner, those with whom we are sharing a society and a planet”.

He forbade himself to give in to terror in this way.

“It's a matter of respect,” he replied.

“It's a matter of not seeking to dehumanize or deliberately hurt. I think there is still an extremely important, extremely sensitive debate to be had on possible exceptions (to freedom of expression), ”he argued.

He nevertheless wanted to conclude by repeating that the two crimes of the last two weeks, in France, are “unjustifiable” and that the terrorists who committed them “do not represent a religion, do not represent Muslims here at all. Canada or anywhere in the world ”.

Teilor Stone has been a reporter on the news desk since 2013. Before that she wrote about young adolescence and family dynamics for Styles and was the legal affairs correspondent for the Metro desk. Before joining The Bobr Times, Teilor Stone worked as a staff writer at the Village Voice and a freelancer for Newsday, The Wall Street Journal, GQ and Mirabella. To get in touch, contact me through my teilor@nizhtimes.com 1-800-268-7116
Previous ArticleOttawa targets more than 1.2 million new permanent residents in three years
Next ArticleCaregivers: QS claims $ 200 / month