Performance halls are back, without the pandemic constraints of the past two years. If the lifting of confinements and sanitary measures was well felt during the shows, this is also the case on the albums of artists who wanted to make their audience dance with great blows of electro or disco!

Sprinkle notes of nostalgia and give pride of place to Indigenous languages, here you are with the magic potion of the musical trends of the year in Quebec.

All languages ​​combined, the proportion of listens associated with Quebec artists on interactive music streaming services is 8% for the period from October 15, 2021 to October 13, 2022, according to data from Nielsen Music/RCM Data. In sales of physical and digital albums, artists from here represent more than 30%.

As for French-language songs, only two Quebec songs are in the top 100 of the most played tracks on music streaming services in Quebec, namely < em>Co-pilot of FouKi with Jay Scøtt (17th row) and America is crying from Les Cowboys Fringants (49th row).

Three French-speaking artists from Quebec end up in the top50 of the most listened to performers with us on these same platforms. These are the Dashing Cowboys (16th rank), Enima (19th rank) and FouKi (39th rank).

Trend cycles are said to typically repeat themselves every 20 years. It is therefore only natural that the music and the looks of the 2000s are experiencing a new effervescence today.

Listen to the albums of Sophia Bel or Claudia Bouvette released this year and observe the looks of the two singer-songwriters, you will believe you are traveling through time. Thus, on the opus of Claudia Bouvette, TheParadise Club, we can easily detect the influences of Akon, Fergie and Gwen Stefani, artists she has cherished since adolescence.

Add to this that some of the values ​​dear to Gen Z, such as openness to vulnerability and mental health issues, are echoed in the connection to the emotions present in pop-punk, one of the dominant musical styles of the turn of the century. .

In fact, shortly after the release of Anxious Avoidant, Sophia Bel mentioned to Métrothe importance that the group Fall Out Boy had for her, to which she returned while writing the album: “I was in the process of healing certain wounds, I was in the acceptance of who I am, of 'where I come from, why I am the way I am. I had to find my roots. So it was natural to go back to what I listened to when I was younger.”

Our artists wanted to dance and make people dance this year. Electro has crept into the music of several artists who previously focused on so-called more traditional instruments.

As an example, the stripped-down folk guitars, long central to the music of the Boulay Sisters, have been almost entirely sidelined in favor of silky keyboards on their latest album, Échapper à la night, published this year.

It's that the pandemic has been difficult, and at the end of this period, the artists no longer wanted to mope in their songs, but rather to celebrate.

“The goal, it's that we all get together to dance and sing,” explained Lydia Képinski to Métro speaking of her album Depuis, with very electro sounds, released This year.

Same story on the side of Rosie Valland, who has also launched an electro-pop album in recent months. She had no desire to “drag heaviness” out of the pandemic, being rather driven by a very deep desire to compose joyful, dancing and luminous music. “I wanted to be in the party,” she summed up in an interview.

The increased place of indigenous music

The influence of music in Aboriginal languages ​​continued to grow this year. In the fall, ICI Musique launched its first program entirely dedicated to artists from Indigenous communities, Minotan!. Rapper and actor Samian is at the helm of this show, which has enriched the channel's repertoire.

The station's first director, Geneviève Levasseur, corroborates in an interview with Métro the increased place occupied by the music of Aboriginal artists, who tint their songs with a multitude of influences. “The shows share their favorites, Aboriginal music circulates a lot,” she observes.

In fact, the Révélations Radio-Canada, which showcases more than talented young artists with a promising future, added a new category this year. The Innu artist Kanen, with his sensitive indie-folk, thus became the first Revelation in Aboriginal music.

ADISQ is not to be outdone, the institution having created this year the category of the best album in Aboriginal languages. It was Attikamek singer-songwriter Laura Niquay who won the inaugural prize awarded in this category, in addition to leaving with the Félix for Aboriginal artist of the year, a category which was created in 2019. 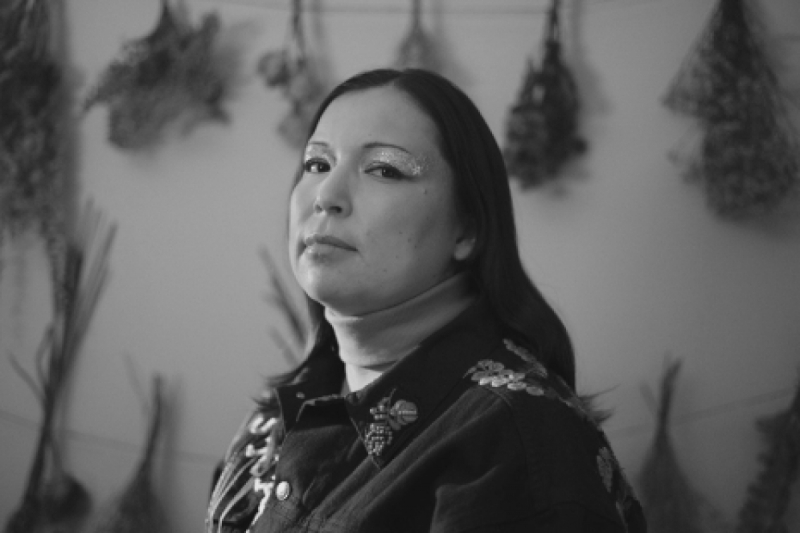 Disco at its peak

As if to extricate ourselves from the pandemic torpor, we are witnessing a resurgence of disco influences in pop music. Artists totally or partially embrace these sparkling sounds with bass guitar lines that make you want to wiggle your hips.

This year, the most Quebecois of Acadians, Lisa LeBlanc, brought this style to its peak thanks to on his most recent album, Chiac Disco, released in March and crowned pop album of the year at the most recent Gala de l'ADISQ.

Many artists who released disco-influenced albums at the end of 2021 have taken their groove to provincial stages on tour this year. Think of the group Choses Sauvages which, with its second opus, has established itself as a leading figure in neo-disco in Quebec, or the indie-rock band Bon Enfant, whose album Diorama, tinged of sparkling synths, won the prize for rock album at the Premier Gala de l'ADISQ this fall.

Today, it is without the slightest irony that local artists, such as Barry Paquin Roberge or Le Couleur, are reclaiming disco and offering glam, catchy and groovy melodies that update a style which once may have seemed outdated and restore it to its former glory. a-grooveacute-65922da.jpg” alt=”Music: 2022, ça a «groové»!” />

2022 has been a banner year for local music. Here are the songs that delighted the ears of the Métro team:

Teilor Stone has been a reporter on the news desk since 2013. Before that she wrote about young adolescence and family dynamics for Styles and was the legal affairs correspondent for the Metro desk. Before joining The Bobr Times, Teilor Stone worked as a staff writer at the Village Voice and a freelancer for Newsday, The Wall Street Journal, GQ and Mirabella. To get in touch, contact me through my teilor@nizhtimes.com 1-800-268-7116
Previous ArticleHubert Lenoir, our artist of the year
Next ArticleTop 10 Quebec books of 2022