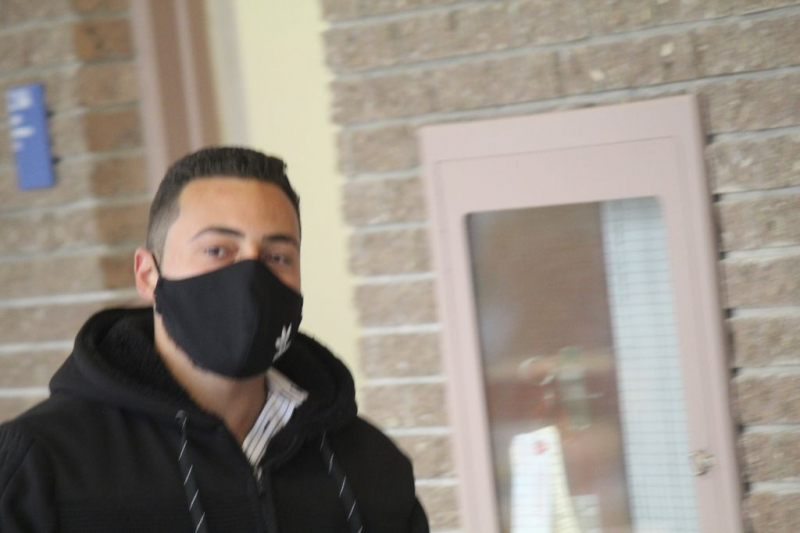 René-Charles Quirion La Tribune Sherbrooke – As he seeks permission from the court to drive a vehicle to work, Nacime Kouddar is not yet facing new charges following the death of the security guard of the Walmart at the Galeries 4-Saisons in Sherbrooke Philippe Jean.

The 25-year-old man from Mascouche is charged following the altercation with a security guard that took place in the parking lot of Galeries 4-Saisons last April.

Nacime Kouddar was back on Monday at the Sherbrooke courthouse to request the review of his release conditions, so that he could drive to facilitate his hiring.

Judge Charles Ouellet of the Superior Court has taken Nacime Kouddar's request under advisement and will determine on October 14 if he grants the modification of the condition of release.

The judge issued a publication ban on the facts of the case at the request of the prosecution at the start of the hearing on the change of conditions motion on Monday.

Request for non-publication to which defense lawyer Kim Dingman did not consent, but which the court granted.

“We want to preserve the integrity of the evidence and the fairness of the trial. It is essential that there are no elements which are transmitted in the media. We want to avoid a change of venue, ”explains the prosecutor, Me Gabrielle Cloutier.

The victim security agent in this case, Philippe Jean, died on August 20 after spending nearly five months in a coma.

Philippe Jean, father of five, had been in a coma since the altercation of April 4, 2020.

“There was a change where the victim died at the end of August. It changes a lot of things, ”explained Me Gabrielle Cloutier.

A description of the video images from the Walmart surveillance camera and the testimony of witnesses to the scene reported by the investigator from the Sherbrooke Police Department made it possible to summarize the events of last April when the security officer suffered the serious injuries that led to his death.

The publication ban covers the contents of this evidence as well as the videotape of the events which has been sealed.

This video element, like all of the evidence, is not public for the time being before the trial of Nacime Kouddar.

“We have not yet received Philippe Jean's medical report. The proof is not complete after six months, ”points out Mr. Dingman.

The 25-year-old has been charged following this altercation that occurred at the start of containment linked to the COVID-19 pandemic.

Nacime Kouddar as well as a potential employer testified to support the arguments in order to convince Judge Ouellet to grant him relief from his conditions.

Teilor Stone has been a reporter on the news desk since 2013. Before that she wrote about young adolescence and family dynamics for Styles and was the legal affairs correspondent for the Metro desk. Before joining The Bobr Times, Teilor Stone worked as a staff writer at the Village Voice and a freelancer for Newsday, The Wall Street Journal, GQ and Mirabella. To get in touch, contact me through my teilor@nizhtimes.com 1-800-268-7116
Previous ArticleA cigarette butt at the origin of the fire on Frontenac Street
Next Article$ 4.9 million to better protect Sherbrooke residents against fires