New respite for TikTok in the United States 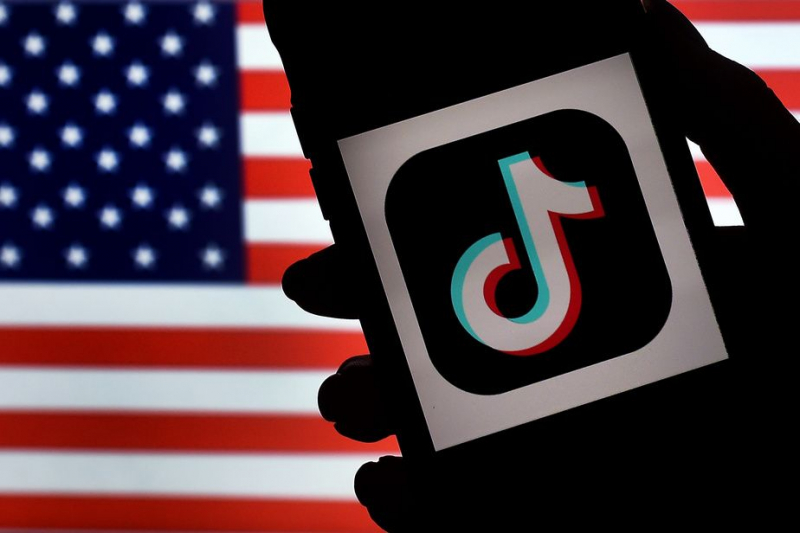 US users will continue to be able to download TikTok and its updates, at least for now, thanks to an American judge who blocked the suspension of the app ordered by the Trump administration in the name of security on Sunday. national.

Share September 27, 2020 4:30 p.m. Updated at 11:46 p.m. Share New respite for TikTok in the United States Julie Jammot Agence France-Presse WASHINGTON – American users will continue to be able to download TikTok and its updates, at least for now, thanks to to an American judge who blocked the suspension of the app ordered by the Trump administration in the name of national security on Sunday.

Donald Trump signed a decree in early August to ban the very popular social network, which belongs to the Chinese group ByteDance, unless it falls into the fold of an American company.

Hours before the government's decision to ban the app from downloading platforms came into effect, Judge Carl Nicholas ruled in favor of TikTok, which had filed an appeal on September 18.

The magistrate, appointed by Donald Trump in 2019, has however for the moment refused to suspend the total ban on the app on American soil, scheduled for November 12.

The reasons for his decision are under seal to protect potentially confidential information, but are due to be released on Monday once the two sides agree.

“We are satisfied that the court agreed with our legal arguments and prevented the implementation of the ban,” responded TikTok.

In a telephone hearing on Sunday morning, his lawyers said blocking downloads of the app would be unconstitutional and violate the right to free speech, especially in the run-up to the November 3 presidential election.

“TikTok is much more than an application, it is the modern version of the public forum, it is a community, it is a means of communication […] all the more important in times of pandemic”, argued lawyer John Hall Sunday. “If the ban comes into effect, it's as if the government were preventing 2/3 of the country from coming to the agora.”

The platform also assured that it would cause irreparable damage in terms of growth, while it gained some 424,000 new American users per day at the beginning of the summer.

And stopping updates would ironically “erode security” for the current 100 million US users, Hall said.

For its part, the government says it wants to prevent new users from being exposed to the risk of having their data looted by China.

Donald Trump has long accused TikTok of spying on its users for the benefit of Beijing, without evidence.

Since his decree, negotiations, invective at the top and twists and turns in the courts have been linked. If the negotiations are unsuccessful, a complete ban on network activities on American soil could come into force from November 12, the Treasury warned.

TikTok last weekend confirmed an agreement to create a new company, TikTok Global, with Oracle as a technology partner in the United States and Walmart as a business partner.

There would also be a 12.5% stake from Oracle and 7.5% from Walmart. The Americans would hold four of the five seats on the board.

But the finalization depends on the goodwill of the American president and the Chinese government.

“We are continuing our ongoing dialogue with the government to finalize this project, to which the president has given his preliminary approval,” TikTok said on Sunday evening.

The app of short videos, mostly musical and humorous, has become the new symbol of the battle between the United States and China for domination of the high-tech sector.

The White House host, campaigning for re-election, hammered this week that he would not give his approval if the new group remained under Chinese control while claiming that Oracle and Walmart would own the majority.

ByteDance, which includes US investors, called the information “false rumors.”

But ByteDance announced that it had made a “request for authorization” to export technology, without specifying on what subject.

This initiative could concern the famous algorithm that made TikTok so successful: it allows users to display the content most likely to interest them, according to their tastes, and to lead them to spend as much time as possible viewing video after video on the platform.

China refuses to let this precious computer system fall into the hands of the United States.

Teilor Stone has been a reporter on the news desk since 2013. Before that she wrote about young adolescence and family dynamics for Styles and was the legal affairs correspondent for the Metro desk. Before joining The Bobr Times, Teilor Stone worked as a staff writer at the Village Voice and a freelancer for Newsday, The Wall Street Journal, GQ and Mirabella. To get in touch, contact me through my teilor@nizhtimes.com 1-800-268-7116
Previous ArticleBus carriers call on Ottawa for help weather crisis
Next ArticleCompanies take legal action against Chinese product taxes