No external expert for Valoris … for the moment 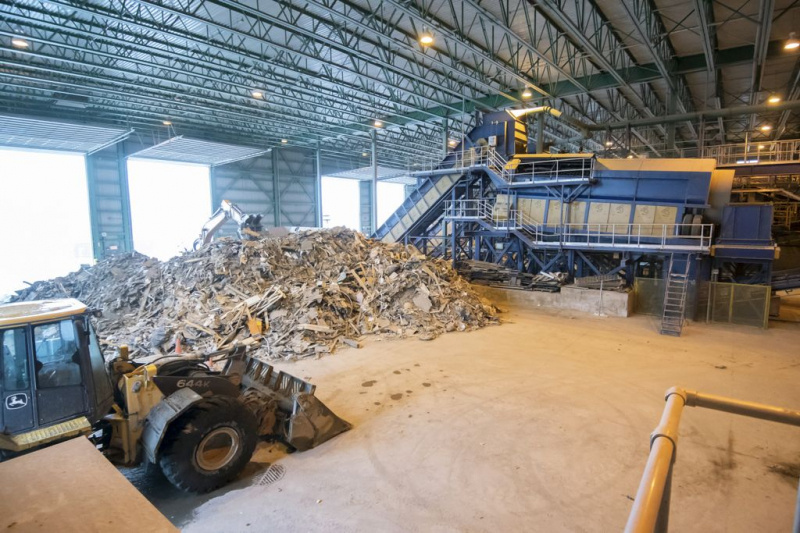 Elected officials have chosen to trust the recovery plan of Valoris.

Jonathan Custeau La Tribune SHEBRROOKE – Councilor Pierre Tremblay's proposal to hire an independent consultant to analyze the financial impacts of Valoris' activities over a five to ten year horizon and to propose options to the City of Sherbrooke was rejected by all the other elected Monday evening. For many of them, it was less the idea of an external analysis that caused discomfort, but the timing for such an exercise.

Mr. Tremblay proposed that a study be carried out requiring results in the next four months so that elected officials can make an informed decision. He also suggested offering the MRC du Haut-Saint-François the opportunity to join the process. He specified that his resolution did not target members of the board of directors of Valoris, nor members of management, nor employees. Rather, he felt that, as elected, it was his role to clarify the financial situation of this authority.

Faced with the unanimity of his colleagues, he agreed not to bring the subject of Valoris back during the current mandate. “Valoris has been anything but an asset to our population for 10 years. We have to face the facts that it does not work. It is a machine to pump the hard-earned money of Sherbrooke residents. Democracy has spoken and I respect that decision. Our council does not seem to want to have the real portrait and prefers to close their eyes. I won't be bringing the Valoris file back to the table again, at least not in this mandate. Perhaps the next tip will show more courage. That's what I want for Sherbrooke residents. Stubbornly rescuing Valoris is like stubbornly resuscitating a dead person. “

Mayor Steve Lussier, vice-president of Valoris, immediately opposed Mr. Tremblay's proposal. He argued that Valoris continues to negotiate to find outlets for its materials, that talks with the Quebec government are continuing to obtain recognition and that there are still hopes of relaunching the sorting lines that have stopped. “Our recovery plan resolves the mistakes of the past. “

Mr. Lussier also announced that he had expressed his dissatisfaction to the minister responsible for the Eastern Townships, François Bonnardel, to note that other sites were receiving subsidies without reclaiming residual materials.

Annie Godbout was the first to propose a compromise, to suggest giving the individuals in place a chance to deploy the famous recovery plan. “I like my colleague's idea of having an external expert to guide us in our decision-making in the City for the management of residual materials. It was clear when the turnaround plan was presented that 2020 was an important year. I would like to suggest that we can wait until the discussions with the Minister of the Environment are completed and the year 2020 is completed before considering such a mandate. An update of the recovery plan by an external expert can only be profitable for Sherbrooke residents, but the timing may not be ideal for this request. “

A majority of elected officials echoed him, including Vincent Boutin. “By going externally, what will we learn that we don't already know? The Auditor General made her 2018 report and her recommendations are in the process of being implemented. We must give the runner the chance. As soon as the action plan fails, I would agree to go externally. “

“We must ask ourselves the question: what are the private sector doing to be so competitive or so that we are so uncompetitive? We must take the time and perspective to seek out this resource not to work against Valoris but to find a solution and ensure that we have a fair cost for Sherbrooke residents, ”suggested Marc Denault.

Rémi Demers proposes for his part that the idea be adopted by the Board of Valoris, and not by the municipal council. “I would prefer that the Board, with our partners, look at this possibility. It is always good to be challenged by external resources. “

Pierre Avard also suggests patience. “With all the steps in hand, is it the right time or should we wait until the year passes? It might be an idea to put the debate back to the beginning of the year. “

Julien Lachance, member of the Board of Valoris, for his part, wishes that the director general of the organization, Denis Gélinas, goes to give the correct information to the elected officials.

Chantal L'Espérance reminds her that Sherbrooke residents must do their part by using the right bin for recyclable and compostable materials.

Évelyne Beaudin voted against Mr. Tremblay's proposal because she places all her confidence in Auditor General Andrée Cossette, who says she is satisfied with the recovery plan of Valoris. “I hope all the same that we will have an exhaustive presentation of the 2021 budget of Valoris by the official best placed to talk to us about it: its CEO. “

Nicole Bergeron recalled that Valoris has its own board of directors and that the City of Sherbrooke cannot require it to hire an external resource. She assured her colleague Pierre Tremblay that no elected official was turning a blind eye to the situation in Valoris.

Finally, Claude Charron suggested that a discussion on the subject be held rather behind closed doors.

Teilor Stone has been a reporter on the news desk since 2013. Before that she wrote about young adolescence and family dynamics for Styles and was the legal affairs correspondent for the Metro desk. Before joining The Bobr Times, Teilor Stone worked as a staff writer at the Village Voice and a freelancer for Newsday, The Wall Street Journal, GQ and Mirabella. To get in touch, contact me through my teilor@nizhtimes.com 1-800-268-7116
Previous ArticleAn obvious crime scene for a paramedic
Next ArticleDeath of Héliodore Dulac: “a rather special scene”