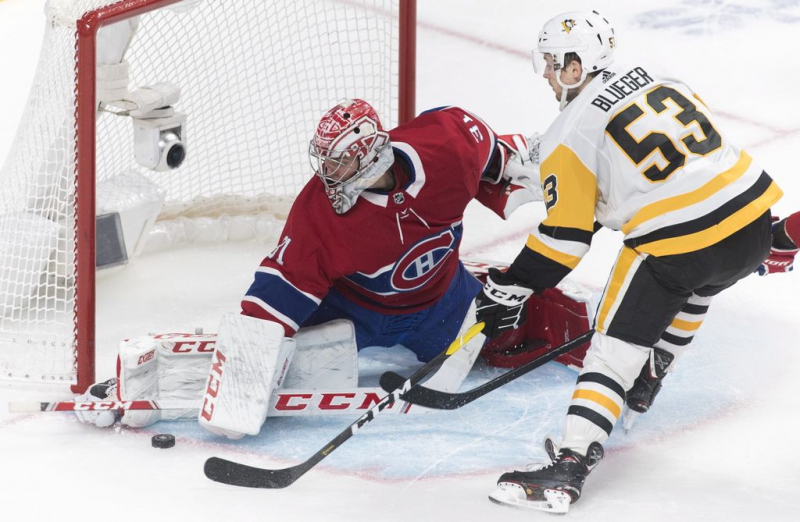 Carey Price will be the key element if the Canadiens are to beat the Sidney Crosby Penguins.

Share July 31, 2020 7:06 p.m. Share No big speech needed before the first Canadian-Penguins game Alexis Bélanger-Champagne The Canadian Press TORONTO – No one is planning to give a big speech in the Montreal Canadiens' locker room before the first game of the qualifying round against the Pittsburgh Penguins. If anyone does, it will be under the influence of emotion, of passion.

Just over 24 hours from the launch of the best of five series, the head coach of the Montreal team recalled that his troop is confident in its means.

“Everyone's excited,” said Captain Shea Weber. A few months ago we were basically out of the race. There, it's almost like another season starting. No one has the wind in their sails. We don't know what's going to happen. We want to get through this qualifying round. We want to establish our intentions from the first game. ”

On the Penguins side, the message was similar. Head coach Mike Sullivan recalled that it is not difficult to motivate yourself when playing for the Stanley Cup.

“The playoffs are the best time of the season to play hockey,” said Sullivan. The guys are happy to play. ”

Play as a team and quickly

The Penguins are overwhelmingly favorites in this series. They had 15 points more than the Habs on the clock, in two games less, when the NHL season was put on hiatus on March 12 due to the pandemic of the new coronavirus.

They also have more experience than the Habs, they who rely on a core having won the Stanley Cup three times and participated in four finals since 2008.

The Canadian will therefore need to be at his best if he wishes to succeed in causing surprise.

“We have to count on the contribution of the whole team. We have no choice, admitted Julien. We don't have a lot of leeway if we're going to hope to win against Pittsburgh with half or two-thirds of the team contributing. We're going to need everyone's help. ”

Julien also recalled that his team shines when they play with speed. This side of the game is also part of the Penguins' recipe for success.

“Speed can be defined in a number of ways, but it is the ultimate benefit,” said Sullivan. Over the years Jim (Rutherford, the GM) has improved our speed on skates, but our greatest strength in speed is quickness of mind.

“We have very intelligent players, who can anticipate the game and succeed in games thanks to their quick wit.”

A few questions remain unanswered on both sides. For the Canadiens, the composition of the third pair of defenders may not be entirely set in stone. Xavier Ouellet and Victor Mete seem to have a head start, while Brett Kulak should end up to the left of Jeff Petry, in the second pair.

However, Julien hinted on Friday that the defensive usage time could vary depending on the effectiveness of the players.

As for the Penguins, Sullivan still has not revealed the identity of the goalkeeper who will defend the team's net. Matt Murray and Tristan Jarry shared the work in the Penguins' preseason game on Tuesday against the Philadelphia Flyers.

The answers will be known when the players arrive on the ice at the Scotiabank Arena on Saturday evening. It will be the fourth game of the day in the NHL, 142 days after the last game before the shutdown.

“The wait has been long and the anticipation is high after so many months without knowing what was going to happen. But we are here now and we all can't wait to play meaningful hockey, ”concluded Penguins star Sidney Crosby.

Teilor Stone has been a reporter on the news desk since 2013. Before that she wrote about young adolescence and family dynamics for Styles and was the legal affairs correspondent for the Metro desk. Before joining The Bobr Times, Teilor Stone worked as a staff writer at the Village Voice and a freelancer for Newsday, The Wall Street Journal, GQ and Mirabella. To get in touch, contact me through my teilor@nizhtimes.com 1-800-268-7116
Previous ArticleReasons to believe in the Canadiens' chances of surprising the Penguins
Next ArticlePetry slashes in overtime and the Canadian wins the first game against the Pens