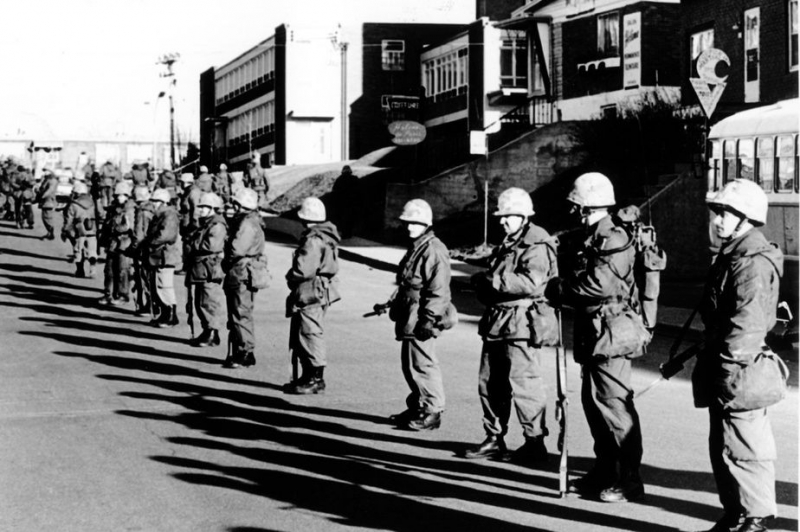 Fifty years ago, on October 16, 1970, the War Measures Act was imposed on Quebec by the federal government of Pierre Elliott Trudeau at the request of the government of Robert Bourassa, then Premier of Quebec.

The voices of Prime Minister François Legault as well as those of the independence parties in Quebec and Ottawa were not enough to make Mr. Trudeau bend over the actions taken by his father 50 years ago.

On October 16, 1970, the War Measures Act was imposed on Quebec by the federal government of Pierre Elliott Trudeau at the request of the government of Robert Bourassa, then Premier of Quebec. Hundreds of artists, journalists and trade unionists of independence allegiance were arbitrarily arrested or detained.

Provincial Minister of Labor Pierre Laporte was found dead on October 17, 1970 in the trunk of a car. He had been kidnapped by the Chénier cell of the Front de liberation du Québec (FLQ), but the premeditated murder thesis has been refuted over the years.

As the 50th anniversary of the October Depression approaches, several voices have been raised to demand a formal apology from the Canadian Prime Minister.

“There were measures that were put in place and then there are people who were arrested without merit, so I think there should be an apology,” François Legault said at a press conference on Thursday.

“Nobody asks for excuses for the Felquist cells. (…) We ask for an apology for (…) the momentary establishment of a military state in Quebec by the Prime Minister of Canada, ”added Yves-François Blanchet in the Commons.

These apologies did not come on Thursday.

“It is certain that the events of October 1970 were very difficult for many Quebecers. I think we have to start by thinking about the family of Pierre Laporte, for whom this anniversary brings back very painful memories, ”offered Mr. Trudeau.

The National Assembly failed to pass a motion calling for a formal apology from Prime Minister Trudeau for the 36,000 victims of the October Crisis. The Liberal Party of Quebec (PLQ) opposed it.

The Parti Québécois motion received the support of the Coalition d'avenir Québec (CAQ) and Québec solidaire (QS), but the leader of the official opposition, André Fortin, refused his consent.

The motion recalled that in October 1970, 497 Quebecers “were unjustly arrested and imprisoned, and 36,000 people were the subject of an unreasonable search because of their political independence.”

“This is not our vision of things, justified the liberal leader, Dominique Anglade, in a press conference. We did not vote in favor of asking for a formal apology in Ottawa. We did not agree with the motion as it was worded, and we will come back next week with our own motion. ”

The Bloc intends to hit that nail in the House of Commons at least until the end of the month.

“Justin Trudeau will experience October being his own personal crisis. He will have us in the paws every day. He's going to be dying to suspend Parliament again. He will celebrate spring break because we will not let go, ”predicted Mr. Blanchet.

Teilor Stone has been a reporter on the news desk since 2013. Before that she wrote about young adolescence and family dynamics for Styles and was the legal affairs correspondent for the Metro desk. Before joining The Bobr Times, Teilor Stone worked as a staff writer at the Village Voice and a freelancer for Newsday, The Wall Street Journal, GQ and Mirabella. To get in touch, contact me through my teilor@nizhtimes.com 1-800-268-7116
Previous ArticleFrançois Legault flies to the rescue of the Minister of Indigenous Affairs
Next ArticleThe Bloc Québécois will vote against the Trudeau government's throne speech