October crisis: the parties stuck on their positions 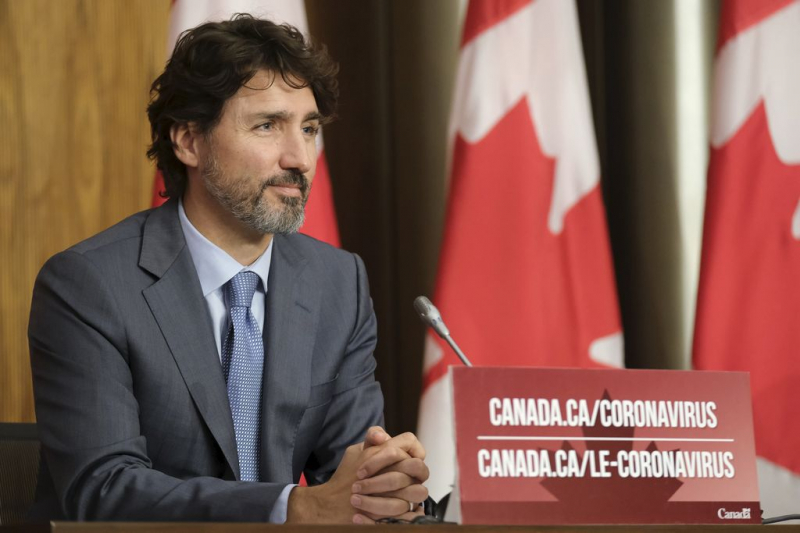 Share October 29, 2020 8:09 p.m. Share October Crisis: Parties Stuck on Their Positions Catherine Lévesque The Canadian Press OTTAWA – The Liberals and Conservatives are still opposed to an official apology for the October Crisis. Hours of debate will have changed nothing.

The Bloc Quebecois was using its opposition day Thursday in the Commons to demand a formal apology from Prime Minister Justin Trudeau for the enactment of the War Measures Act on October 16, 1970, which led to the warrantless arrest and l incarceration of some 500 Quebecers of independence allegiance.

The Bloc members took care to name, one by one, the names of these people arrested by the police. They also went there with personal anecdotes.

Bloc member Luc Desilets notably told how his residence was searched and that he had been searched by officers of the Royal Canadian Mounted Police (RCMP) when he was only 12 years old. His father, photojournalist Antoine Desilets, was in the sights of the police. He says he needed to lock his bedroom door after this episode.

His colleague Denis Trudel, for his part, told the story of sex therapist Jocelyne Robert who, at 22 years old and seven months pregnant, was imprisoned in Parthenais prison in Montreal and forced to undergo a gynecological examination. She did not manage to talk about her trauma until several years later.

Conservative Gérard Deltell insisted that it is not up to the Canadian government to apologize for the War Measures Act, since it was responding to a request from the Quebec government.

“The federal government cannot decide to send the army like this. (…) What we see too often in certain documentaries or, finally, in certain words, is as if Prime Minister Pierre Trudeau woke up one evening in the night and said: “Let's go, we are going to send the army and we will kill the separatists. ” It's not that. It is the government of Quebec, the supreme authority of Quebec, which asked the federal government to intervene, ”he declared in a speech.

“Would the Bloc Quebecois have wished the federal government to say no to Quebec?”

Liberal MPs from Quebec have virtually ignored the topic of the day, preferring to praise their government's aid programs during the pandemic.

And when they decided to broach the subject of the October crisis, it was to deplore that the Bloc Québécois ignored, in their motion, the death of former Deputy Prime Minister Pierre Laporte at the hands of the felquists. “Why do they insist on sanitizing this side of the story?” Why just hear their side of the story? ” complained Steven MacKinnon, Liberal MP for Gatineau.

“The wrongs of some do not erase the wrongs of others, and the suffering of some does not cancel the suffering of others. There have been massive roundups, more than 30,000 raids on apartments and houses, 500 arbitrary arrests worthy of authoritarian regimes (…) and these police blunders would not have been possible without the suspension of civil rights, including the War Measures Act, ”argued Alexandre Boulerice, of the New Democratic Party.

“Doesn't the federal government have a responsibility anyway, since the vote was taken here, in this House and these people deserve at the very least an apology?”

The vote on the Bloc motion will take place on Monday. It is unlikely to pass, since the Liberals and Conservatives have already indicated that they will vote against it.

Teilor Stone has been a reporter on the news desk since 2013. Before that she wrote about young adolescence and family dynamics for Styles and was the legal affairs correspondent for the Metro desk. Before joining The Bobr Times, Teilor Stone worked as a staff writer at the Village Voice and a freelancer for Newsday, The Wall Street Journal, GQ and Mirabella. To get in touch, contact me through my teilor@nizhtimes.com 1-800-268-7116
Previous ArticleGift from WE Charity: Morneau did not act badly, concludes the ethics commissioner
Next ArticleOttawa targets more than 1.2 million new permanent residents in three years