Omicron: vaccine injustice in Africa and controversial positions in Canada 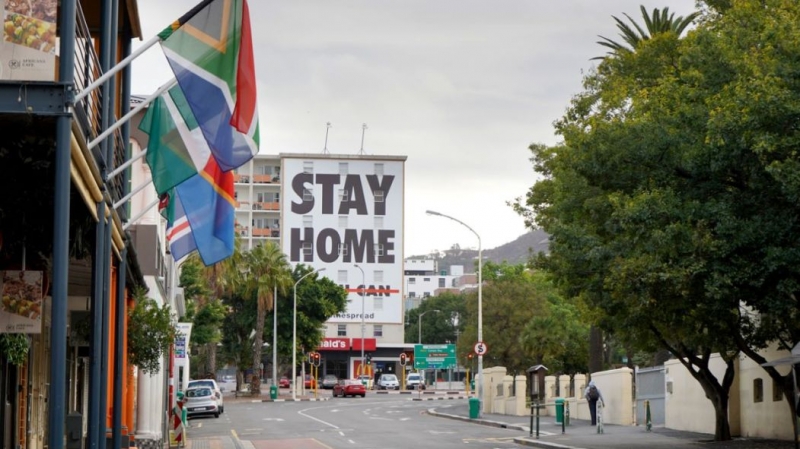 The pandemic has highlighted structural inequalities around access to immunization and systemic discrimination against the African continent. With the introduction of travel restrictions announced by Canada against certain African countries to deal with the Omicron variant, the country is taking a position that has been condemned by some. Were these restrictions decreed on a political basis?

The discovery of the Omicron variant by South African researchers at the end of November had an immediate effect on this country and a dozen others from the continent. Many countries, including Canada, immediately imposed restrictions on travelers to limit the spread of the new variant, which is said to be more contagious, but less virulent.

That said, the emergence of Omicron has also brought to light the profound vaccine inequalities on the planet: in Africa, for example, only 7% of the population is fully vaccinated.

In November 2021, the WHO boss Ghebreyesus Tedros said: “Every day there are six times more boosters administered globally than primary doses in low-income countries. This is a scandal that must end. “

This gap is indicative of structural inequalities that the pandemic has highlighted and that systemic discrimination against the African continent serves to camouflage.

Emeritus professor in political economy, I am currently leading a research project funded by Canada's SSHRC, “Access to health, mineral resources and the role of public policy in Africa.” fast

Contrary to what many Afro-skeptical observers predicted, “during the first six months of the pandemic, Africa seemed relatively spared. To explain this situation, some have not hesitated to invoke the “particularity” of the continent, including genetic factors, which goes with our ethnocentric perception of Africa.

Scientific circles quickly retorted that the reasons were infinitely more complex. The prejudices that motivated this initial reflex are important for understanding the situation we are now experiencing.

As a result of these prejudices, much less attention has been paid to the accumulated expertise of the continent and in particular to the response measures adopted during epidemics and the innovations that have followed.

From then on When the virus erupted in early 2020, the Ethiopia-based Center for Disease Prevention and Control, Africa (CDC) responded with impressive speed. Its guidelines: strengthen surveillance systems to identify infected people, isolate them and continue to trace contacts.

Under his auspices, health ministers from across the continent were immediately summoned. A coordinated response has been put in place. The measures introduced certainly reflected the very different social, political and economic contexts of the 54 countries. However, it should be remembered that African countries already had long experience in the fight against disease transmission, in particular by adopting regional approaches as was the case with the Economic Community of West African States (ECOWAS) during the Ebola crisis in 2014-2016.

Containment measures were introduced very quickly, as were travel restrictions, curfews and school closures. It would be difficult, without further research, to say whether these early responses have curbed the spread of the disease, especially at borders, leaving enough time to prepare quarantine, contact tracing and social distancing strategies. But the African continent already has experience with these practices for controlling epidemics such as Lassa fever and Ebola.

These restrictions were very harsh, they required a lot of discipline and they brought out strong capacities for resilience and innovation in response to a global pandemic in which the continent was left on its own “to put out its own fire. As the American anthropologist Adia Benton of Northwestern University put it.

African research centers have been called upon, including the Pasteur Institute in Dakar, by making available in November 2020 rapid diagnostic tests entirely dedicated to epidemics. The economic model makes it possible to make them accessible at cost price in African countries.

No vaccines for Africa

During those months, in the West as elsewhere, the eyes of the world were on one thing: vaccine production.

About 2% of the nearly six billion doses administered worldwide had been administered to Africa as of September 2021. The European Union and the United Kingdom have vaccinated more than 60% of their populations and high-income countries have administered 48 times more doses per person than low-income countries. In Africa, in almost half of the countries, the percentage of people who have received two doses remains below 2%.

More than a year after the start of the pandemic, in September 2021, the continent had completely vaccinated just 3% of its population of 1.2 billion.

Africa produces less than 1% of all vaccines administered on the continent. In addition, the COVAX program, intended to supply countries dependent on imported vaccines, has been forced to reduce its vaccine shipments to Africa by around 150 million doses. Some wealthy countries, including Canada, have helped “undermine” this vaccine delivery system, by continuing to approach manufacturers directly for access to more doses. He has since ceased the practice.

Efforts to produce vaccines on the continent have continued. As of September 2021, there were at least twelve production facilities established or under construction in six countries. Despite this, the continent finds itself facing a deficit of almost 500 million doses compared to the global target set for the end of the year.

The maintenance of restrictions by certain countries, including Canada, on patents that would facilitate this production, is no stranger to this situation.

In October 2020, India and South Africa jointly proposed that WTO intellectual property rights obligations regarding patents, copyrights, industrial designs and clinical data be suspended. throughout the duration of the pandemic. This temporary initiative, known as the TRIPS waiver proposal, would help ensure a swift, fair and truly global public health response to Covid-19, which the current WTO intellectual property rights regime is hampering.

To this day, Canada has still not supported this waiver measure, which has been accepted by more than 100 WTO member governments.

With the introduction of travel restrictions announced by Canada against certain African countries to deal with the Omicron variant, the country is taking a position that is not only grossly unfair, but illogical.

The variant is now present in more than 63 countries, so why target certain African countries? Clearly, these restrictions are not enacted on a scientific basis, but rather on a political basis. Everything suggests that they aim to satisfy and reassure the populations and protect them from “unwanted Africans”.

The incongruity and the danger of such a position which stigmatizes Africa simply leave without words, as denounced by Dr Ayoade Alakijaw, co-chair of the African Vaccine Delivery Alliance of the African Union, stressing the discriminatory dimension of these restrictions. https://www.youtube.com/embed/ZB2IrghOxDI?wmode=transparent&start=0

Until the entire world population is vaccinated, no one will be safe. It is therefore difficult to understand the actions taken by countries like Canada. We fail to appreciate the damage it is doing to Canada's reputation for thereby marginalizing the African continent, both medically and politically, by imposing travel restrictions.

Teilor Stone has been a reporter on the news desk since 2013. Before that she wrote about young adolescence and family dynamics for Styles and was the legal affairs correspondent for the Metro desk. Before joining The Bobr Times, Teilor Stone worked as a staff writer at the Village Voice and a freelancer for Newsday, The Wall Street Journal, GQ and Mirabella. To get in touch, contact me through my teilor@nizhtimes.com 1-800-268-7116
Previous ArticleOttawa advises Canadians against traveling
Next ArticleOmicron: its transmissibility, its virulence and its ability to escape vaccines