By Teilor Stoneon October 30, 2020in Politic 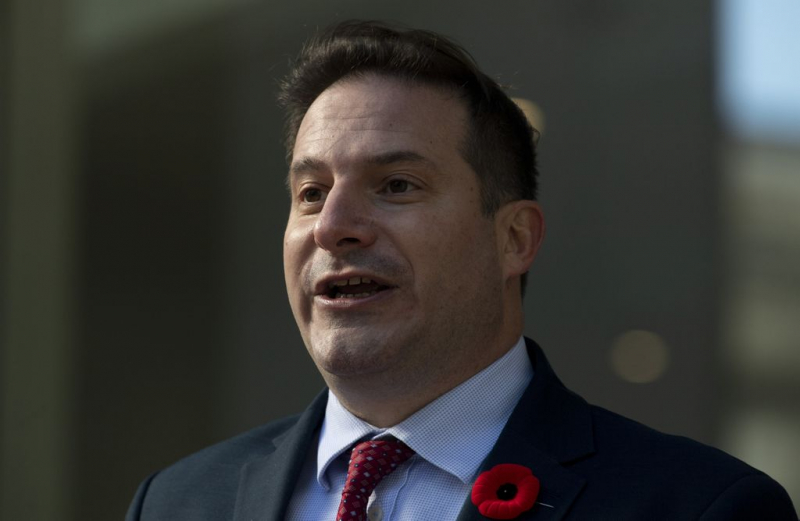 The Minister of Immigration, Marco Mendicino

But it remains to be seen how realistic this plan is during a time marked by closed borders, a major economic downturn and reduced capacity within the federal government to process claims.

The plan tabled in Parliament did not specify the objectives for the different categories of immigration, contenting itself with higher and more modest overall scenarios.

Altogether, the target numbers represent a marked increase from the three-year plan unveiled last March, when the government said it was targeting just over one million people.

These previous targets were unveiled just as the country – and much of the world – was closing borders in an attempt to stop the spread of COVID-19.

Global lockdown will likely result in a reduction of about half the number of permanent residents in Canada this year.

In a statement, Mr. Mendicino said the three-year plan was designed to make up for this year's shortfall.

But the potential for a continued trend of a relatively small number of newcomers is reflected in the numbers.

While the government's target is 401,000 people, the report indicates that only 300,000 people could actually be accommodated in the country.

That figure is lower even than the lower planned inflow in the plan Mendicino unveiled in March, which saw the government target between 330,000 and 380,000 new permanent residents by 2021.

In the first eight months of 2020, immigration has declined by more than 40% compared to last year's figures.

The backlogs that accumulate could take years to clear, both in terms of applications being processed and the ability of newcomers to come to the country.

The system is starting to restart, however, in the context of the pandemic.

The decision to reopen an exceptionally popular parent and grandparent sponsorship program earlier in October came with a promise to lower the income threshold required for potential sponsors, acknowledging that people's incomes may have been affected by the pandemic.

The Immigration Department also issued a call for tenders to redesign its systems to move away from a decades-old reliance on paper files and face-to-face interviews with applicants.

Pilot projects at airports on the feasibility of testing inbound travelers for COVID-19 and adjusting potential quarantine requirements are also underway. While testing, for now, is only done on people already cleared to enter Canada, the results of the pilot projects could allow more people to enter the country.

In the recent Speech from the Throne, the Liberals insisted that a return to robust immigration is a priority.

“As part of its short-term economic recovery plan and its long-term growth plan, the government will use the benefits of immigration to maintain Canada's competitiveness on the world stage,” the speech said.

Key elements of the plan unveiled on Friday include a “focus on economic growth, with about 60% of admissions that will fall in the economic category” and the “continued focus on innovative and community-based approaches to meet diverse needs. in terms of labor and population throughout the country ”.

It is also a question of the “allocation of additional points to Francophone candidates under Express Entry in order to promote the growth of Francophone communities outside Quebec”.

Teilor Stone has been a reporter on the news desk since 2013. Before that she wrote about young adolescence and family dynamics for Styles and was the legal affairs correspondent for the Metro desk. Before joining The Bobr Times, Teilor Stone worked as a staff writer at the Village Voice and a freelancer for Newsday, The Wall Street Journal, GQ and Mirabella. To get in touch, contact me through my teilor@nizhtimes.com 1-800-268-7116
Previous ArticleOctober crisis: the parties stuck on their positions
Next ArticleMuhammad cartoons: freedom of expression has its limits, says Trudeau