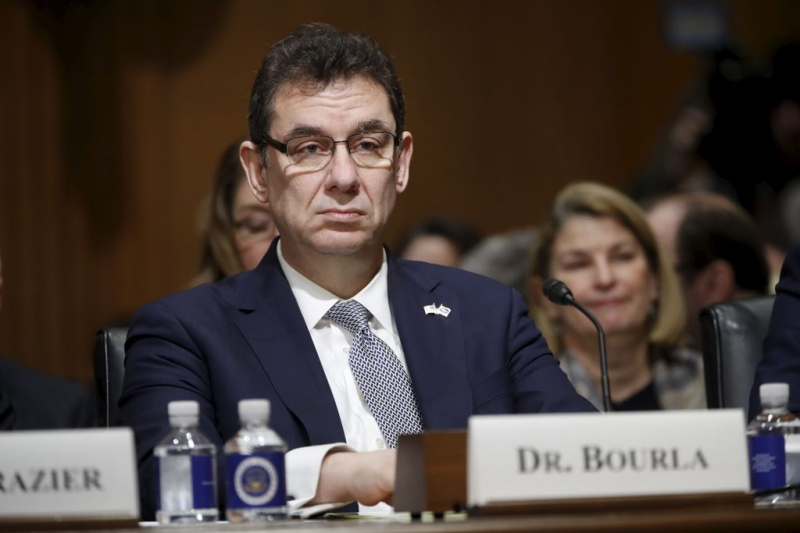 The same day that pharmaceutical giant Pfizer announced that its vaccine was 90% effective, according to preliminary data, its managing director Albert Bourla sold titles for US $ 5.6 million.

The same day the pharmaceutical giant Pfizer announced that its vaccine was 90% effective, according to preliminary data, its managing director Albert Bourla sold titles for US $ 5.6 million.

Nothing illegal a priori: this operation was planned, according to Pfizer, according to rules allowing company directors to proceed to the purchase or sale of securities according to predetermined criteria, on a date or at a precise price, precisely to avoid any suspicion of insider trading.

Using those same rules, several Moderna executives have sold more than a hundred million dollars in stock in recent months.

The company has not launched any product on the market since its inception in 2010, but the government has pledged up to US $ 2.5 billion if its vaccine is validated. The stock has gone from US $ 19 at the start of the year to US $ 90 now.

The boss of Novavax, for his part, sold US $ 4.2 million in shares on August 18, just over a month after the announcement of a public financing of US $ 1.6 billion.

The taxpayer advocacy organization Accountable US calculated that between the start of the US vaccine development coordination operation on May 15 and August 31, executives of five pharmaceutical companies had collected more than $ 145 million. US by selling their shares.

The leaders of Pfizer and Moderna used a device called 10b5-1, which must be established when they are not in possession of information likely to move stock market prices.

Once set up, it is not possible to modify it straight away, including when this may be badly perceived by the public.

However, Pfizer and Moderna's recent 10b5-1 plans appear “legally questionable,” according to Daniel Taylor, associate professor at Wharton Business School, who has been studying laboratories closely since the start of the pandemic.

What exactly did the leaders know when they authorized them, he wonders.

Mr. Bourla for example re-authorized on August 19 a device adopted in February, “under the same terms of price and volume,” says Pfizer.

The next day, the company issued a press release highlighting the preliminary “positive” data from its clinical trial.

At Moderna, several managers modified the 10b5-1 plans they already had during the year.

It is perfectly normal, if not desirable, to encourage leaders to develop a safe and effective vaccine as quickly as possible, underlines Mr. Taylor.

“But when they sell their shares, they have to make sure that they are playing by the same rules as other investors, by not taking advantage of information that only they have.”

Moreover, he adds, “I don't think these companies have integrated the risk to their reputation” by validating the sale of shares at a time when the world is still suffocated by COVID-19.

When a CEO needs to liquidate a few stocks to pay for a yacht, a new home, or the children's education, such deals usually go unnoticed. But laboratories are currently in the spotlight.

For Sanjai Bhagat, a professor of corporate governance at the University of Colorado, bosses simply shouldn't be able to sell stocks while they're in office, or even for one to two years after they leave.

“If they have a lot of stocks and stock options at their disposal, then they have an interest in raising their price as much as possible, including sometimes by not necessarily being completely honest with the investors”, advance t -he.

Given the context, boards should at least ward off any temptation. “Doing nothing illegal” is not enough, “people expect them to act responsibly”, asserts Mr. Bhagat.

Asked by AFP, the American financial market gendarme did not wish to indicate whether investigations had been opened.

Its president Jay Clayton had, on the CNBC channel in May, urged companies to respect good practices, stressing: “Why would you want to raise any doubt?”

Teilor Stone has been a reporter on the news desk since 2013. Before that she wrote about young adolescence and family dynamics for Styles and was the legal affairs correspondent for the Metro desk. Before joining The Bobr Times, Teilor Stone worked as a staff writer at the Village Voice and a freelancer for Newsday, The Wall Street Journal, GQ and Mirabella. To get in touch, contact me through my teilor@nizhtimes.com 1-800-268-7116
Previous ArticleWall Street little moved by Donald Trump's maneuvers
Next ArticleSuccess across the board for Sherbrooke – Operation Local