Parking will be free downtown from Thursday to Sunday 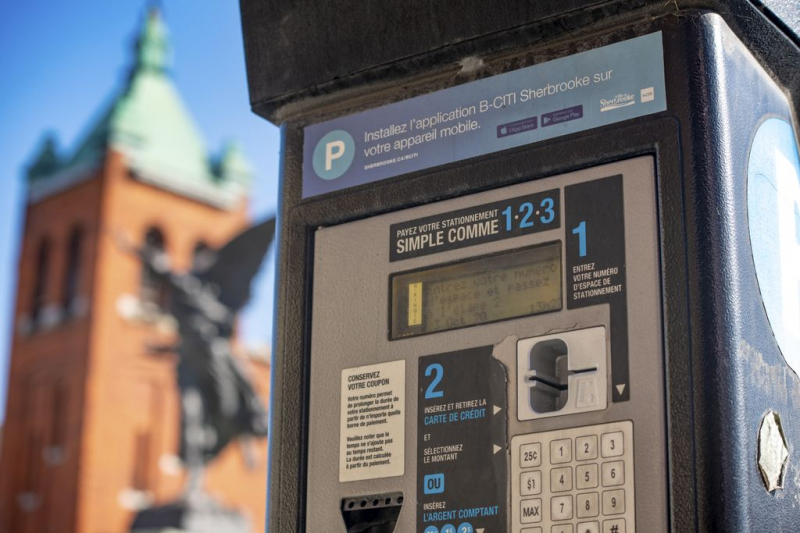 Parking will be free downtown, from November 19 to January 9, Thursday to Saturday.

Jonathan Custeau La Tribune SHERBROOKE – Ironically, the municipal council adopted a resolution to make parking in the city center free, from Thursday to Sunday, the very day we announce the passage of Estrie in the red zone. The measure, in effect from November 19 to January 9, from 9 a.m. to midnight, aims to give a boost to downtown merchants.

The documents made public on Monday suggest that such a measure, which also affects the Marché de la Gare and rue Bowen Sud, will cost the City of Sherbrooke approximately $ 100,000.

“It's a shame that this decision comes as we fall into the red zone, but we will be able to encourage our businesses which remain open for take-out. We think we are doing our part in this way to lighten the burden on our merchants who are having difficulty getting through the crisis, ”summarized Chantal L'Espérance, councilor for the Lac-des-Nations district.

“We could not ignore the efforts of traders and restaurateurs. We had to put in place measures to mitigate the impacts of COVID. We are thus promoting local purchasing, ”adds Mayor Steve Lussier.

Paul Gingues and Vincent Boutin would have preferred a different solution and have registered their dissent. “Why not abolish parking fees at all times between November 25 and January 6? Why are other cities like Magog able to do it and not us? Merchants should be made aware that free parking is primarily aimed at customers. We received $ 16 million in assistance to limit the tax increase, but also to help merchants get through it. It's time to do something meaningful for the traders who need it, ”said Mr. Gingues.

Vincent Boutin pleaded for his part for free from 5:30 p.m. on Thursdays and Fridays. “I spoke with the traders and they tell us that the workers take up all the places during the day when they are free. So the customers have no room. This year a lot of people are telecommuting, but I think we don't have the right approach. “

Mr. Boutin reports that the 1,000 parking sticker holders could claim a credit of $ 25. “You have to add a processing fee of $ 175 per request … I think we should focus on evenings and weekends. “

Marc Denault suggested that a time limit be established near restaurants to encourage customer turnover.

Danielle Berthold explained that she was the voice that tipped the decision, between free in the evening or all day, during discussions at the executive committee. “The majority of people who normally go downtown during the day are workers. We have to adapt our schedules to allow people who work from home to go downtown whenever they want. We thought about giving 100% free as Mr. Gingues suggests, but the idea was not retained. For once we can take advantage of our downtown area, I hope that people will not stay parked for 3 hours and that they will allow restaurateurs to enjoy it. “

Évelyne Beaudin wanted us to take advantage of the pandemic to build on a festive atmosphere in the city center very quickly. “When we discussed the Moment Factory project that we postponed, we talked about trying to create a Wellington-sur-mer type winter animation anyway. I would like to know if there will be something like that to create that kind of atmosphere in the city center. “

Steve Lussier replied that the decorations were starting to appear in the city center, especially at the Place des Moulins.

The idea of setting a maximum of two hours for all on-street parking was rejected for logistical reasons. The installation of posters would have been necessary.

Teilor Stone has been a reporter on the news desk since 2013. Before that she wrote about young adolescence and family dynamics for Styles and was the legal affairs correspondent for the Metro desk. Before joining The Bobr Times, Teilor Stone worked as a staff writer at the Village Voice and a freelancer for Newsday, The Wall Street Journal, GQ and Mirabella. To get in touch, contact me through my teilor@nizhtimes.com 1-800-268-7116
Previous ArticleThe land of the Hells will become a protected area
Next ArticleLussier demands the effort of citizens