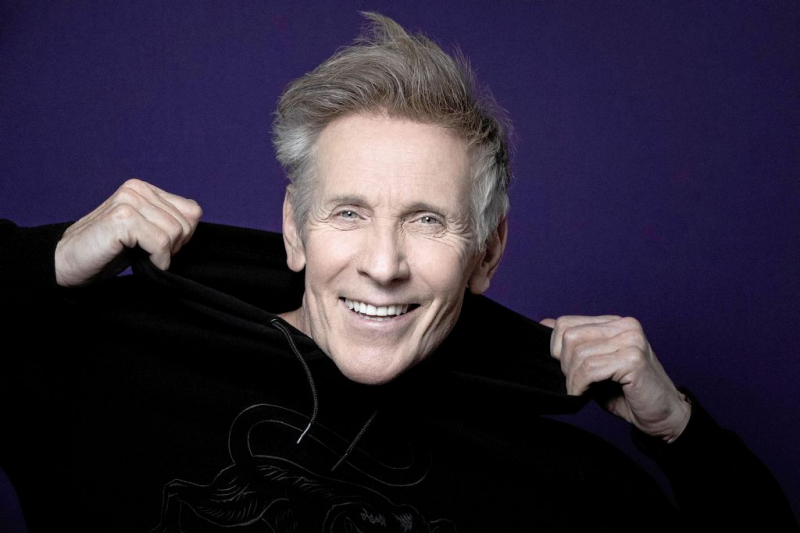 Share November 11, 2020 3:31 p.m. Share Plastic Bertrand, an extraterrestrial life Philippe Grelard Agence France-Presse PARIS – “They always take me for a weird guy!”: Plastic Bertrand returns at age 66 with a tenth album, new chapter of a crazy career, playing on the image of a UFO that sticks to his skin.

His retro-futuristic avatar on the cover drawn by his son – “he's 40, eh, he's a web-designer, he's not a kid who took his colored pencils (laughs)” he with AFP – explores this idea of a character descended from his saucer.

There is a scent of a concept album, like The Human Experience , – a title track where he puts himself in the skin of a being from elsewhere who appreciates his time on planet Earth – and 51 , a reference to Area 51, a famous secret base in Nevada, a niche with fantasies exploited in the X-Files series .

“It's not an extraterrestrial album (laughs), defends the artist. The human experience is the title that made you want a concept album, but we didn't want to get locked into the thing, it is undoubtedly my most authentic, personal album, the one where my big one arrived. age, I start to draw my life. “

The record is electro, funk, disco (even pop with the successful Voyageur ) clearly citing the singer's references, “from Kraftwerk to Bee Gees choirs”. Leee John, of the group Imagination – “a friend, a brother” – also sings in duet with him on Don't stop .

The 60-year-old from Brussels, who appears ten years younger, defends his opus (recently released by Pias) with enthusiasm, speaking in an interview with a machine-gun flow inherited from his beginnings as a drummer in a punk group, he the big fan of Keith Moon ( master of the rhythm of the Who).

He is a survivor of showbiz, its excesses, its reverse side. The 1977 hit It plane for me , sold over 8 million copies, turned into a bad Belgian joke. Its former producer (and songwriter) Lou Deprijk ensures singing on this hit, relying on an expertise attributing “the voice (to) a ch'ti or a Picard”, according to his own statements in 2010.

Plastic Bertrand brandishes a court decision that certifies him as an artist-performer, something that Sacem (society of authors, composers and music publishers) still recognizes in its repertoire of works.

“Gone in all directions”

He doesn't want to talk about it anymore. Anyway, there is only him in the eyes of the general public, as proved by the successful Stars 80 tour. An infatuation easier to manage today than in 20 years, when you see his name written on a grand scale in Times Square in New York or when you suddenly become the star of a TV show in Italy, a country where he was also the star of a photo novel.

“In Italy, in Milan, I had six assistants, it was crazy. And when you see your name in Times Square, you don't talk to anyone anymore! ”

“There was so much money at the time, I went all over the place.” How did he come down? “I had two children. One day I came home from tour, exhausted, my kids were watching me on a VHS tape, they didn't even move, preferring to watch me on TV, it made me realize that I was missing something huge thing. I was on the verge of dramatic stuff, at the time I was high , they saved my life, if it hadn't been for this scene, I might not be here to tell you about it. “

Teilor Stone has been a reporter on the news desk since 2013. Before that she wrote about young adolescence and family dynamics for Styles and was the legal affairs correspondent for the Metro desk. Before joining The Bobr Times, Teilor Stone worked as a staff writer at the Village Voice and a freelancer for Newsday, The Wall Street Journal, GQ and Mirabella. To get in touch, contact me through my teilor@nizhtimes.com 1-800-268-7116
Previous ArticleStar Académie 2021 will be filmed in Waterloo
Next ArticleStar Académie 2021 will be filmed in Waterloo [PHOTO GALLERY]