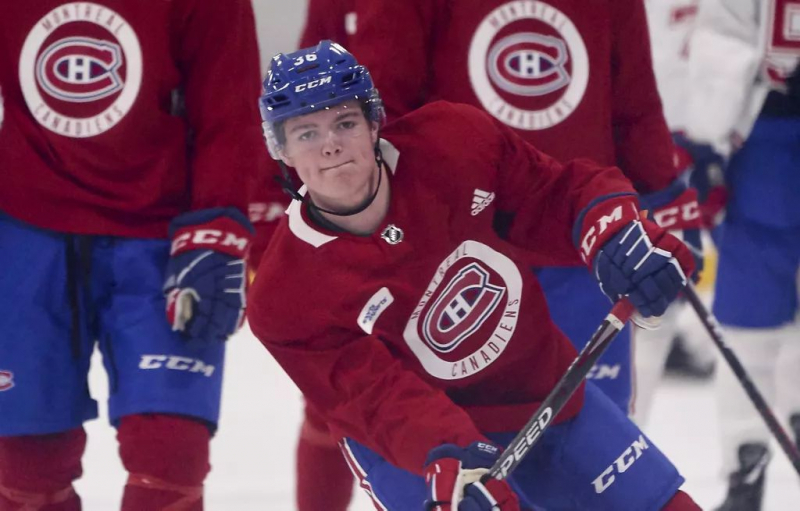 Share October 29, 2020 6:04 p.m. Share Player development: the pandemic complicates matters Frédéric Daigle The Canadian Press MONTREAL – As if it were not difficult enough to develop young talented athletes, the COVID-19 pandemic has come to complicate the life of all professional organizations, including the Habs.

“It's a huge challenge, a challenge like we've never experienced before,” said Rob Ramage, director of player development for the Montreal Canadiens. Francis Bouillon and I keep in touch with our choices and our hopes. Every two weeks or so, we contact them to see how they are doing, how their training is going.

“We're talking to their coaches to see how it's going. They can also count on our sports psychologist and our fitness specialist to help them. We have several things we can help them with. We're doing it remotely, but that's all we can do for now. ”

As most of the North American circuits are still at a standstill, most of the Habs' young hopefuls can't do anything but train. Those who play in Europe, like Jesperi Kotkaniemi or Mattias Nörlinder, currently enjoy a marked advantage.

“It's very important to play at this level for Jesperi,” said Ramage, who spoke to Montreal journalists by videoconference from his home in St. Louis. He's already there: why not take advantage of it. It allows him to continue on the same path that he was this summer. He was very beautiful to watch.

“The players who are lucky enough to play in Europe, it's great for them. These are good programs, this is good caliber hockey. It's much better than being at the gym or working out every day. (…) It will be interesting to see, when we have the whole group together, where are those who have played games compared to those who have not. “

Ramage does not fear that players who do not play will know how to continue their development. It is more in terms of competitiveness that the current situation is causing him concerns.

“They have all the coaches they need, except for competition,” he said. This is where Francis and I come into the picture. They need to learn how to compete on a regular basis. It's something we talk about a lot with them.

“They all played golf this summer and they got better. But I ask them all the time if there was an issue. I'm not talking about large sums: when you play with friends, play for something, a milkshake – yes, we can take it from time to time! Make sure you put a little pressure on yourself when trying to roll or hit the fairways. Whether you play tennis, golf, or any other sport, put a stake.

“These young players give everything they have in training, but we also have to make sure that they keep a high level of competition.”

Ramage isn't worried about the next cohort of young prospects either, although most of the 15 to 17-year-olds aren't playing right now.

“I am rather confident that they will come out of this test grown up,” said the former defender.

“Jake, I saw him play a lot while he was the captain at Notre Dame University. His progress is phenomenal. He is a very good player and Joël Bouchard did a great job with him in Laval. He's ready for the NHL and will fight for a job.

“As for Ryan, he's going to admit himself that he's had a more difficult year, but he's hungry after his experience in the bubble with the NHL players. He trains hard and he shows a very good attitude. ”

“Since Cole Caufield returned from the US team's evaluation camp, he's been evolving to another level. The University of Wisconsin is hoping to play as early as next month and he's starving. He is in a good state of mind. He trained with Jack Eichel and the Hugues brothers. He'll have to have a good college season and then we'll see where he is exactly.

“There were rumors about his coming to Montreal last season, but he made the right decision (staying at the university level). When I spoke to (his trainer) Tony Granato two weeks ago, he had nothing but good things to say about Cole, his work habits, his leadership. ”

“Cayden Primeau is still developing. Physically, he has to get stronger. The arrival of Jake Allen to assist Carey Price will allow him to do this. He will play more games in the AHL. There is nothing negative about it. ”

Teilor Stone has been a reporter on the news desk since 2013. Before that she wrote about young adolescence and family dynamics for Styles and was the legal affairs correspondent for the Metro desk. Before joining The Bobr Times, Teilor Stone worked as a staff writer at the Village Voice and a freelancer for Newsday, The Wall Street Journal, GQ and Mirabella. To get in touch, contact me through my teilor@nizhtimes.com 1-800-268-7116
Previous ArticleDomi would have liked better communication within the CH
Next ArticleThe Phoenix loses its director of operations