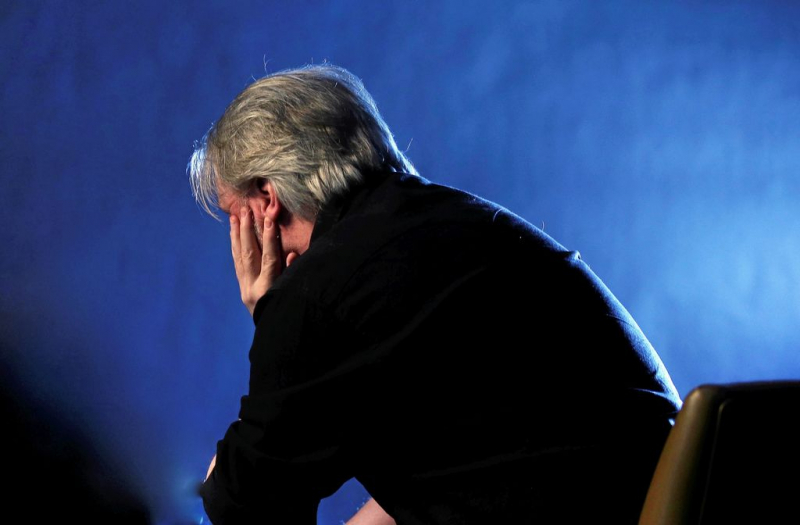 The Halloween massacre in Quebec City has rekindled fears among people whose loved one has mental health problems and has been aggressive or violent. 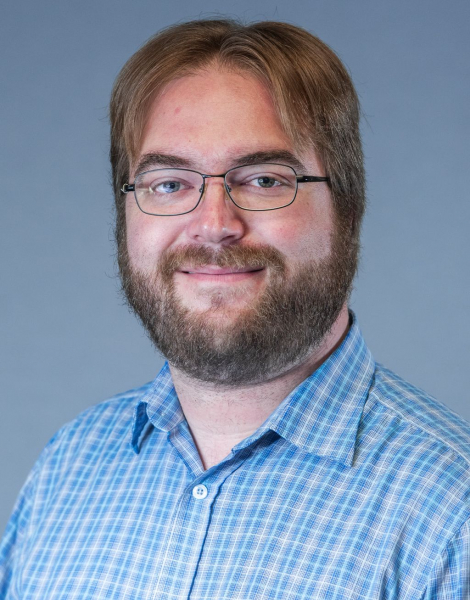 Matthieu Max-Gessler Le Nouvelliste Trois-Rivières – The horror night experienced by Quebec City, on Halloween night 2020, shocked the province, but it also rekindled fears among people including a loved one has difficulty staying in touch with reality, due to mental health, and whose behavior is regularly aggressive, even violent. The sordid assault committed by Carl Girouard, who allegedly killed two people and wounded five others with a Japanese sword, makes one wonder: how long before a new tragedy occurs? But above all, what to do to avoid it?

Julie (not her real name) is worried. According to her, one of her relatives has serious mental health problems, which cause him paranoia. He is regularly aggressive and has had violent behavior in the past.

“Following an argument, he already came out of the house armed with a knife. When he lived with us, he often raised his voice, shouted and has already smashed a wall with his head, ”says this lady, who prefers to remain anonymous for fear of reprisals from her loved one.

Julie explains that this man now lives in another city in Quebec. However, he regularly calls his relatives, including her, when he needs money. When you refuse to give it to him, it becomes harassing and aggressive.

“He can call 50 to 60 times a day to get money. If that doesn't answer, he sends a cab or the police. I already almost lost my job because he called my employer to speak badly about me. All because there is no law that would force him to consult. And there has been a gradation over the years that leads me to believe that one day, it will end badly, ”she laments.

She does fear that he might attack members of her family. However, impossible to get help, since he refuses to be diagnosed. He would also be very skilled at handling the police when they are called to intervene with him.

“He studied law a little and he is familiar with Law P-38 (the law which allows peace officers to intervene with a person whose state of mental health presents a danger to himself or herself). for the others, Editor's note). He never crosses the line that would allow the police to intervene against his will. He even manages to convince them that he is the victim, he is a very good manipulator, ”she explains.

The man was therefore never taken to hospital to receive treatment or to initiate follow-up, despite requests from his relatives to the police. And since the police cannot intervene, Julie and her family live in constant fear that one day, a tragedy like that of Halloween night in Quebec City will happen again. Or that what happened last summer in Drummondville, when a 32-year-old autistic man killed his mother, is repeating itself. The victim, Suzanne Desjardins, had contacted the police to ask them to force him to undergo a psychiatric evaluation, shortly before the irreparable was committed. They had not done so, considering that the elements which would have allowed such an intervention under Act P-38 were not present.

The victim's son, Jean-Luc Ferland, has been charged with second degree murder. He was back in court on November 13 and will have to undergo a psychiatric evaluation, according to L'Express newspaper. He is expected to return to court on December 11, unless the assessment of his mental state is not completed.

P-38: a debate going round in circles

Among the possible solutions that Julie evokes, there is the possibility of modifying law P-38 to give the police a little more leeway. However, according to several stakeholders that Le Nouvelliste contacted, the chances of this happening are very slim. “It is a law that directly affects the Charter of human rights and freedoms. It is a purely political debate at the federal level. It's a debate that has lasted for years: both CIUSSS teams and teams of psychiatrists have worked on it, but they have always come up against a huge wall ”, summarizes Josée Bourassa, Executive Director of La Lanterne, a community organization. de Trois-Rivières, which offers support to relatives of people living with a mental health problem. 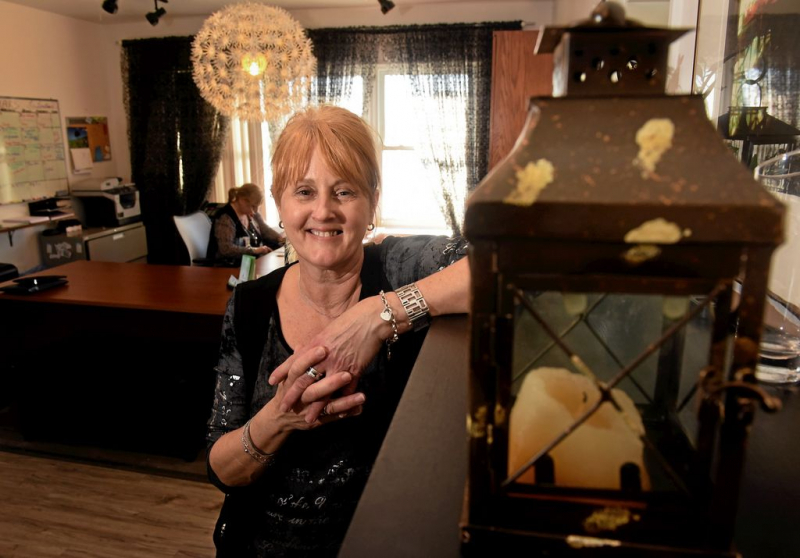 If we cannot touch Bill P-38, we should at least improve front-line mental health services, according to René Cloutier, director general of the Avant de cracker Network, which brings together organizations like La Lanterne through the Quebec.

“We will have to ensure access to services in the community. We need to invest more in mental health, especially in these services, to create a safety net. If the person refuses to receive care, that does not prevent them from intervening with the family and in their living environment, ”he believes.

Families would still have to seek help – even if it could be improved – which already exists. In this regard, Mr. Cloutier believes that there is still work to be done for the health network to refer these families more to community organizations whose mission is precisely to come to their aid, through workshops, individual meetings and support groups. 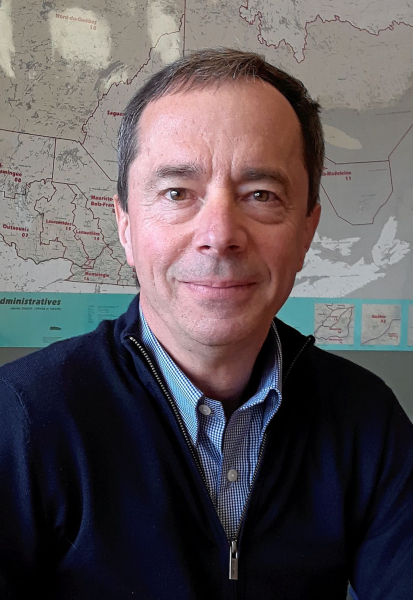 According to Josée Bourassa, this problem does not really arise in Mauricie. According to her, the CIUSSS and Public Security of Trois-Rivières frequently refer families to her organization. But he often spends a lot of time before they decide to contact him.

“For some families, it took them two years after the referral to climb the stairs of our organization. People must be ready to take these steps, ”she said.

“Coming to see us is a sequence that takes time. It is a decision that must have been carefully considered, since it is like saying: come see us, because you are not able to help your loved one, ”adds her colleague Isabelle Brunelle, general manager of the Association des relatives of the person with mental illness Drummond (APPAM).

However, families have every advantage in seizing this hand extended by the community, emphasizes Josée Bourassa.

“I invite all affected families not to isolate themselves, not to live it alone and to come and meet the workers at La Lanterne. It will allow them to develop their own way of dealing with disorganized people. The family must never place themselves in a context of danger and by coming to seek more information, these people will have the tools to intervene adequately, ”she insists.

Yes to help, but recurring

The amounts that will be allocated to mental health, as announced a few days after the massacre in Quebec by the Minister for Health and Social Services, Lionel Carmant, are good news in the eyes of organizations such as La Lanterne and the APPAM. But unfortunately, since this is a response to the pandemic, they are not recurrent, which will not allow mental health organizations to offer new services and maintain them for several years.

“The minister said that this money expired on March 31, 2021. But the effects of the pandemic will last beyond that date. Other actions will be necessary because the problems will remain, it will not be resolved in a few weeks. Suicide prevention workers are already saying that there will be impacts for at least two years, ”emphasizes Isabelle Brunelle.

Josée Bourassa, for her part, deplores the fact that during his speech on the program Tout le monde en parle, on Radio-Canada, on November 8, Minister Carmant did not take the opportunity to talk about organizations such as La Lanterne and APPAM.

“He spoke of the millions, he spoke of the scout teams that will go into the field, but he did not quote the associations of members of the entourage. He spoke of the CIUSSS, but not of us. Yet we are also part of the aid that already exists, ”she says.

Finally, the various stakeholders to whom Le Nouvelliste spoke insist on one point: it is not because a person is grappling with mental health problems that he necessarily risks committing violent acts. Isabelle Brunelle also points out that in the situation that occurred in Drummondville, the victim's son was living in a specialized residence before the pandemic forced its closure. He therefore had no choice but to return to his parents. This situation is therefore not necessarily comparable to that described by Julie, says the general manager.

Teilor Stone has been a reporter on the news desk since 2013. Before that she wrote about young adolescence and family dynamics for Styles and was the legal affairs correspondent for the Metro desk. Before joining The Bobr Times, Teilor Stone worked as a staff writer at the Village Voice and a freelancer for Newsday, The Wall Street Journal, GQ and Mirabella. To get in touch, contact me through my teilor@nizhtimes.com 1-800-268-7116
Previous ArticleWhat will happen to the university districts?
Next ArticleSTM: a program to switch from paratransit to the regular network