Quebec launches a call for projects to fight homophobia and transphobia 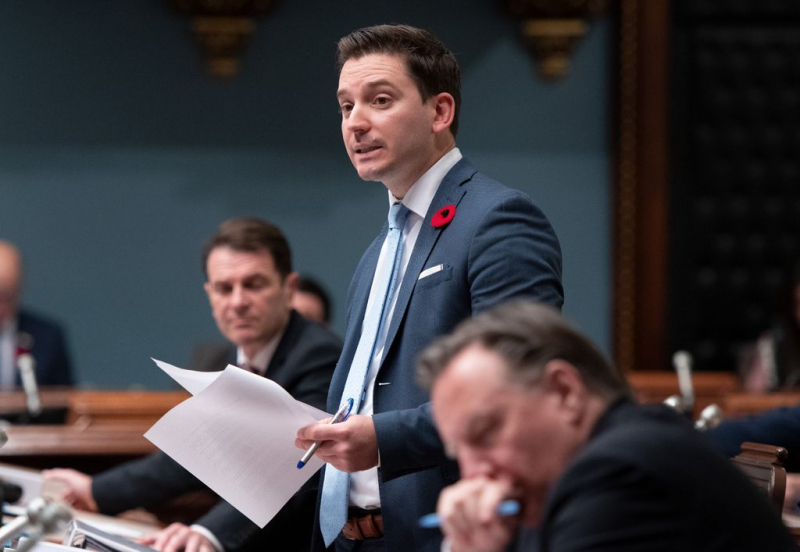 The Minister of Justice, Simon Jolin-Barrette, on Saturday morning invited non-profit organizations to submit their projects by December 18.

The Minister of Justice, Simon Jolin-Barrette, on Saturday morning invited non-profit organizations to submit their projects by December 18.

The maximum funding that will be awarded will be $ 50,000, for initiatives that may extend over a period of up to 12 months.

The government is also looking for projects on indigenous LGBTQ or two-spirit people, the fight against discrimination against LGBTQ people in the regions and on the reality of intersex people.

“This ninth call for projects of the program will make it possible to materialize initiatives adapted to the needs of people from sexual and gender minorities. I take this opportunity to highlight the work and involvement of LGBTQ organizations, which are all the more essential at this time, ”Minister Jolin-Barrette said in a press release.

The work and involvement of organizations is essential, especially at this time. The call for projects launched today will enable initiatives adapted to the needs of people from sexual and gender minorities to materialize.
Details: https://t.co/vb7OfhfLym #polqc

Teilor Stone has been a reporter on the news desk since 2013. Before that she wrote about young adolescence and family dynamics for Styles and was the legal affairs correspondent for the Metro desk. Before joining The Bobr Times, Teilor Stone worked as a staff writer at the Village Voice and a freelancer for Newsday, The Wall Street Journal, GQ and Mirabella. To get in touch, contact me through my teilor@nizhtimes.com 1-800-268-7116
Previous ArticleCaroline Desbiens: difficult start, then the “bite”!
Next ArticleQuébec solidaire fears a “monumental failure” of the committee on racism