Québec solidaire fears a “monumental failure” of the committee on racism 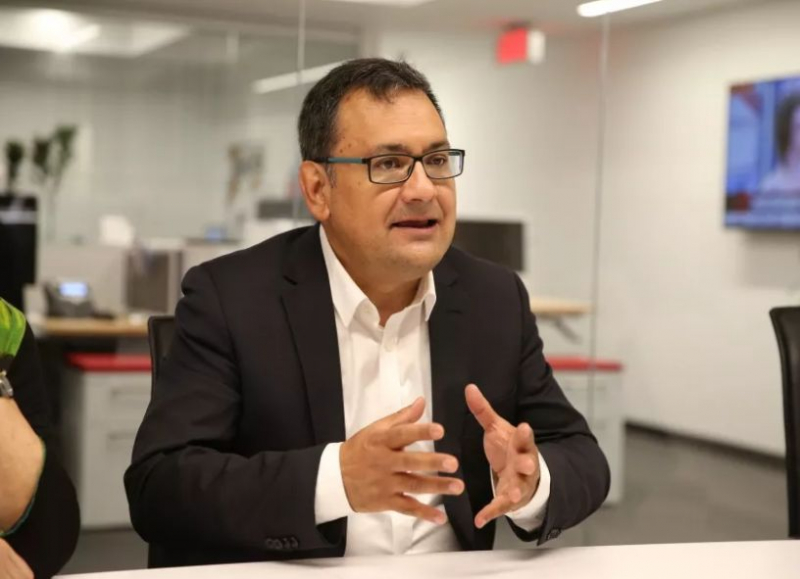 If the money does not follow the recommendations, Quebeckers will therefore be able to conclude that the government is only making “wishful thinking,” said QS spokesperson on immigration, Andrés Fontecilla.

Share November 14, 2020 4:11 p.m. Share Québec solidaire fears a “monumental failure” of the committee on racism Caroline Plante The Canadian Press If it is not accompanied by “substantial” sums, the report of the action group against racism will be a “Monumental failure,” says Quebec solidaire (QS).

The group against racism, created in June by Prime Minister François Legault and made up of seven elected Caquists, must submit its report no later than early December, the government confirmed.

If the money does not follow the recommendations, Quebeckers will therefore be able to conclude that the government is only making “wishful thinking,” said QS spokesperson on immigration, Andrés Fontecilla.

Moreover, the Minister of Finance could have taken advantage of last Thursday's economic update to send a strong message, but he did not do it, he said in an interview.

“We are going to monitor very carefully the question of the means that are made available to this action plan, because otherwise it will be a monumental failure”, declared Mr. Fontecilla.

According to the member for Laurier-Dorion, it is simple: if we attach importance to an issue, we invest money, and we continue to invest for several years. “Otherwise, it's a sword strike in the water.”

QS wants these sums to be used primarily to hire people, who would have the task, for example, of designing training courses on racism for public sector employees.

Cultural communities should be involved “or minimally consulted”, according to Andrés Fontecilla, who concedes that the design of such training could take some time.

He asks that the groups concerned be remunerated, insofar as, according to his vision of things, they may have to develop their expertise in order to assist the government.

“We are going to monitor very carefully the question of the means that are made available to this action plan, because otherwise it will be a monumental failure” – Andrés Fontecilla, spokesperson for QS in matters of immigration

Further, QS expects the action group to tackle racial profiling, recommending that overzealous police officers be heavily penalized instead of receiving “a slap on the wrist.”

And it recommends that every year, a quarter of hires be people from minorities, until 13% of minorities are reached in the public service, or their current proportion in Quebec.

For the time being, about 9% of public service employees come from cultural communities.

“We have high expectations,” Mr. Fontecilla insists. It's a problem we've been talking about for a long time, a serious problem that makes the headlines regularly. ”

The action group against racism has not yet submitted its report as the possibility of recognizing it as a form of systemic racism in Quebec has already been ruled out by Prime Minister François Legault.

A “political and ideological” rejection, according to Mr. Fontecilla, who recalls that systemic racism “is being recognized by the whole of North American society”.

“I understand that we are a distinct society, but to the point of being so exceptional that we do not recognize a reality that everyone in North America recognizes …”

In addition, he deplores the fact that the Minister of Immigration, Nadine Girault, boycotted a federal meeting last week which aimed to discuss systemic racism.

Amnesty International has firmly denounced the attitude of the Legault government.

“The Quebec government is painting itself in the area,” concludes Mr. Fontecilla.

Teilor Stone has been a reporter on the news desk since 2013. Before that she wrote about young adolescence and family dynamics for Styles and was the legal affairs correspondent for the Metro desk. Before joining The Bobr Times, Teilor Stone worked as a staff writer at the Village Voice and a freelancer for Newsday, The Wall Street Journal, GQ and Mirabella. To get in touch, contact me through my teilor@nizhtimes.com 1-800-268-7116
Previous ArticleQuebec launches a call for projects to fight homophobia and transphobia
Next ArticleConservatives will no longer have to constantly distance themselves from Trump