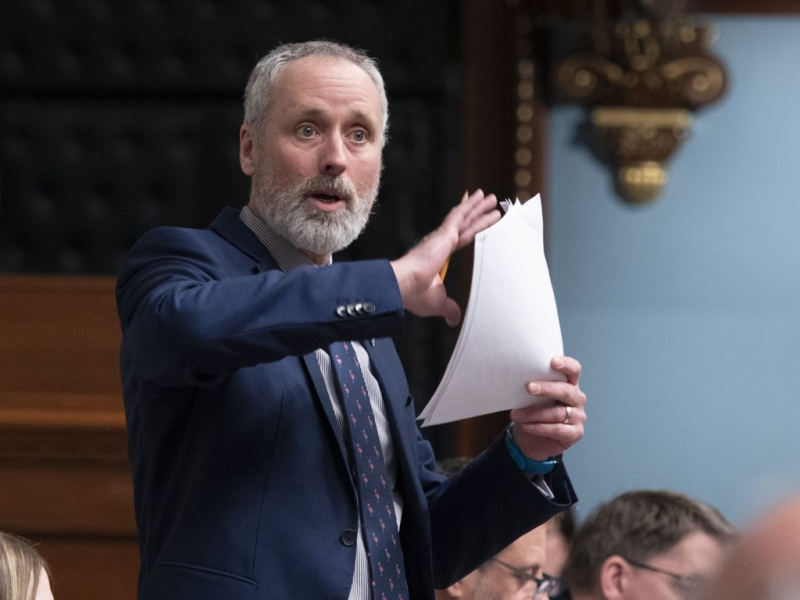 The left-wing party draws a parallel between its proposal and the nationalization of hydropower, which had allowed a takeover of the resource, said in an interview the solidarity deputy of Rosemont, Vincent Marissal.

“It is the best solution for Quebec”, he assured.

With the rise of electric vehicles, these rare metals are likely to be in high demand, and the party says the government must manage their exploitation and processing.

“If we were to resume work on James Bay, the Manic, and re-found Hydro-Quebec, would we give that to a foreign company?” Said Mr. Marissal in an interview.

Prime Minister François Legault is well aware of the value of lithium, which he compared to a “gold mine”. A year ago, he said he wanted to manufacture “100% Quebec batteries” and export them all over the world.

In an interview with Le Journal de Québec in September, the Minister of the Economy Pierre Fitzgibbon revealed that the government was ready to invest up to $ 1.4 billion in the battery sector.

But according to Mr. Marissal, the government is doing “halfway” in this way.

“Why not take what's ours?” It's up to us, it's in our soil. And the best way to make sure we do this properly is to take care of it ourselves, ”he pleaded.

He regrets that the government is entering into agreements with foreign companies “whose sole purpose is to make money.”

Quebec solidaire estimates that the partial nationalization of the mines would cost the Quebec government between $ 600 million and $ 1 billion.

The party's objective is not for the moment to nationalize all the mines, which would be too costly, according to the deputy.

“The 50% +1 nationalization initially allows us to have control over how it is mined. The whole chain, from the moment a dig, we take out the ore, and then until the piles are recovered, ”he explained.

“We also keep our hands on the lever to stop when we need it most.”

Teilor Stone has been a reporter on the news desk since 2013. Before that she wrote about young adolescence and family dynamics for Styles and was the legal affairs correspondent for the Metro desk. Before joining The Bobr Times, Teilor Stone worked as a staff writer at the Village Voice and a freelancer for Newsday, The Wall Street Journal, GQ and Mirabella. To get in touch, contact me through my teilor@nizhtimes.com 1-800-268-7116
Previous ArticleKruger's union calls for the clock
Next ArticleChina strengthens with signing of world's largest free trade agreement