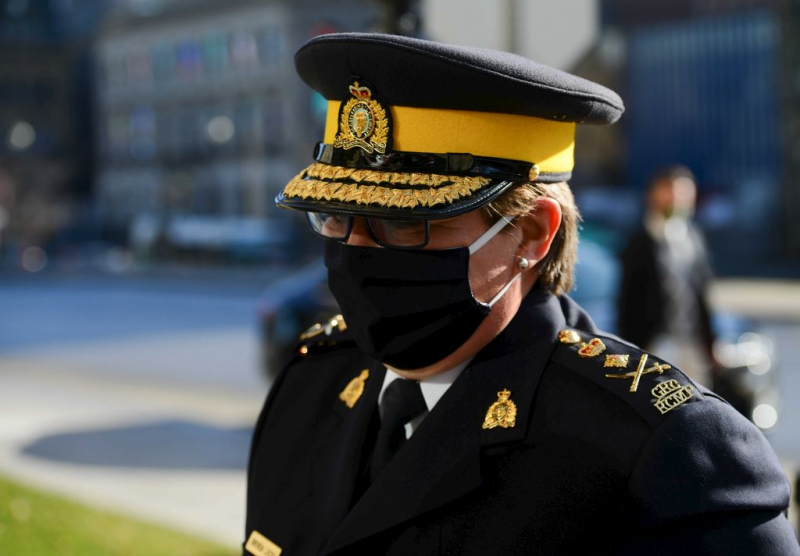 The British Columbia Civil Liberties Association says the RCMP has been delaying release of the report for more than three years and the group is now asking the Federal Court to order its release. The move comes after the RCMP failed to meet the Nov. 7 deadline set by RCMP Commissioner Brenda Lucki to finalize the National Police's contribution to the document, which would allow the Civilian Review Board and RCMP Complaints Process to publish it.

“The system for public complaints against the RCMP is completely flawed,” said Paul Champ, lawyer for the association. “Complaints take years and years to resolve, and that means the Canadian public is denied the right to be informed of RCMP wrongdoing.”

The Civil Liberties Association's notice of motion, filed in Federal Court on Monday, seeks an order declaring that the report's “significant and unreasonable delay” interfered with the association's ability to discuss important public issues, violating his right to freedom of expression.

The document also asks the court to order Brenda Lucki to respond to the interim report within 14 days. The association lodged a complaint in February 2014 with the complaints commission.

“The RCMP public complaints system is completely flawed. Complaints take years and years to resolve, and that means the Canadian public is denied the right to be informed of RCMP wrongdoing ”- Paul Champ, lawyer for the Colombian Civil Liberties Association -British

She alleged that the police force improperly collected and shared information about individuals and groups who peacefully opposed the proposed Northern Gateway pipeline and attended the National Energy Board hearings.

The association argues there that monitoring environmentalists and sharing information with other government agencies and the private sector has been a deterrent to people who wish to participate in hearings or other public debates on the issues. oil issues.

The commission launched a public interest investigation and drafted an interim report on the matter in June 2017, which was then forwarded to the RCMP for comments on the findings and recommendations.

The commission cannot prepare a final report until the RCMP commissioner responds, which also means the findings cannot be disclosed to the Civil Liberties Association or the public.

In a June 23 letter to Brenda Lucki, Paul Champ noted that the RCMP Act imposes a legal obligation to provide a response to the commission's interim report “as soon as possible”. “We are of the opinion that three years to review and respond to the interim report of the Civilian Review and Complaints Commission is clearly an unreasonable delay not contemplated by law, whether the delay is due to insufficient allocation of resources or any other cause, ”wrote Champ.

In her August 7 response, Ms Lucki said she had informed the chair of the complaints commission that she “would try to provide her with the response to the interim report within 90 days”.

“I recognize that the time taken by the RCMP to respond to the interim report of the RCMP Civilian Review and Complaints Commission on this matter has not been ideal,” wrote Ms. Lucki. Paul Champ expressed his disappointment in a follow-up letter to the Commissioner.

Paul Champ told Brenda Lucki that in the event that she does not respond to the complaints commission by November 7, he will seek instructions from the association to take the case to court.

Teilor Stone has been a reporter on the news desk since 2013. Before that she wrote about young adolescence and family dynamics for Styles and was the legal affairs correspondent for the Metro desk. Before joining The Bobr Times, Teilor Stone worked as a staff writer at the Village Voice and a freelancer for Newsday, The Wall Street Journal, GQ and Mirabella. To get in touch, contact me through my teilor@nizhtimes.com 1-800-268-7116
Previous ArticleNew statements of offense for Thor Gym de La Tuque
Next ArticleStéphane Blanchard trial: accused ill, hearings adjourned