Reasons to believe in the Canadiens' chances of surprising the Penguins 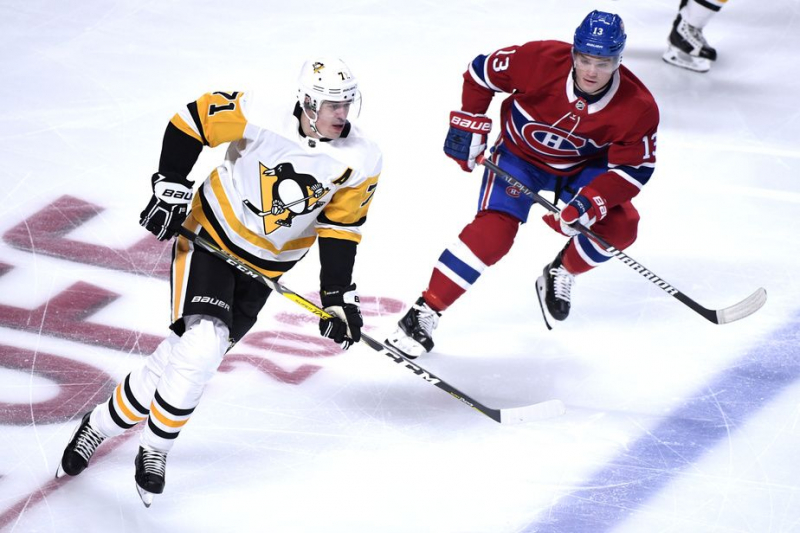 Share July 30, 2020 9:38 p.m. Share Reasons to believe in the Canadian's chances of surprising the Penguins Alexis Bélanger-Champagne The Canadian Press Marc Bergevin has been repeating for a few years that once in the playoffs, anything can happen. The general manager of the Montreal Canadiens therefore hopes to see his troops cause a surprise in the qualifying round against the Pittsburgh Penguins.

Bergevin would love to see his young nucleus gain some unexpected experience, as the Canadiens essentially had no hope of making the playoffs when the NHL season was put on hiatus on March 12 due to the pandemic again. coronavirus. This experience could be short-lived, as the qualifying round is contested in the best of five games.

The Penguins had amassed 86 points in 69 games before the cessation of activities, while the Habs had 71 after as many games.

What are the Canadiens' chances of defeating the Penguins? Is the Sidney Crosby gang safe from a surprise elimination? Here are some talking points for each team.

The Canadian will win if …

Price helped the Canadian reach the association final in 2014, before falling in battle, and was solid in the Habs' last playoff run in 2017. Price then maintained an average of 1.86 and a rate efficiency of .933 against the New York Rangers. There's no denying that Price has the potential to steal a streak, especially a short streak.

The unit of Danault, Brendan Gallagher and Tomas Tatar is one of the best in the NHL five-on-five for two years according to advanced statistics. The New York Islanders limited Crosby to an assist last spring and swept their first-round streak against the Penguins. The Habs will want to apply the same recipe.

Claude Julien decided to compose four balanced trios in the hope of seeing his troop attack relentlessly. Jonathan Drouin had 14 points in 17 games in the spring of 2016 with the Tampa Bay Lightning. Max Domi, who will likely start the playoffs in the fourth line, hopes to prove his worth in a first playoff appearance in the NHL. Well rested, young Nick Suzuki and Jesperi Kotkaniemi could also flourish during this adventure and play major roles in the success of the Habs.

The Penguins will win if …

The Penguins acquired Jason Zucker, Conor Sheary and Patrick Marleau before the trading window closed. Zucker was the one who shone the most after arriving with six goals and six assists in 15 games.

The spotlight will be on Crosby and Evgeni Malkin, but the Penguins are at their best when their two star centers aren't the only ones pulling the plow. Jake Guentzel, Sheary and Bryan Rust have played important roles in the team's recent conquests.

The situation in net for the Penguins remains uncertain, but a question mark can quickly turn into an exclamation point in the playoffs. Murray helped the Penguins win the Stanley Cup in 2016 and 2017, while Jarry kept the boat afloat this winter. Both have the potential to close the door on the Canadiens' offense.

Teilor Stone has been a reporter on the news desk since 2013. Before that she wrote about young adolescence and family dynamics for Styles and was the legal affairs correspondent for the Metro desk. Before joining The Bobr Times, Teilor Stone worked as a staff writer at the Village Voice and a freelancer for Newsday, The Wall Street Journal, GQ and Mirabella. To get in touch, contact me through my teilor@nizhtimes.com 1-800-268-7116
Next ArticleNo need for a big speech before the first Canadian-Penguins match