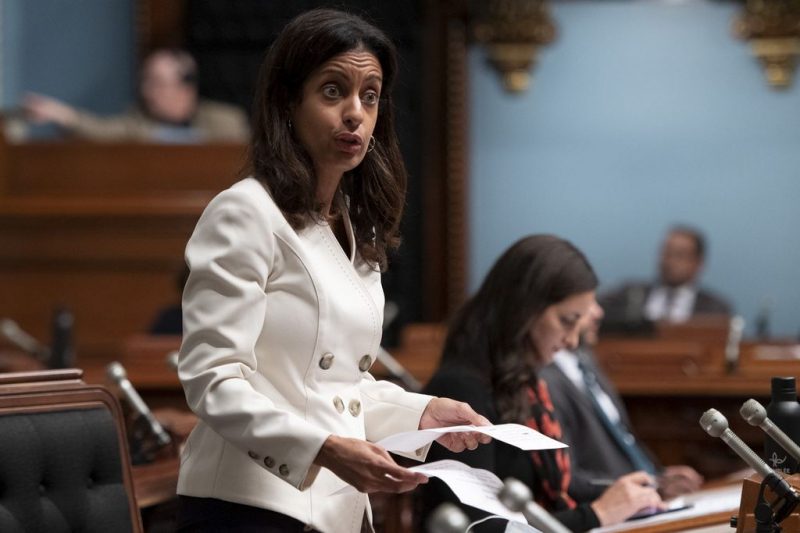 Since the beginning of the health crisis, the leader of the liberal opposition, Dominique Anglade believes that the government has not been able to anticipate the problems and properly prepare Quebec to fight against the virus.

On the contrary, demanding more transparency and explanations, they intend to force the government to account to them for its decision-making process.

All three criticize the government for wanting to see them endorse its decisions related to the fight against the pandemic, without ever having to justify its choices.

At a press briefing at the National Assembly on Tuesday, the interim leader of the Parti Québécois (PQ), Pascal Bérubé, estimated that public health had no other choice but to make public the opinions concerning the measures now. affecting the catering, bar and cultural sectors, hard hit by closures decreed the day before.

The opposition parties do not have to “accept without questioning” government decisions having a significant impact on various sectors of activity, decisions taken in principle on the basis of public health advice, according to him.

The leaders of the liberal opposition, Dominique Anglade, and of Quebec solidaire, Manon Massé, gave essentially the same speech on Tuesday.

The day before, Prime Minister François Legault had announced that three regions of Quebec were in the red zone, or on maximum alert.

In these regions (Montreal, Quebec and Chaudière-Appalaches), this situation will result from Thursday a whole series of closings for 28 days: restaurants, bars, performance halls, theaters, libraries, museums and cinemas, in particular.

“Gone are the days when we ask the oppositions to share the message (of the government) without having any indication of how the decisions were taken”, pleaded Mr. Bérubé, determined to know what the Prime Minister was based on. to make decisions.

In the House, during question period, he returned to the charge to find out “on what writings, on what opinions the Government of Quebec commits our health, our economy and our freedom before making decisions”.

But the Prime Minister remained evasive, suggesting that he had no document to produce, no written opinion from public health.

He justified this situation, arguing that decisions should “be taken quickly”.

“We don't have time for weeks to write reports. It is every day that there are decisions to be made, ”he said.

The leader of the official opposition, Dominique Anglade, is of the opinion that the decision-making process would turn out more smoothly if it were split in two: “We need to separate the words of public health and the words of politics”.

According to her, the two entities should therefore hold different press briefings, unlike what is currently happening.

Since the start of the health crisis, Ms. Anglade believes that the government has failed to anticipate the problems and properly prepare Quebec to fight the virus.

She believes that nothing has changed six months later, as the second wave begins. “I do not feel that we have sufficiently anticipated the situation”, according to her.

Ms. Anglade calls on the government to be transparent. “We need to understand how decisions are made,” she said, saying that she “has difficulty understanding” how government works.

In the House, the Liberal opposition health spokesperson, MP Marie Montpetit, noted that Quebec had “the worst record in Canada and one of the worst in the world” in terms of the pandemic.

In the same tone, the solidarity member Manon Massé also said she ignored “why the government chose such and such a thing”, such measure rather than another.

“It is up to the government to explain why it chose to keep the shopping centers open”, but to close the entire cultural sector, which had already been confined in the spring, she recalled.

Teilor Stone has been a reporter on the news desk since 2013. Before that she wrote about young adolescence and family dynamics for Styles and was the legal affairs correspondent for the Metro desk. Before joining The Bobr Times, Teilor Stone worked as a staff writer at the Village Voice and a freelancer for Newsday, The Wall Street Journal, GQ and Mirabella. To get in touch, contact me through my teilor@nizhtimes.com 1-800-268-7116
Previous ArticleThe very first electronic vote in the Commons plagued by technical glitches
Next ArticlePQ race: one more step for activist Sylvain Gaudreault