Rémi Demers wants to put an end to abandoned buildings 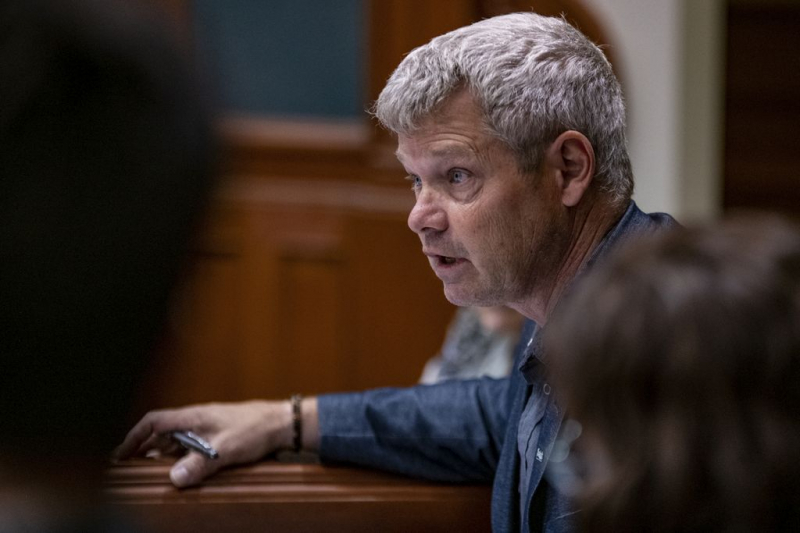 Councilor Rémi Demers believes that it is time for the municipal by-law to allow the City of Sherbrooke to force building owners to act on their property if it is not maintained.

Jonathan Custeau La Tribune No activity in a former car wash on Bowen Street since 1997. No shops in an old garage on the same street, a little further south, for almost 20 years. The councilor of the Hôtel-Dieu district, Rémi Demers, is tired of seeing owners “neglect” buildings at the heart of the Sherbrooke urban fabric. He wants the City to adopt measures to force the hand of “inactive” owners.

“There are many abandoned buildings on our territory,” Mr. Demers began last week at the city council.

“In the Hôtel-Dieu district, it has become the legendary gas station, at the corner of Bowen Sud and Caen. There is also the car wash at the corner of Saint-François and Conseil Boulevard. On a few occasions, I intervened with the town planning services so that they could look at these situations. It seems that we do not have all the regulatory power to intervene. I would like us to recheck this question and come back to us for the benefit of Sherbrooke residents. “

Mr. Demers indicates that according to him, article 145.41 of the law on land use planning and development would give the City the possibility of having more power to intervene. “I would like our legal services to work with our planning services to intervene with owners who neglect their property. “

In the article of law in question, it is specified that the council of a municipality may “establish and prescribe measures relating to the occupancy and maintenance of buildings” and that the Town may require repair work, repair or maintenance. If the owner does not carry out the work requested, the City can do it and claim the cost from the owner.

To the request for an interview made to the Communications Department of the City of Sherbrooke, La Tribune received only a short response by email. “Discussions and analyzes are still going on about dilapidated buildings. Councilor Demers and the entire council will have a follow-up on this file in the coming weeks. “

The interim president of the urban planning advisory committee, Danielle Berthold, mentions that the subject has been discussed at the executive committee and that a mandate has been given to the Legal Affairs Department to see how the municipal by-law on this subject can be tightened.

La Tribune took an interest in the case in 2016 and targeted a dozen buildings that had been put up or that had not been the subject of any project for several years. The Bowen Street garage and car wash were featured. In 2016, La Tribune wrote that the City had little power to intervene with building owners if they pay their taxes and maintain their property. At the time, an internal study was requested so that the City could study the possibility of giving itself powers of expropriation. It was specified that this measure could be costly for the City, but that the regulatory change was possible without waiting for Quebec's authorization.

“There is also the issue of decontamination, which can pose problems. I don't remember that there was an internal study that had been carried out and we had no follow-up on it. I had let go a bit because I was told that we had no regulatory power. I am relaunching the file, not only for my district, but for the benefit of all citizens, ”reports Rémi Demers.

Teilor Stone has been a reporter on the news desk since 2013. Before that she wrote about young adolescence and family dynamics for Styles and was the legal affairs correspondent for the Metro desk. Before joining The Bobr Times, Teilor Stone worked as a staff writer at the Village Voice and a freelancer for Newsday, The Wall Street Journal, GQ and Mirabella. To get in touch, contact me through my teilor@nizhtimes.com 1-800-268-7116
Previous Article“I won't let him win” – a victim of Pascal Montembeault
Next ArticleAuditor General's report: Unusual acquisition card management in Sherbrooke