Rémi Demers will not seek a new mandate 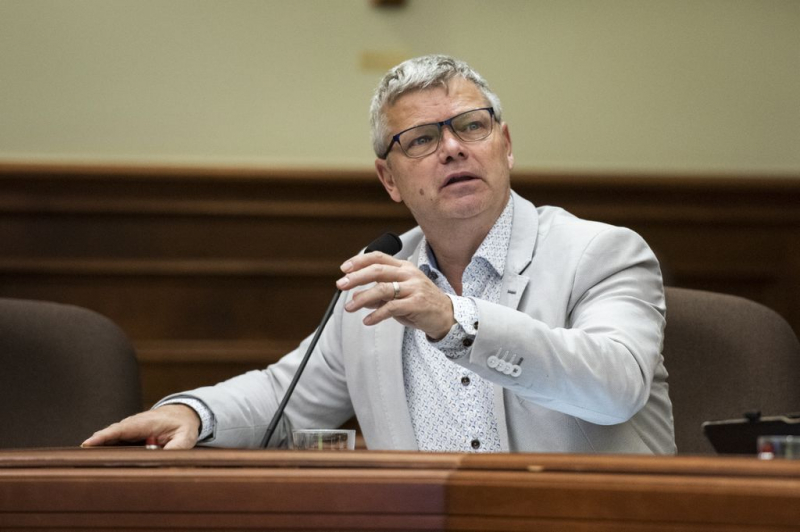 Councilor Rémi Demers announced his retirement from municipal politics at the end of the current term.

Jonathan Custeau La Tribune SHERBROOKE – Unifier. Integrated. The elected Sherbrooke residents thus qualified, Monday evening, their colleague Rémi Demers after he had announced that he would not seek a fourth term. The councilor of the Hôtel-Dieu district has effectively confirmed that he is joining the camp of future political retirees, one year from the next municipal elections.

“Being an elected municipal official is still a heavy responsibility to which I put a lot of heart, passion and pleasure. I would like to say thank you to citizens for the great confidence they have placed in me. I will work hard until the end of the mandate, ”he said.

He also greeted his colleagues by showing them all his respect. “I have always tried to work in respect and in collaboration with you. I felt the same on your side. Disputes and skirmishes do happen. We are simply humans who do important public service work, where there is significant pressure. “

Rémi Demers showed greater fragility when thanking the members of his family, they who agreed to share it with the people of Sherbrooke. He especially thanked his wife Renée, his “best professional advisor”, and his two sons. He called his mother his “best door-to-door volunteer.” “She did not miss a single election campaign. “

Mr. Demers did not fail to have a special thought for his father, Alfred Demers, who was himself an advisor from 1982 to 1990.

“It seems important to me to make this announcement today to allow women and men who would like to get started and represent the district to come forward. “

The reaction among his colleagues was unanimous, with most stressing the sense of compromise of the one who was first elected in 2009.

“I learned a lot from you. I retain your legendary calm. You represent what politics should be. I think you are a doer of good. You have always been this big brother who inspired me, ”commented Vincent Boutin.

“The politics wouldn't have been the same if you hadn't welcomed me like you did seven years ago. You've always been a conciliation guy. I learned a lot by working with you in my political life, ”declared Danielle Berthold, colleague from the Borough of Fleurimont.

Pierre Avard reports having learned to play down situations thanks to Rémi Demers. “I think the citizens of your district have been served very well over the years. “

Évelyne Beaudin believes that contact with Mr. Demers has “greatly enriched [his] career”. “In your presence we feel less stressed and more focused on our files. “

Chantal L'Espérance said she admired his sense of compromise, while Annie Godbout called him a gentleman. “You embody politics differently. “

To date, Nicole Bergeron and Julien Lachance have also announced that they will relinquish their seats at the end of the current term.

Teilor Stone has been a reporter on the news desk since 2013. Before that she wrote about young adolescence and family dynamics for Styles and was the legal affairs correspondent for the Metro desk. Before joining The Bobr Times, Teilor Stone worked as a staff writer at the Village Voice and a freelancer for Newsday, The Wall Street Journal, GQ and Mirabella. To get in touch, contact me through my teilor@nizhtimes.com 1-800-268-7116
Previous ArticleCatherine Fournier will launch her sovereignist movement next week
Next ArticleVoting intentions in Canada: virtual equality between Liberals and Conservatives