Sales are up in Quebec bookstores 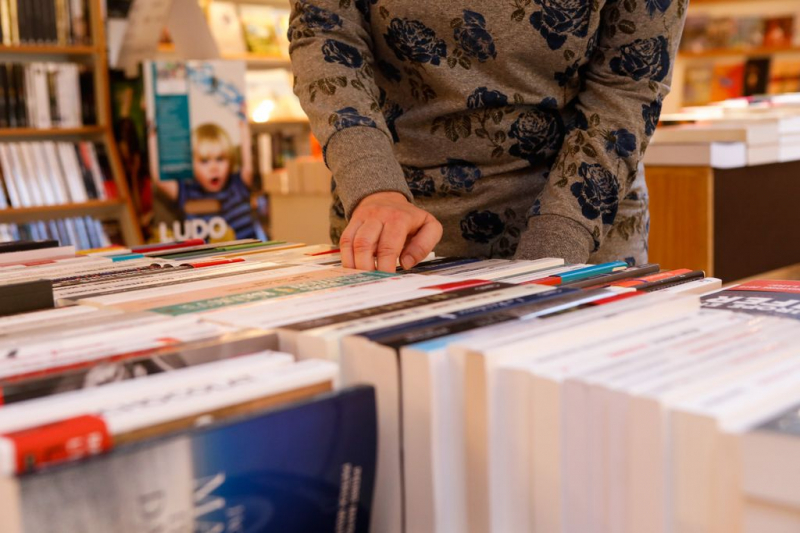 Book sales have jumped in independent bookstores across Quebec since activities resumed in May.

Share November 2, 2020 4:41 p.m. Share Sales are up in Quebec bookstores Jessica Beauplat La Presse Canadienne MONTREAL – Book sales have jumped in independent bookstores in Quebec since the resumption of activities in May, confirms the general manager of the Association of Booksellers of Quebec (ALQ), Katherine Fafard.

“A small miracle through this pandemic” which translates into an increase of 8.2% compared to the same period last year, she underlines.

The current situation is reminiscent of September 11, 2001, to the co-owner of the bookstore Le port de tête in Montreal, Eric Blackburn. “I was working in a used book store at the time,” he explains, “and I remember that from that very day there was a massive surge in sales, as if people needed to read for be reassured. ”

The confinement period lends itself well to reading, in Ms. Fafard's opinion, because reading is a solitary activity. She also describes it as a “refuge” activity that can bring comfort as well as a stimulating dose of adrenaline after a day in front of the screen.

The sustained traffic experienced by independent boutiques since their reopening in May is “almost unexpected” good news, adds Ms. Fafard, especially when she compares her situation with that of her other colleagues in the cultural sector.

While access to culture in theaters or cinema remains unlikely for most of Quebec, the book is still there, she recalls.

Quebec books at the top

The Quebec book is popular and it stands out from its colleagues on shelves across the province. “People are taking action” to support local purchasing, recognizes the director of the ALQ.

Another category that sits at the top of the charts: esoteric books. “I imagine that in times of crisis people are looking for answers to natural phenomena or not,” offers Ms. Fafard by way of explanation.

“We are a long way from the slaughter we feared in March,” admits Mr. Blackburn. In our case, what was lost for the spring period was recovered towards the end of July. “

The boom in Quebec books is due to its “exceptional quality”, according to him. Half of the books sold in his shop were written by local authors, he said, although Quebec production accounts for less than 50% of French works.

Same observation at the Librairie de Verdun. “The Quebec book has become the favorite of customers,” says owner Philippe Sarazin.

Spring has been “horrible and insecure” for his business, he says bluntly. It has not yet fully recovered from the losses caused by the closure of the months of March to May, but since the resumption of activities business has been going well.

This enthusiasm sometimes causes queues in front of his bookstore, a situation that reassures him. It remains to be seen “if people will continue to wait in line outside this winter”, he wonders.

Shannon Desbiens had a good reason to celebrate on August 12th. Its Les Bouquinistes bookstore in Saguenay has had “its best day ever” since it opened in 1979, during the annual J'achète un livre québécois initiative. “Our numbers corresponded to what we normally do during the holiday season!” he rejoices.

He explains that the leslibraires.ca platform allowed the Chicoutimi bookstore to get through more difficult months. It is therefore full of hope that he is preparing to take over this forty-year-old institution as co-owner.

David Lessard-Gagnon had been a bookseller at the Coopérative de l'Université de Sherbrooke for nine years. A privileged witness to the upheavals that the book ecosystem has experienced over the years, this did not prevent him from joining the Les Appalaches bookstore which opened on October 21 in the midst of a health crisis.

It should be noted that he has been immersed in this universe since his birth … or almost. “I was six months old when my mother started working in a bookstore. She retired two years ago, ”explains Mr. Lessard-Gagnon, who says he has fulfilled a dream that has lived in her since childhood by continuing this adventure.

Sales are going well, the reception has been “fantastic” since the opening and some are even on their second or third visit when they have been open for barely a week, reports the young bookseller.

And what about the big guys? “The book industry is doing quite well considering the state of affairs,” notes Floriane Claveau, communications and marketing advisor at Renaud-Bray.

Sales on the web, in particular, increased during the closing of stores in the spring and have been maintained since, comments the spokesperson. She says their warehouse dedicated to online sales made warehousing and order logistics easier.

Independent booksellers agree that the profit margin on online sales remains slim given the price of mailings. Mr. Blackburn makes deliveries a few hours a day to remedy this problem.

“It's not a business model that would allow us to survive,” adds Mr. Sarazin. It's still better than not making any sales at all. ”

What was only a negligible share of sales last year accounts for 15% of its turnover today. However, he prefers to encourage in-store pick-up from his customers and insists that a solution must be found for postage costs.

Teilor Stone has been a reporter on the news desk since 2013. Before that she wrote about young adolescence and family dynamics for Styles and was the legal affairs correspondent for the Metro desk. Before joining The Bobr Times, Teilor Stone worked as a staff writer at the Village Voice and a freelancer for Newsday, The Wall Street Journal, GQ and Mirabella. To get in touch, contact me through my teilor@nizhtimes.com 1-800-268-7116
Previous ArticleTikTok signs contract with Sony
Next ArticleA first “team” Félix for David Goudreault