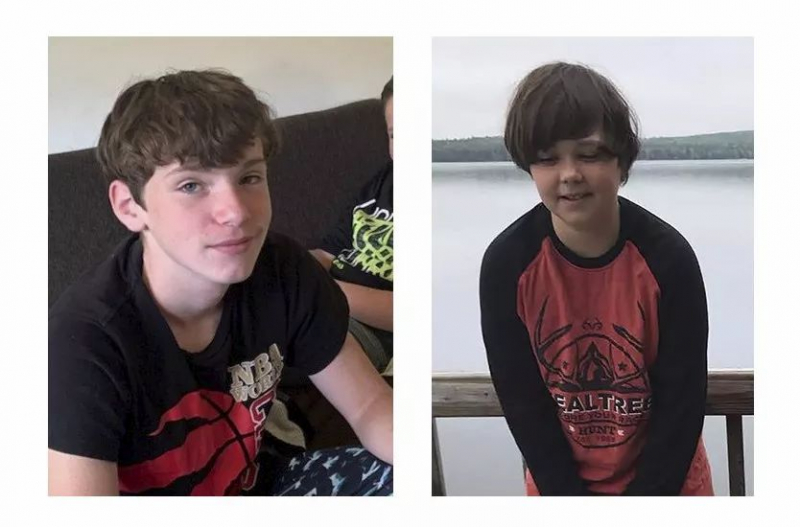 Jakob Burns and Demetry Wright, aged 13, have been missing from the town of Chamcook since Thursday.

Share November 10, 2020 2:14 p.m. Updated at 9:46 p.m. Share Search continues to find three teenagers in New Brunswick The Canadian Press SAINT-JEAN, NB – The Royal Canadian Mounted Police (RCMP) reported Tuesday morning that the searches are continuing in New Brunswick to find three young adolescents, who are believed to be in the Saint-Jean region.

Corporal Brent Allaby of the RCMP's St. Stephen's Detachment recalls that the teens texted friends and family to let them know they were okay, but police still do not know where they are.

“So we know we're taking care of them,” he said. “They are warm and dry, they are fed. We think they are just trying to avoid us. ”

The boys traveled to Saint John in a black SAAB convertible, which was found by police on Sunday, Corporal Allaby said in an interview. On Monday, “Maggie's” mother Jan Kiley said the three youngsters attended the same school and one of the boys was her daughter's boyfriend.

The police officer recalls that even if the three teenagers seem to be safe and in contact with their friends and their family, it is still a case of disappearances for the parents and the police. Parents of teens are frustrated and desperately want them to return home, he said.

The search is also frustrating for police, he said, as the case hogs resources that could be deployed elsewhere. According to Corporal Allaby, at least two RCMP officers were still assigned to the case Tuesday in Saint-Jean.

Information has been coming in from across Atlantic Canada since police released pictures of the teens, he said. “We have to take this information seriously until we can refute it. Everything is useful, however. I would rather have information than not have it. ”

Teilor Stone has been a reporter on the news desk since 2013. Before that she wrote about young adolescence and family dynamics for Styles and was the legal affairs correspondent for the Metro desk. Before joining The Bobr Times, Teilor Stone worked as a staff writer at the Village Voice and a freelancer for Newsday, The Wall Street Journal, GQ and Mirabella. To get in touch, contact me through my teilor@nizhtimes.com 1-800-268-7116
Previous ArticleMTB clubs against the increase in the legal age from 14 to 16
Next ArticleHe holds up a Dollarama and leaves empty-handed