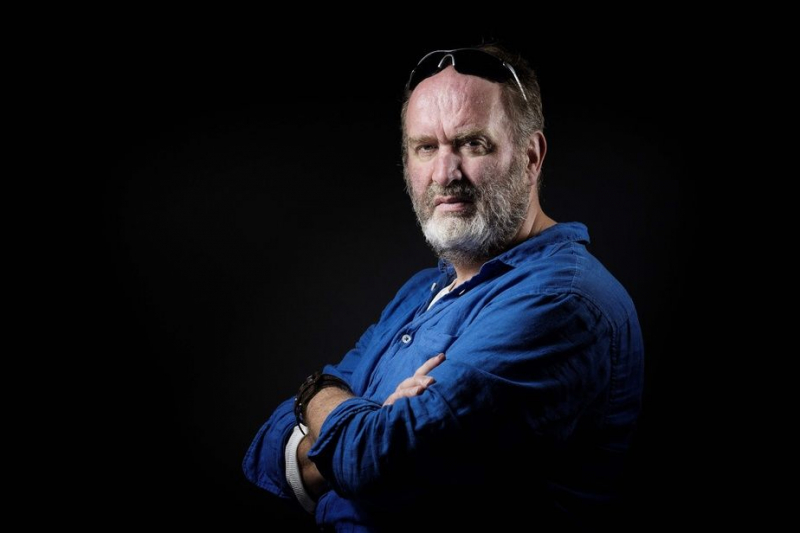 Serge Joncour won the Femina for his novel Human Nature .

Share November 2, 2020 10:55 am Share Serge Joncour wins the Femina Agence France-Presse PARIS prize – Serge Joncour, with Nature Humaine , won the Femina prize for the French novel on Monday, while most of the other literary awards have postponed their edition pending the reopening of bookstores.

With Human Nature (Flammarion), Serge Joncour, 58, signs a great rural novel which depicts the changes in France at the end of the 20th century, through the fate of a family of farmers in the South West.

His vision of the time is disillusioned, the world going from disaster to disaster (the drought of 1976, Chernobyl, the storm of December 1999), and yielding to the coldest economic rationality. “Now that the Berlin Wall had fallen, liberalism remained the only validly organized and stocked model, the only model of civilization offering the right amount of branches and outlets all over the world, one world, one world where any commodity was endlessly marketable, ”he writes.

The Femina Prize for Foreign Novel went to the Briton of South African origin Deborah Levy, for her autobiographical diptych, The cost of living and What I don't want to know (Éditions du Sous-Sol). This 61-year-old novelist, little known in France, recounts her years of training, and her career as a mother, wife and writer.

Christophe Granger, for Joseph Kabris or the possibilities of a life (Anamosa), wins the prize for the essay. The historian and sociologist reflects on the biography and fate from the life of Kabris (1780-1822), an extraordinary character, an adventurous sailor who left his ship to live in the Marquesas, then embarked for the Far East Russian and crossed Russia, returned to France where he died in poverty.

Finally, a Special Jury Prize was awarded to the Lebanese Charif Majdalani, for Beirut 2020 (Actes Sud). His “diary of a collapse” is a chronicle of a capital rich in history, but facing terrible difficulties in the present, until the explosion of a huge stockpile of ammonium nitrate on August 4.

The exclusively female jury stood out from others, such as those from Goncourt or Interallié, who will await the reopening of bookstores, affected by the ban on “non-essential” businesses.

“In the current, long-lasting context, silence is the worst thing for threatened cultural life, in particular for literature. Consequently, we choose to support, by the means which are ours, the booksellers who organize themselves and resist everywhere ”, wrote in a joint statement the juries of Femina and Medici.

The Médicis prizes (for the French novel, the foreign novel and the essay) must be awarded on Friday.

Teilor Stone has been a reporter on the news desk since 2013. Before that she wrote about young adolescence and family dynamics for Styles and was the legal affairs correspondent for the Metro desk. Before joining The Bobr Times, Teilor Stone worked as a staff writer at the Village Voice and a freelancer for Newsday, The Wall Street Journal, GQ and Mirabella. To get in touch, contact me through my teilor@nizhtimes.com 1-800-268-7116
Previous ArticleDepp loses libel case, but wants to appeal
Next ArticleBaby Shark dethrones Despacito on YouTube [VIDEO]